Television actress, Shefali Jariwala revealed how she and her husband, Parag Tyagi had managed to be at his hometown and the challenges they had faced. Find out! 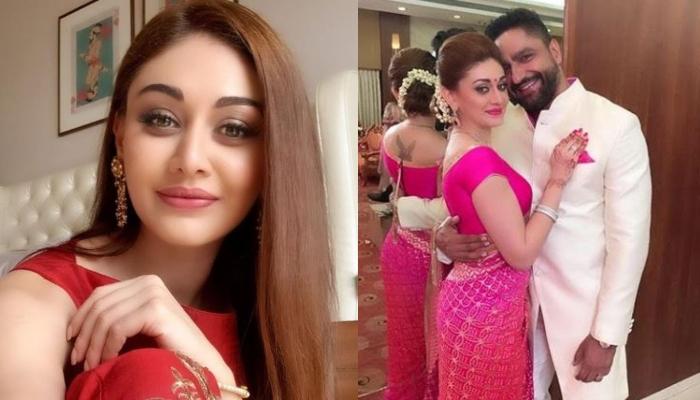 The television industry’s one of the cutest and loved couples, Shefali Jariwala and Parag Tyagi are facing too much heat from destiny at the moment. There’s no doubt that this isn’t the best of times for Shefali Jariwala’s husband, Parag Tyagi and their whole family as they lost an important member of their family in the name of Parag’s dearest father. As ongoing coronavirus is getting bigger and bigger, it was surely a huge blow to take at this point of time because not a lot of relatives and family members were able to be with them in this tough time. (Recommended Read: How Pankaj Kapur Revived Relationship With Son Shahid Kapoor Years After Divorce With Neliima Azeem)

However, luckily the couple had managed to be there to perform the last rites of Parag’s father. Aghori actor, Parag Tyagi along with his doting wife, Shefali Jariwala had flown to Delhi from Mumbai after which he drove to his hometown, Modinagar in Ghaziabad. And in a recent interview, the actress had talked about it in detail. 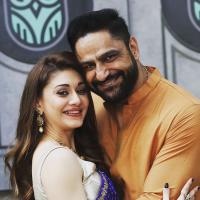 In a conversation with the ETimes, television actress, Shefali Jariwala talked about the stress in which they were because of a constant fear that they will not be able to be with the family to perform Parag’s father’s last rites because of the shutdown of flights. Luckily, the fights had resumed and they had managed to perform the last rites of Parag’s father in his hometown with some other family members. She said, “My father-in-law was not keeping well for the past few months. On Monday, just before his dialysis, he suffered a massive heart attack and succumbed to it. It was an extremely stressful time but fortunately, the flights had just resumed and we managed to get one out of Mumbai on the 26th and could make it in time for his last rites.” (Don’t Miss: Sanjay Dutt And Maanayata Dutt's 9-Year Old Daughter, Iqra Makes 'Gulab Jamun' With Her Mom) 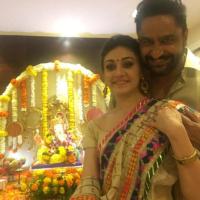 The television actress and a doting wife, Shefali Jariwala also revealed that there weren’t a lot of people during the last rites because of the ongoing coronavirus pandemic. A lot of people were missing during the last rites but the absence of her brother-in-law, Anurag Tyagi, who is settled in Australia hit them the hardest. The actress revealed, “Keeping the current corona situation in mind we decided to perform the rituals just with immediate family for everyone’s safety. Parag's Older brother couldn’t make it since he lives in Australia and the international flights are not operational.” Well, it’s truly disheartening to hear about Parag’s father’s demise and how his brother wasn't able to perform his father’s last rites tells us the story of this cruel virus, COVID-19. 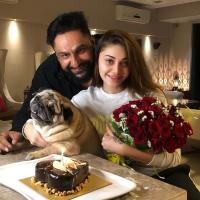 On May 28, 2020, Shefali Jariwala had taken to her Instagram handle and had posted three pictures from Mumbai airport and had talked about deserted silence that she had witnessed in the area. Along with the pictures, Shefali Jariwala had written a small note about the whole situation of the outside world because of the ongoing coronavirus pandemic in her caption and it could be read as “One of the busiest airports in the world #mumbaiairport, never looked so deserted before...lifeless I can say... this has been such a saddening travel experience... no hugs, no kisses, no enthusiasm... only fear. I pray to god it all becomes normal soon... but then wondering, maybe this is the new normal.... and it’s time to accept it... hope not!” 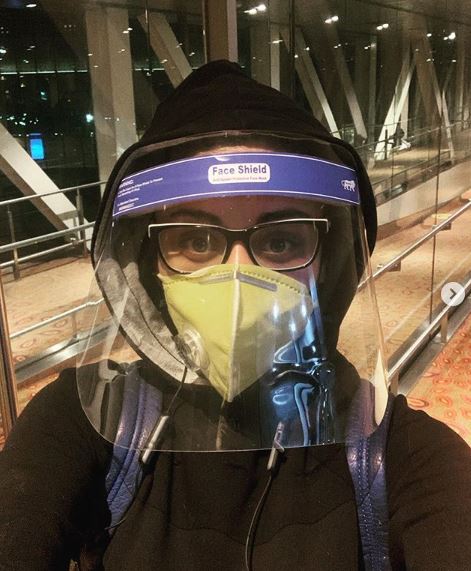 Well, it was Aghori actor, Parag Tyagi, who had broken the news of his father’s demise in a conversation with India Forums. The actor had confirmed the news and had also revealed that the cause of his death was a heart attack. Parag Tyagi had also talked about the way he and his wife, Shefali Jariwala had managed to reach his hometown in Ghaziabad to perform the last rites. Talking about his father’s health in recent months, he had revealed, “Yes, he was not well. And it happened on Monday. He went for his dialysis and suddenly he got an attack. Shefali and I reached yesterday. We took a flight from Mumbai and luckily the flight services had already started or else we would have to travel by road.” (Also Read: Radhika Pandit's Droolworthy Picture Of Hubby, Yash And Their Baby Boy Is All About Father-Son Love)