“Once in a while, in the middle of an ordinary life… love gives us a fairy tale” - Meet Varun Bhanot and Anisha Seth, who proved it just right with their dreamy wedding at Disneyland, Paris. 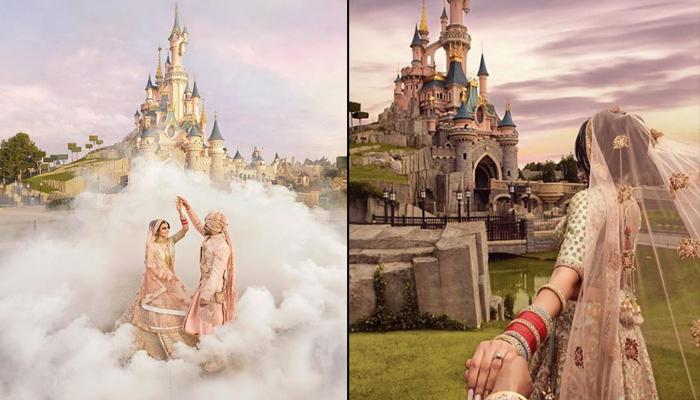 From Cinderella, Snow White, Aurora, Jasmine to Rapunzel; since forever as girls, we have been crushing over Disney princesses and have envied their outfits. And we bet, there’s no woman in the world, who would say no to a Disney-themed wedding! If your dreamy fairytale wedding includes carriages and castles, then this piece is surely for you! Thanks to Disneyland, ‘dreams come true’ is not a myth anymore and one can actually fulfil their childhood dream of kissing their Prince Charming in a real-life castle. (Also Read: NRI Bride Wore Deepika Padukone's 'Dil Guldasta' Reception Lehenga At Her Wedding, Looked Heavenly)

“Once in a while, in the middle of an ordinary life… love gives us a fairy tale” - Melissa Brown, Picturing Perfect. Meet Varun Bhanot and Anisha Seth, who proved it just right with their dreamy wedding at Disneyland, Paris. Before taking you to the ‘fairytale’ wedding at the happiest place on Earth, Disneyland, let us make you envious by giving you a glimpse of how Varun had popped up the question to his ladylove, Anisha. 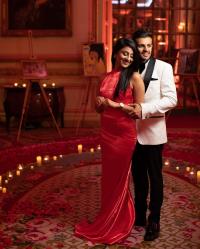 Co-founders of Unhoused.org, which is a startup focused on using groundbreaking technology to solve problems for the unhoused, Varun Bhanot and Anisha Seth became partners for life by walking down the aisle in Paris. Varun had proposed his sci-fi fan girlfriend, Anisha and had taken her 200 feet up in a helicopter saying that it is to celebrate his birthday. Varun had spent 3 months calling out farmers requesting them if they could accommodate with his idea. Everything eventually fell into place and even better as the field was close to the Lovell Telescope, at the Jodrell Bank Observatory, tying in with Anisha’s interest in the cosmos. 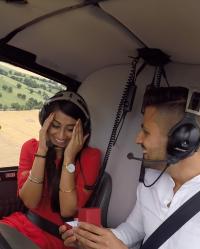 As per a New York August 2018 post, Varun Bhanot had said, “Alisha loves space, so it was a great place to do it. It was also the only farm we could get to agree – I think they liked our story. I think because of the heatwave, a lot of farmers wanted to get the harvest in early. But we found people who were happy to wait until I’d created the crop circle. I came up with the idea and wanted it to be really simple.” 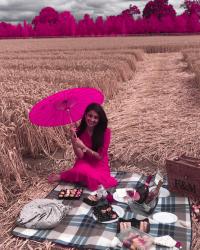 Describing the proposal further, Varun Bhanot had continued, “We ended up going to a helipad. I said I’d got a voucher for a helicopter experience. Luckily she loved it and thought it was a fun thing to do.” Varun had then gave a mid-air speech to his girlfriend of four years and had asked her to look out of the window as he took out the engagement ring. Varun remarked, “I pulled the ring out and she said ‘yes’ right away. My brother and sister helped out with calling farms – we just worked our way through Yellow Pages. Alisha loves space, heights and exhilarating things. She was absolutely stunned. I think she thought I was just proposing when I started making the speech in the helicopter.”

After they landed, Varun Bhanot had arranged for a picnic in the middle of the crop circle. Varun had said, “I think the pilot said they had had a proposal on the helicopter before but he’d never seen anything like this.” To which, Anisha added, “It was absolutely shocking. I think I sort of knew it was coming – but that weekend I was so blindsided by it being his birthday. I genuinely had no idea, my guard was completely down. I thought we were going to a spa, and I thought it was a bit silly, but I didn’t say anything. I was so lucky as the bride-to-be with how involved his family was. He genuinely is a creative genius. It is so heartwarming for me to know there is such a loving family there.”

The then bride-to-be Anisha Seth had shared her experience and was quoted as saying, “I was just swept off my feet, I was so overwhelmed. It was like shell-shock. I love fields and farmland, so it was perfect. I feel like Varun listened to everything I ever said. All I can say is I felt like a queen.”

Then the countdown for her wedding begun which was followed by another surprise for the bride-to-be. Anisha Seth had gotten a surprise bridal shower by her nearest and dearest ones. Sharing the pictures, Anisha had written, “Happy girls are the prettiest. Thank you to my nearest and dearest for the Surprise Bridal Shower! @shiv_13 smashed it! #varisha2019 #bridalshower #frommisstomrs #bhootbhangra #countdownbegins.” Anisha had also shared her 'hen party' pictures and had captioned them as ““Maybe our girlfriends are our soulmates...” Thank you to my best and beautiful ones for the most amazing and crazy hen! #Varisha2019 #BridetoBe #sofia2k19 #Bulgaria #IGotOne #AnishasBitches #AnishasHens #gollum #Precious #Goldstars #TakiTaki #Difference #BhootBhangra #Resurrection #MarrymyCousin.” (Also Read: This Video Of A Pandit Singing Bollywood Songs On Pheras Instead Mantras At A Wedding Is Going Viral)

Varun Bhanot and Anisha Seth had an engagement ceremony in April 2019, and it was a teaser to their upcoming grand wedding. For the engagement ceremony, Anisha had looked beautiful in a purple-coloured lehenga with minimal jewellery and Varun, on the other hand, had looked dapper in a suit which he had paired with a purple-coloured jacket. Varun and Anisha had made their entry on a boat to their engagement venue on the beats of dhol. (swipe right to see them all!)

Finally, the dream-day arrived i.e., Varun Bhanot and Anisha Seth’s Disneyland, Paris wedding, for which this madly-in-love couple had twinned in pastel-coloured ensembles. While ‘Varun ki dulhaniya’, Anisha had looked resplendent in a pastel-pink-coloured lehenga, her dulhe raja had colour-coordinated with her and had looked dapper in his sherwani. From a goofy baraat in the car and a carriage entry for the dulhan for the traditional marriage to a breathtakingly gorgeous white wedding, concluding with dhamakedaar bhangra, Varun and Anisha’s marriage sums up what a dream looks like! 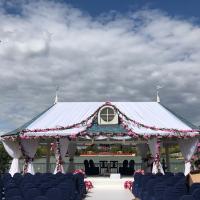 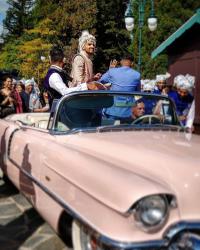 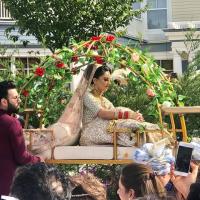 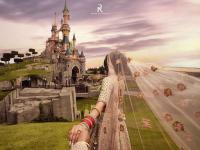 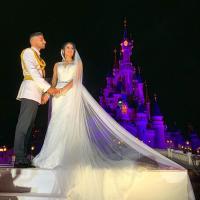 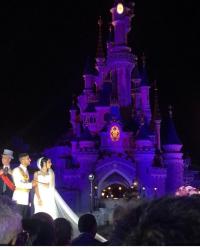 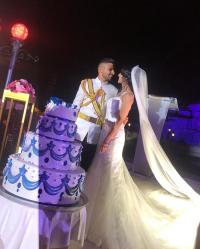 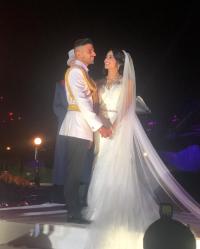 Varun Bhanot and Anisha Seth had taken their chaar laava (four pheras) at the Brent Sikh Centre, UK on August 26, 2019. For the Anand Karaj ceremony, Anisha had looked ethereal in the traditional red-coloured lehenga which she had paired with heavy jewellery, chooda and kalire. Varun had opted for a black-coloured sherwani which he had complemented with a red dupatta and an off-white pagdi. (Also Read: This Bride's Killer Dance Moves On 'Teri Aakhya Ka Yo Kajal' With Her Bridesmaids Goes Viral) 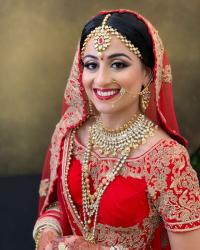 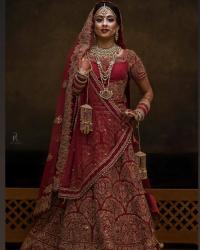 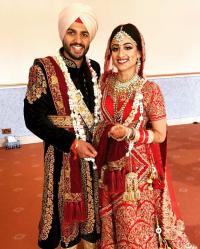 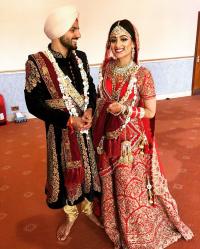 And they lived happily ever after…!