It's been two months to television actress, Niti Taylor's intimate wedding with Parikshit Bawa. Check out as the actress gets her hubby's name inked on her ring finger! 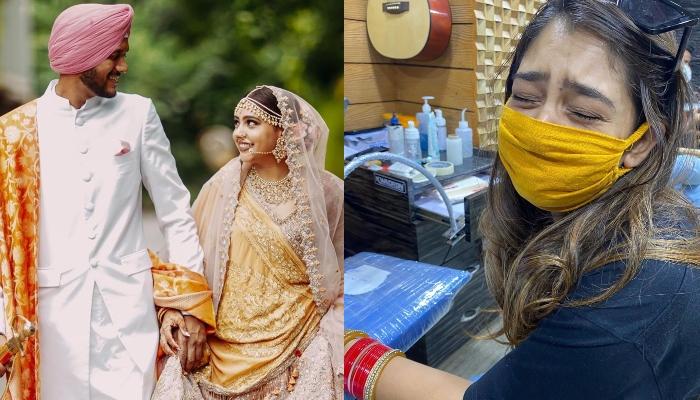 The first tattoo is always special as it brings along the magic of tomorrow and the past all wrapped in a black ink that you wish to get on your skin for 'forever'. A permanent tattoo is the only thing that we take to our grave, and every permanent tattoo has a story behind it. And television actress, Niti Taylor recently got a special tattoo inked on her skin on her second-month wedding anniversary. Scroll down to know more!  (Recommended Read: Prince Narula And His Wife, Yuvika Chaudhary Are Diagnosed With Dengue On Their Second Anniversary)

It was on October 6, 2020, when Niti had given a sweet surprise to her fans. The actress had taken to her Instagram handle and had informed her fans about her 'hush-hush' wedding amidst the pandemic. Niti had shared a wedding trailer of her wedding and had revealed that she had tied the knot in an intimate ceremony on August 13, 2020. However, she had thought that the pandemic will get over and she will be able to celebrate her new beginnings, but the Coronavirus had ruined her plans of big celebrations. 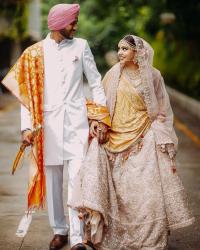 On October 13, 2020, Niti took to her Instagram handle and shared glimpses of getting a permanent tattoo of her hubby, Parikshit Bawa's name on her ring finger. In the pictures, we can see Niti flaunting the tattoo on her ring finger. We also spotted a picture with a cute cake for their second-month wedding anniversary. The actress captioned the post as "Please Swipe Right! For the longest time, it was my dream, that the day I got married I want to get a tattoo of my husband’s name on my ring finger. I have fulfilled my wish. It was a very long name and small fingers, but managed. This is my Second Monthly Anniversary gift to my better half. And yes the cute little cake. To many more celebrations." Check it out below: 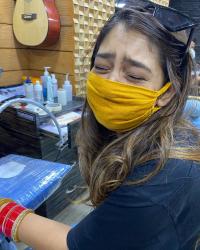 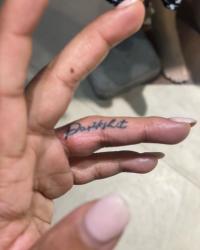 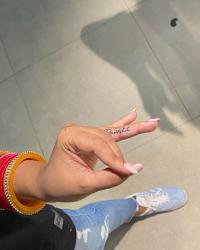 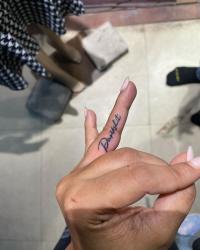 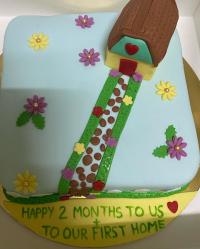 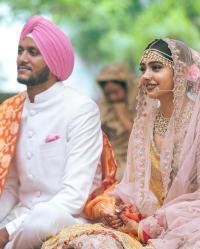 A couple of days ago, Niti had taken to her Instagram handle and had shared glimpses of her first cooking at her in-laws. In the pictures, we could see Niti cooking halwa and she was looking super gorgeous. The actress had donned a pink-coloured suit with matching pink and orange dupatta. Alongside it, she had written, "Pehli Rasoi. #aatakahalwa." (Also Read: Bigg Boss 14: Sidharth Shukla Flirts With Gauahar Khan, Says, 'Aap Ye Karengi Toh Muje Pyar Hojaega') 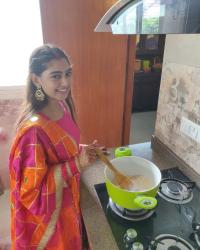 Talking about Niti and Parikshit's love story, in an interview with the Bombay Times, the actress had revealed how the two had fallen in love. She had stated, “I knew Parikshit from school and back then, we were good friends. A few months ago, we reconnected on Instagram. When I started to know him better, I realised that he is a gem of a person. I met him in Delhi. My parents met him too, and they also liked him a lot. The best part about having Parikshit in my life is that we share the same qualities.”

She had further added, "I have always said that I will not marry someone from showbiz. I am happy that I am getting married to a man of my parents’ and my choice." (Don't Miss: Shraddha Kapoor Is Spell Bound With 'Maasi', Padmini Kolhapure's Singing In 'The Kapil Sharma Show')

Well, we love Niti's tattoo! What about you? 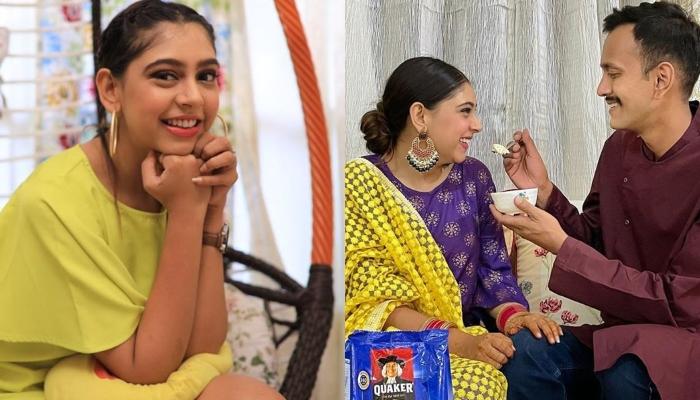 A birthday is the most important day in anyone's life. However, for a newly married couple, it holds a lot more importance as they celebrate each other's big day together as a unit in a new family. It is a wonderful opportunity for your loved ones to express their love for you.