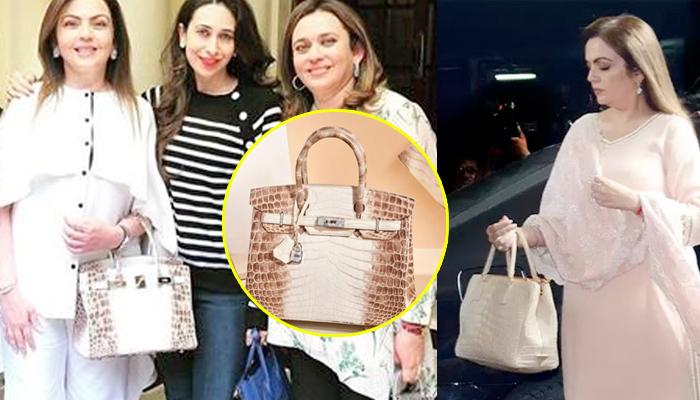 The Ambanis are one family who has the power to change the mood of the entire nation and they not only rule Mumbai but the country as well. Ambanis are perhaps the only people whom nobody in this country has the power to say no to. Even the celebrities who are mostly private are seen in the functions hosted by the Ambanis. (Suggested Read: Taimur Ali Khan Celebrates Maasi, Karisma Kapoor's Birthday With Mommy, Kareena And Family)

From their high-end family functions to even the mildest shopping spree, it costs a million bucks to them. And which girl would not want to be in a position which Nita Ambani so readily enjoys. Wife of India's richest man, Mukesh Ambani, Nita Ambani is known for slaying her beauty every time she is snapped. Even at the age of 55, she can give A-list actresses a run for their money. 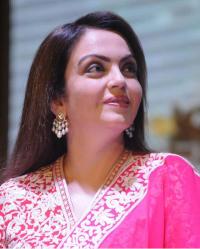 Nita Ambani was recently snapped in London with the Kapoor sisters, Karisma Kapoor and Kareena Kapoor Khan. The awesome sibling duo was in London for a mini-vacation and Nita Ambani was there to cheer for India during the on-going World Cup 2019. A picture from the lunch outing of Nita Ambani, Karisma Kapoor and Kareena Kapoor Khan had gone viral on social media, which Lolo herself had posted. 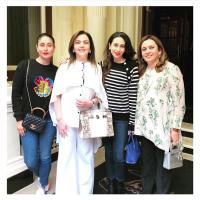 And now, netizens are raving about Nita Ambani's handbag which she was seen flaunting in style. Nita Ambani's Hermes' handbag, made up of Himalaya Crocodile Skin, is a rare handbag! Hermes Birkin is one of the most popular expensive bag brands among the celebrities, and we can't help but get swayed by the one possessed by Nita Ambani. As per a report in The Economic Times, this rare handbag is laced with gold and diamonds and in a 2018 auction, it was sold at USD 300,322.

Nita Ambani is one of the richest women in the world today but she comes from a very humble background. Talking to IDiva once, Nita Ambani had shared, "When Mukesh and I were seeing each other, he would pick me up in his Merc. One day, I asked him to see my mode of travel and we took a BEST bus. I’m glad that my kids have also used public transport for their college trips. Life is about being aware of things around." (Must Read: Karisma Kapoor Turns 45 But Looks Not A Day Older Than Twenty, Shares A Perfect Birthday Picture) 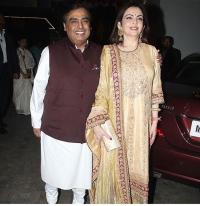 Nita Ambani had also disclosed to the online portal that she used to give Rs 5 to her kids when they were in school as pocket money. Recalling an incident related to the same, Nita Ambani had shared, "When my kids were still young, I’d give them Rs 5 each every Friday to spend in the school canteen. One day, my youngest, Anant, came running into my bedroom and demanded he be given Rs 10 instead. When I questioned him, he said his pals in school laughed whenever they saw him take out a five-rupee coin saying,‘Tu Ambani hai ya bhikari!’ Mukesh and I couldn’t help but crack up." 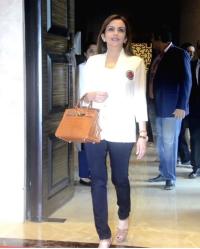 Nita Ambani is the proud owner of the IPL team of Mumbai, Mumbai Indians and now she wants to venture into more things. In fact, she had disclosed recently that she wants to open a hospital soon. She was quoted as saying, "Next on my agenda is the hospital. It’s a 400-plus bed multi-speciality hospital." 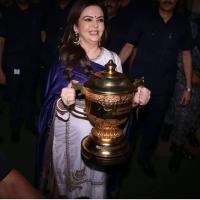 Talking about her marriage with Mukesh Ambani, Nita Ambani had shared how she wasn't allowed to go out of the house after 11 pm before she got married. Reminiscing those days, she had revealed, "My mum was a disciplinarian and we were barely allowed to go out — just four times in a year — and there was no pocket money given. Not to mention my curfew, which was midnight. As Mukesh worked late nights, he could only come across to see me by 11 pm to Santacruz, where I stayed. Just an hour later, we had to toe the curfew. So he said, ‘Let’s get engaged.’ We did. That, of course, did not sort out the curfew issue, so we decided to do away with the deadline totally and take the plunge." (You May Like: Mira Kapoor Gives Us A Quick Glimpse Of Her 'Sunshine', Shahid Kapoor, Video Inside)

Nita Ambani's Hermes Birkin handbag is something every girl would dream to own one day, right? Share your views!