Nita Ambani donned a grey-toned fur coat borrowed from her darling daughter-in-law, Shloka Mehta. And it's price is unmissable. Check out!

The wife of business tycoon, Mukesh Ambani, Nita Ambani, is known for her grace, poise and charm. Apart from being the strongest support of her husband, she is also one of the directors of Reliance Industries and chairperson and founder of the Reliance Foundation, Dhirubhai Ambani International School. However, coming to her fashion skills, she definitely knows how to ace all of her looks. Be it her traditional ensembles for donning at weddings or at family occasions, or keeping it simple and casual for outings, Nita's wardrobe has everything.

However, Nita Ambani's one such stunning look, donning her bahu, Shloka Mehta's coat, is winning our hearts. This proves the beautiful bond shared by Nita Ambani with her daughter-in-law, Shloka Mehta. For the unversed, Nita and Mukesh Ambani's son, Akash Ambani, had tied the knot with his childhood sweetheart, Shloka Mehta, on March 09, 2019, in a grand wedding. The Ambanis had rocked the wedding with numerous extravagant pre-wedding festivities, however, their stunning ensembles had grabbed our eyeballs. Check out some of the 'happy family pictures' including the Ambani bahus. 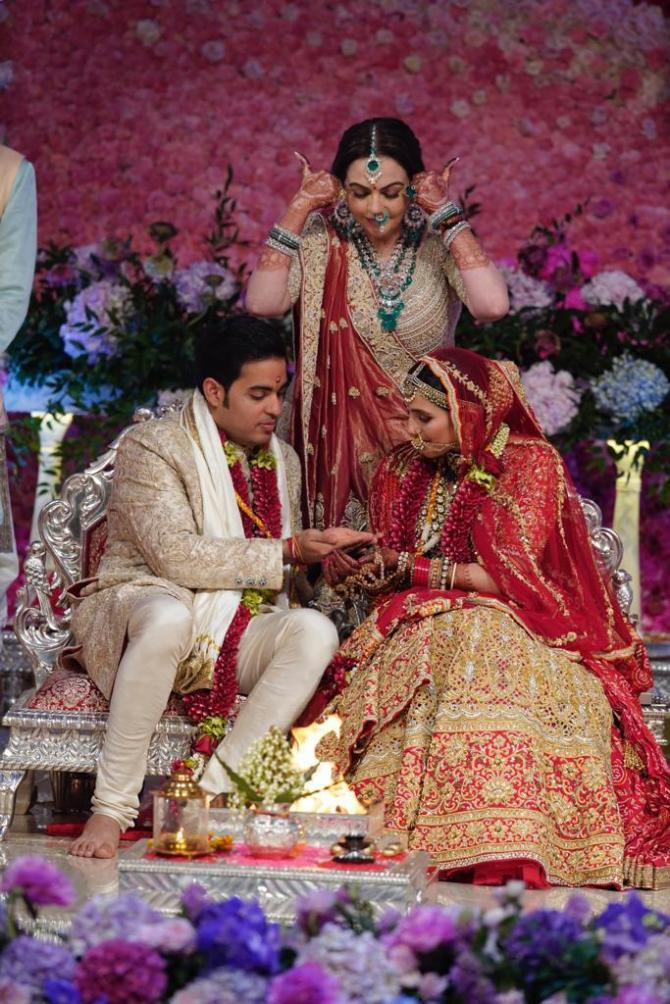 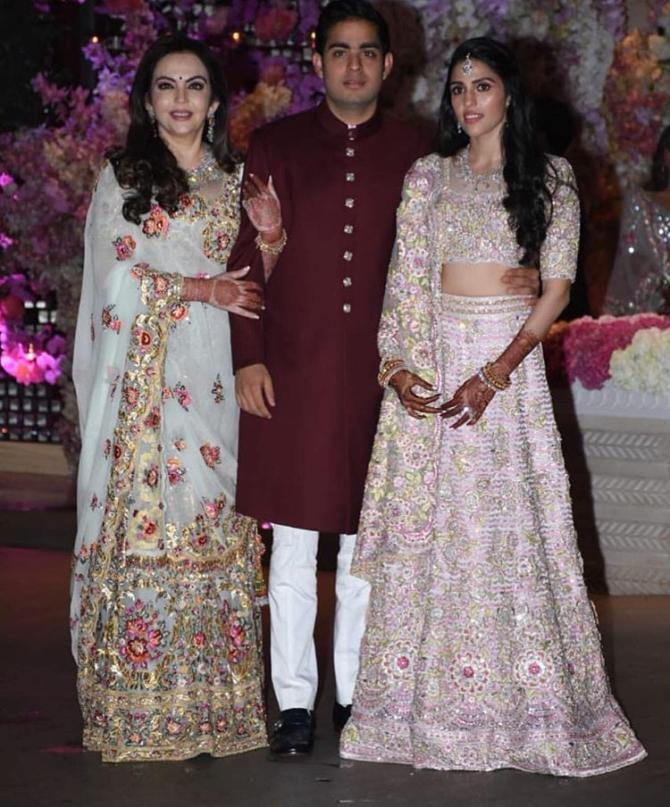 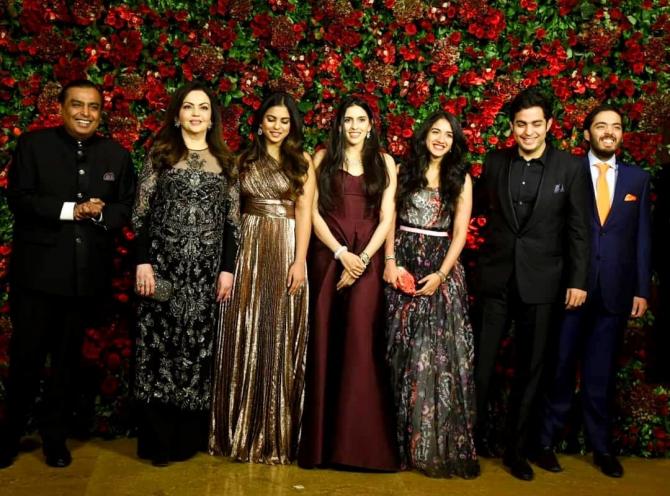 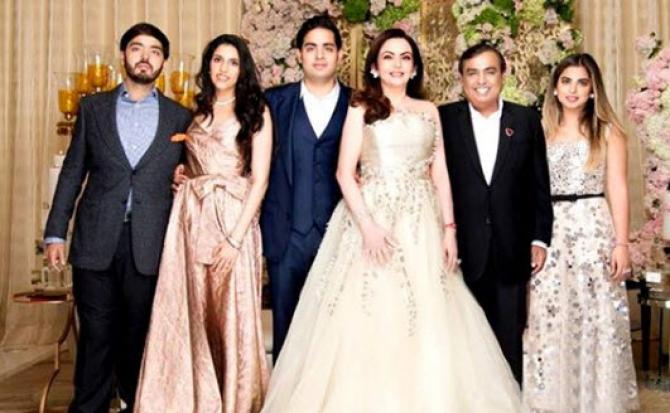 We stumbled upon an unseen picture of Nita Ambani and her daughter-in-law, Shloka Mehta donning the same fur coat, shared by one of the Ambani fan pages. In the picture, Shloka was seen riding a 'Disney Van' with her husband, Akash Ambani, reportedly captured during their pre-wedding festivities. Shloka was also seen wearing a grey-toned beautiful winter coat paired with a mini skirt and looked no less than a princess. In the following picture, Shloka's mother-in-law, Nita, was seen wearing the same fur coat paired with a black sweater and a white collared shirt, reportedly on one of her winter days. 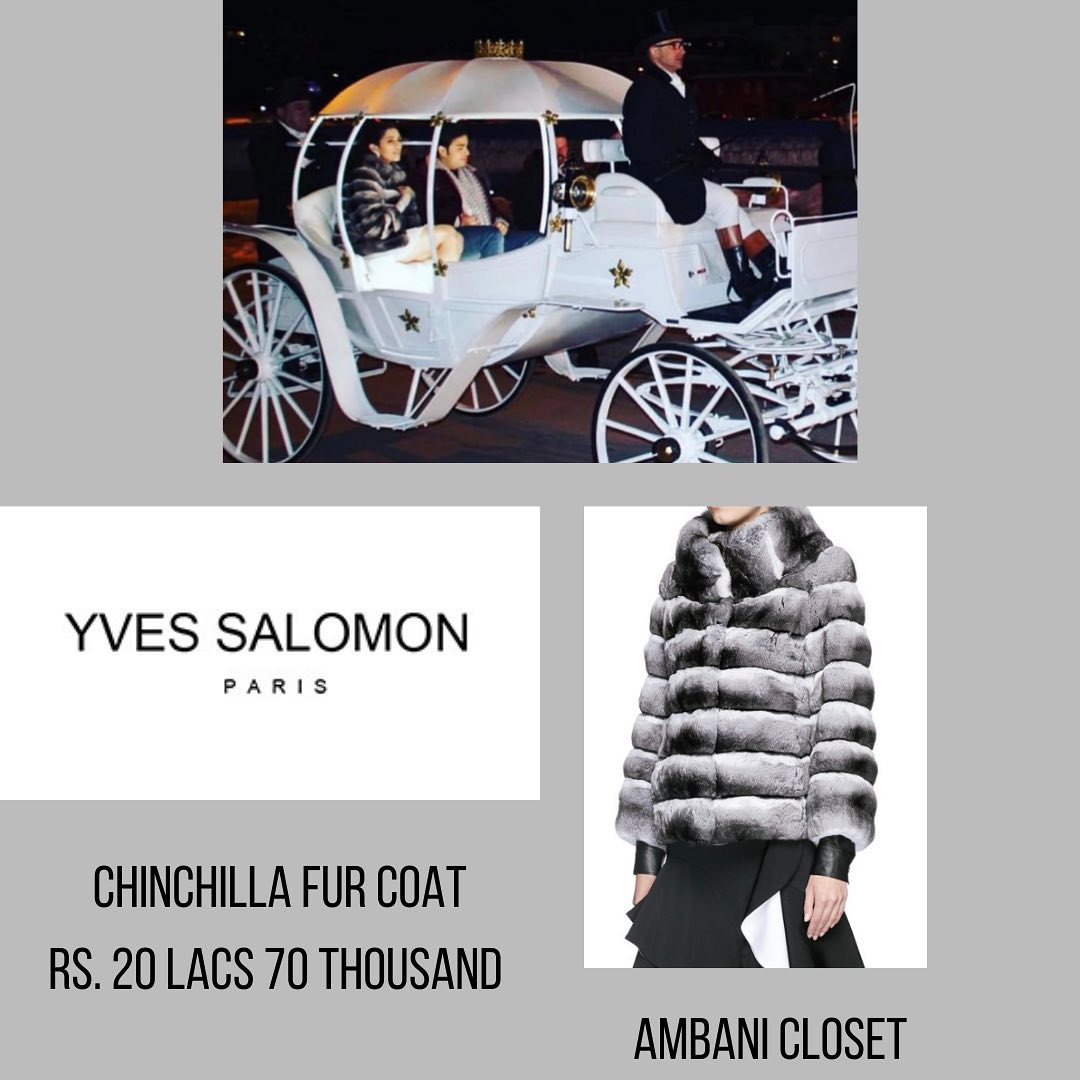 The beautiful grey-toned fur coat worn by Shloka Mehta and her mother-in-law, Nita Ambani, is from the brand, Yves Salomon. Nita allegedly borrowed the coat from her bahu to don at one of her winter parties. The price tag of the coat is Rs. 20,70,000 and donning this, both the saas-bahu duo looked super cool. Nita Ambani is always seen accompanying her family on outings, exhibitions or charity events, and the loving mother-in-law was also seen holding hands, posing and smiling with her daughters-in-law in front of the paparazzi. For instance, on April 01, 2019, Akash and Shloka had gone to Yuvraj Singh's retirement bash along with Mukesh Ambani, Nita Ambani and Isha Ambani Piramal. Nita was seen holding her bahu's hand while posing for one picture. Check out: 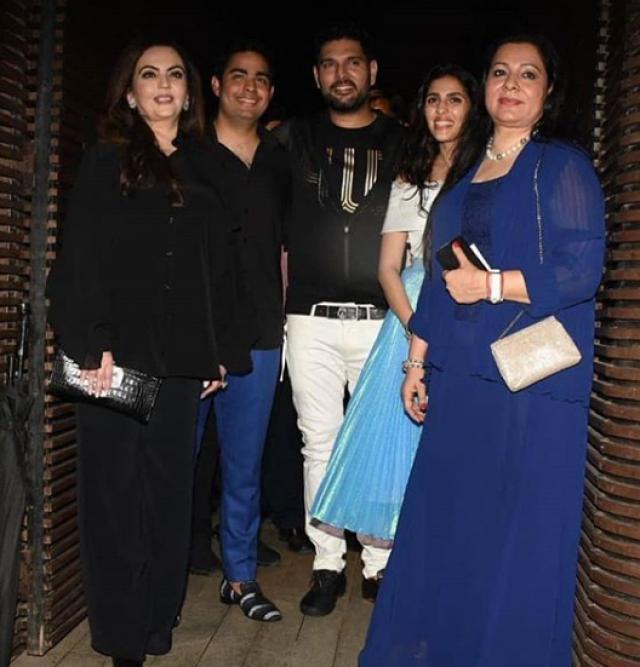 Earlier, Nita had also penned a beautiful poem for her bahu, Shloka Mehta and beta, Akash Ambani's sweet beginnings in life before their wedding. This poem definitely proves Nita and Shloka's warm bond. Her poem could be read as:

“They went to Kindergarten to learn ABC, Not knowing — que sera sera — What their future would be… Gummy bears and jujubes, Sparkle pops and jelly beans… Sweetened their lives, From childhood through teens! Till glasses of milk made way for cups of tea… And the Sky fell in love with sweet Chants of glee! From ponytails and Barbies…  From pranks and football… The years just blended… And, today they stand tall – With their eyes full of love with one single plea… Their hearts beat in rhythm Singing, “Will you marry me?” Today we bless them, and today we pray: All through their lives, on each golden day, May they always be there holding hands side by side, may Gods shower their blessings on this groom and his bride!” Next Read: Kajol's Daughter, Nysa Devgan Oozes Glam In A Mini Satin Dress As She Parties With Her Friends 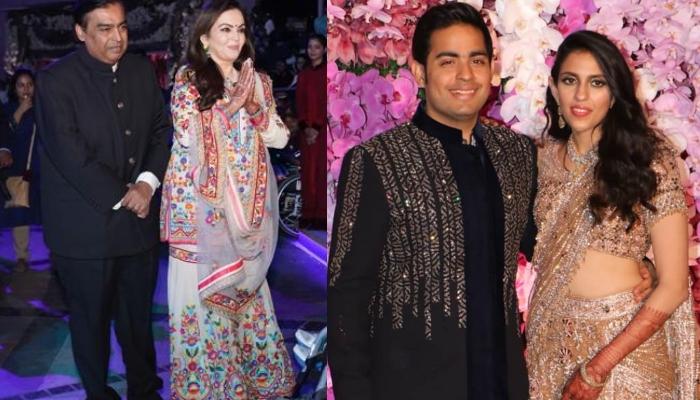 Ambanis are known for celebrating their weddings as one of the biggest festival, and their son, Akash Ambani’s wedding to Shloka Mehta on March 9, 2019, was nothing less than a festival. While we are still drooling over their wedding pictures, the family hosted a series of pre-wedding bash. And,