Scroll down to check out Priyanka Chopra Jonas and Nick Jonas' second wedding anniversary wishes for each other!

Truly said, 'you fall in love at the most unexpected time with the most unexpected person', because that's how love works! Incomprehensible at the surface and happens when it's meant to happen. Who had known at the time that a simple exchange of a text message between two seemingly not connected but popular global stars would be the beginning of a beautiful love story! Yes, we are talking about Priyanka Chopra and Nick Jonas! (Recommended Read: Aditya Narayan and Shweta Agarwal Twin In White For Their Wedding, The 'Barat' Sets Off Dancing)

Started off from a DM on Twitter, Priyanka Chopra and Nick Jonas have come a long way in their journey together. As the super adorable lovebirds are celebrating their second marriage anniversary on December 1, 2020, they took to their respective IG handles and penned cute wishes for each other. Scroll down to check out Priyanka and Nick's anniversary wishes for each other! 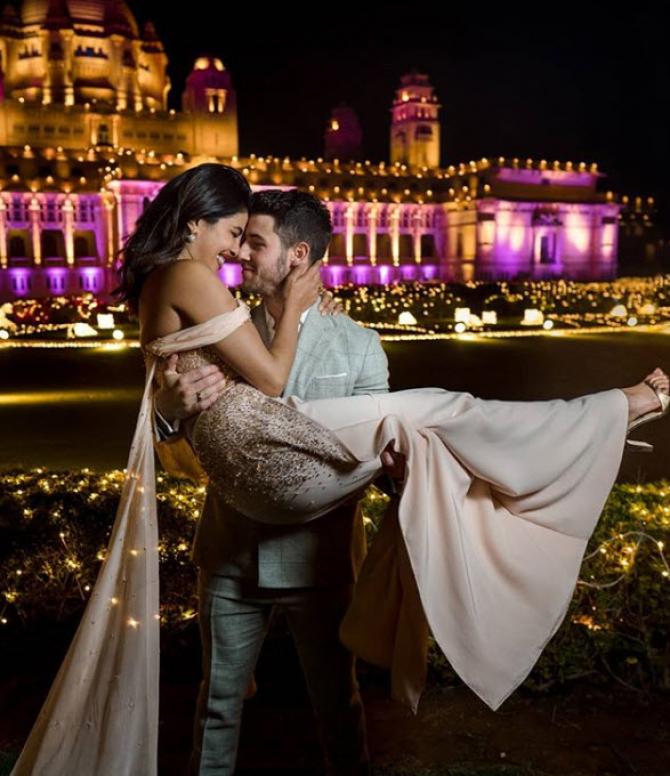 Priyanka Chopra Jonas took to her IG handle and posted a candid click with her dear hubby, Nick Jonas and wrote, "Happy 2 year anniversary to the love of my life. Always by my side. My strength. My weakness. My all. I love you @nickjonas." Nick Jonas also took to his IG handle and posted two beautiful wedding pictures from their Christian wedding and penned a sweet note for his gorgeous wife on their second marriage anniversary. He wrote, "Two years married to the most wonderful, inspiring and beautiful woman. Happy anniversary @priyankachopra I love you." On his post, Priyanka Chopra Jonas commented, "I love you meri Jaan." Priyanka's cousin sister, Parineeti Chopra also commented on her jiju's post and wrote, "Whatta day." 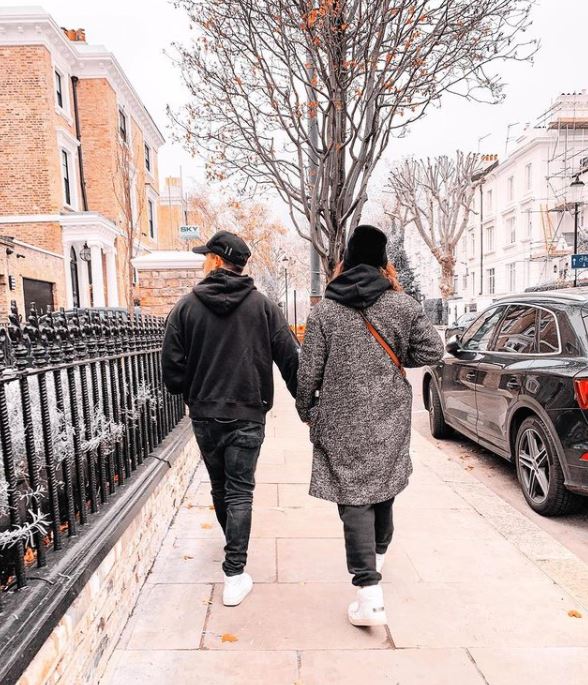 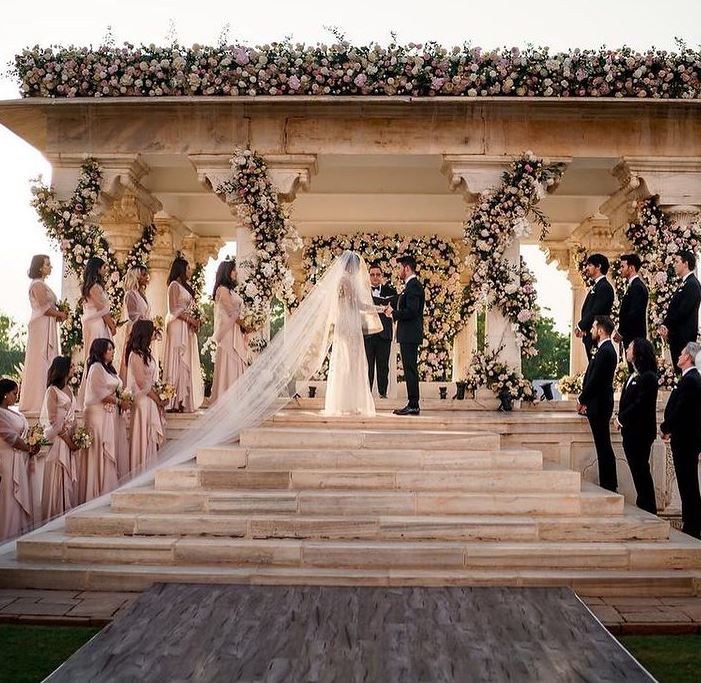 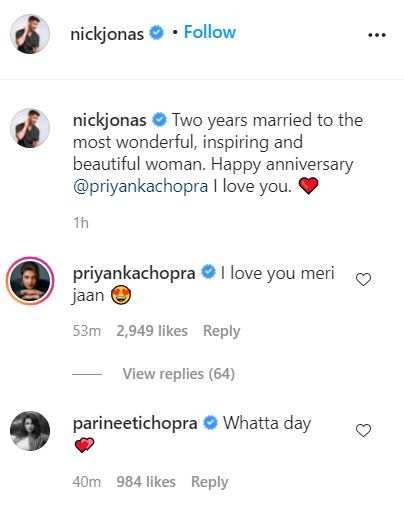 Although it has been two years, we still remember what a spectacularly grand affair Priyanka Chopra and Nick Jonas' wedding was. From their jaw-dropping wedding attires for both the weddings (Hindu and Christian) or the blinding grandeur of the venue, everything was just unreal! Back then, speaking about her bridal attires in an interview with a leading daily, Priyanka had remarked, "It wasn't about fashion. I wanted something unique. Both the dresses - red and white - were personalised for me... I wanted the longest veil in the world and I got that. The outfits were personal choices." (Also Read: Amit Sadh Reveals The Truth Behind His Dating Rumours With Kim Sharma, Makes A Statement) 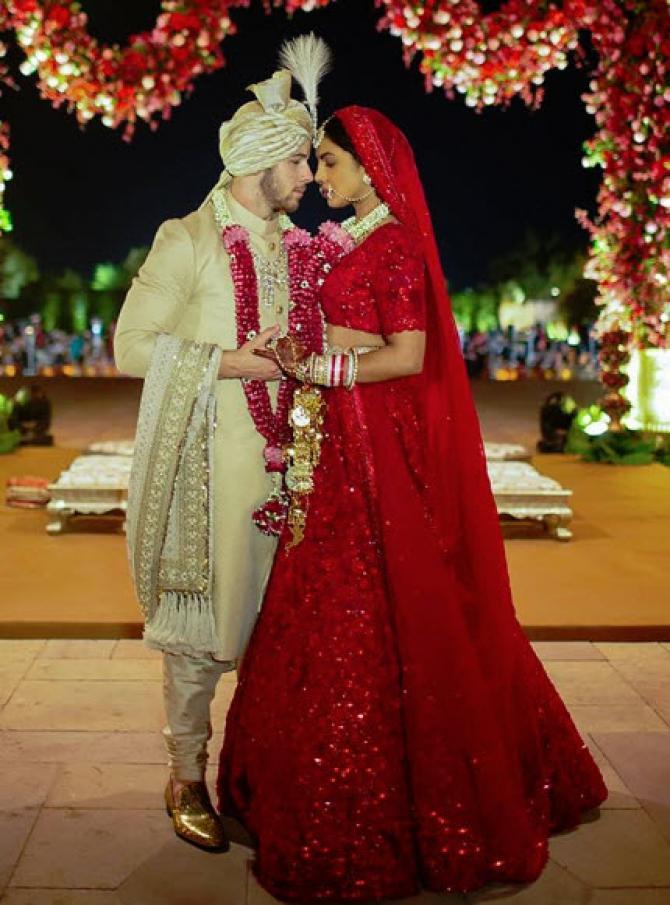 In an interview with People, Priyanka Chopra had opened up about how, despite growing up dreaming about marriage, she had given up on the idea in her 20s. Stating that she wasn't sure what relationship meant, Priyanka had said, "I loved the idea of being married, I was fascinated with the idea of being a bride when I was a child without realising what it really meant. But when I got in my 20s, I said I have got things to do, I didn't know what it would have meant. When you find the right person, everything is so comfortable and not everything is the effort I thought it would be." Later, she added that marriage was an alien concept for her, "For a really long time, I was like, I don't know. Being married was such an alien thought. But [now] I am so comfortable in it." 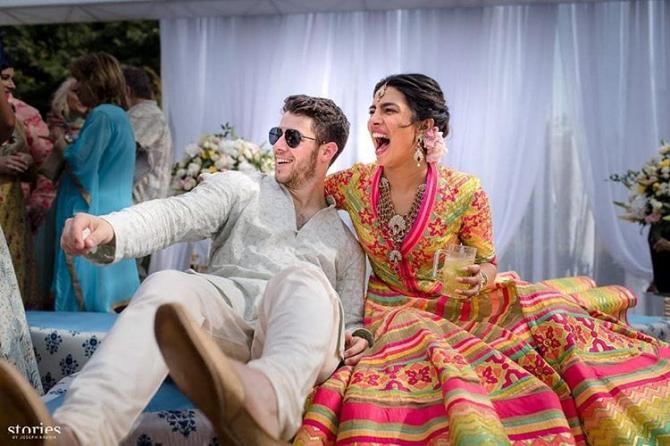 On the question of how one can find the right person, the  actress had said, "You have got to stop looking, that is how it worked." Priyanka had also opened up on other aspects of her personality and her ambitious nature. She had said, "I'm very ambitious. When I was first growing up, I thought that that was seen as not really a good thing when a woman was too ambitious. And slowly over time, I realized that was my strength." (Don't Miss: Famous Singer-Duo, Sachet Tandon And Parampara Thakur Get Married, Couple Reveals Their Love Story)