The newbie mother, Anam Mirza is currently enjoying the joy of becoming a mother for the first time. Anam and her husband, Mohammad Asaduddin had welcomed a baby girl, Dua, into their lives on August 15, 2022. The couple is currently on cloud nine, as they're enjoying every bit of the beginning of this parenthood phase. The doting mommy never skips a chance to document her motherhood journey so far and shares glimpses from the same with her followers through her multiple social media handles. For instance, it was on October 15, 2022, when Anam Mirza's daughter, Dua, turned two months old.

On her daughter's special day, Anam Mirza had shared a beautiful video on her IG handle. In the clip, we could see Dua's daddy, Mohammad Asaduddin's hand opening into her mommy, Anam's hand, after which the little munchkin's hand popped out in the video, melting everyone's hearts in happiness. The video was also filled with Dua's cutesy swaddle, which made everyone fall in love with the little princess all over again. Sharing the video, Anam had written:

On October 29, 2022, Anam Mirza took to her Instagram handle and shared an adorable picture of her sister, Sania Mirza's son, Izhaan and her daughter, Dua, from their playing session. In the picture, Izhaan can be spotted wearing the mask of the famous Marvel superhero, Spider-Man. The elder cousin was acing his brotherly duties, as he was rightly engaged in making his baby sister, Dua smile. While the hands-on cousin looked handsome in a blue shirt and matching denim, the little princess can be spotted relaxing in a baby stand. Their doting mommy captured the priceless moment between the adorable cousin duo. Atop the photo, Anam penned a one-line note, and it can be read as: 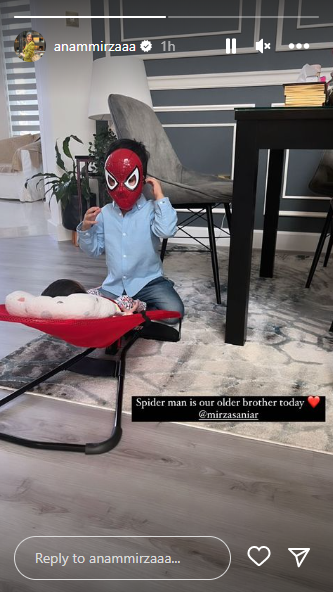 A few weeks back, Anam Mirza had taken to her IG handle and posted a monochrome picture with her adorable daughter, Dua. In the mesmerising frame, the newbie mommy could be seen cradling her little daughter and placing a sweet peck of love on her forehead. While dropping the picture, Anam had also penned a note atop it. In her note, Anam shared how tough it was for her as a mother to stay away from her daughter all day long. However, Anam had also added that she had felt guilty for leaving her daughter home. Her note could be read as:

"Back home to baby. So hard to leave her home and then the guilt is something else." Time and again, Anam Mirza keeps sharing notes and snippets from her life as a mother as they are well-cherished by her massive fanbase on Instagram. For instance, on August 23, 2022, Anam had posted a note on her IG handle, in which she shared her experience of being a mother so far. In her powerful and a bit emotional note, Anam shared that after embracing motherhood, she couldn't stop apologising to her mom for all their fights. Her note could be read as:

"Week one being a mom: My Mom was right, "jab maa banogi pata chalega". Can't stop apologising to my mom for all the fights, I ever had with her. Patience. Patience. Patience. Most grateful for my family and friends. No two days are the same." 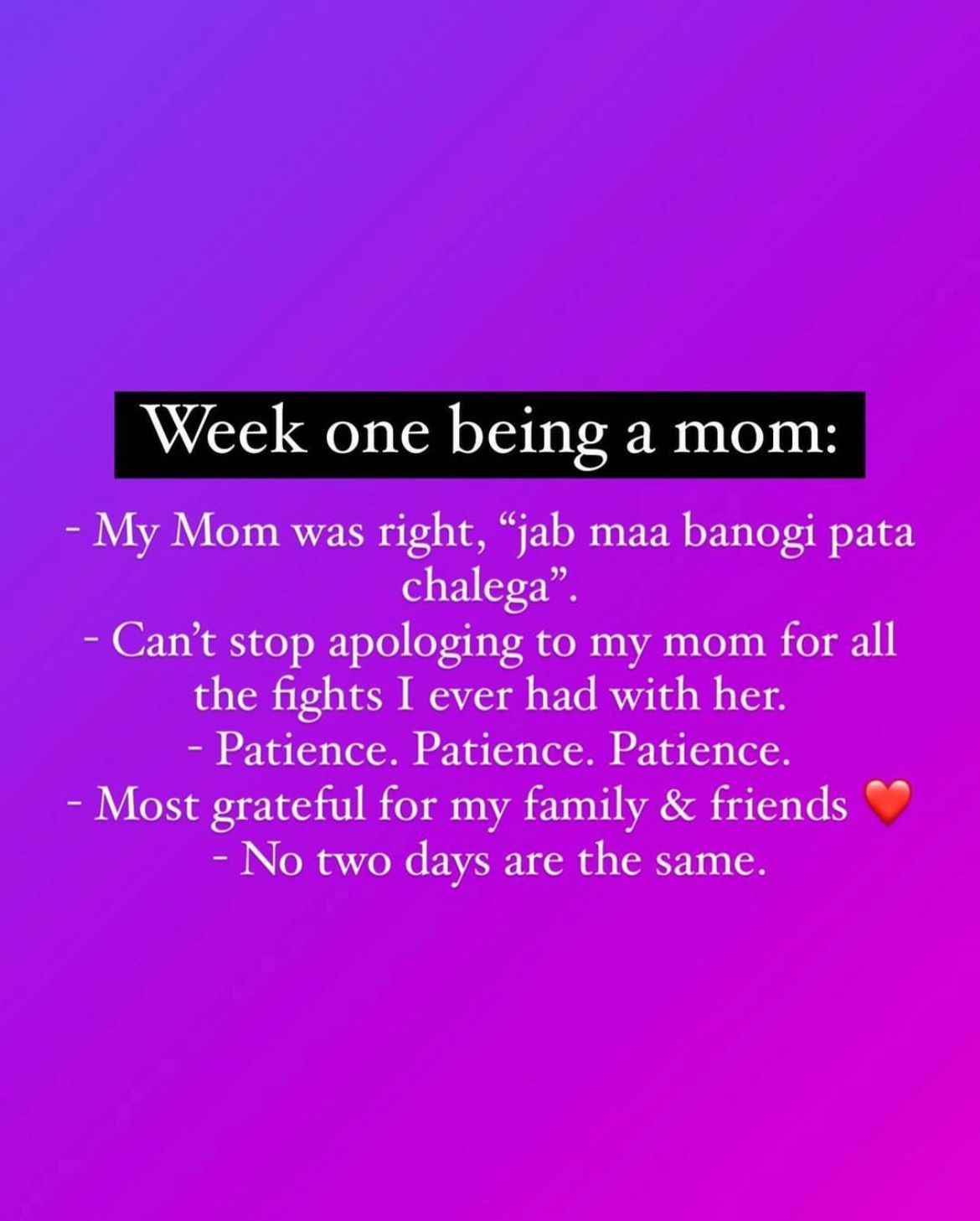 Well, we are in love with the way Izhaan takes care of his cousin, Dua. What about you? Let us know. 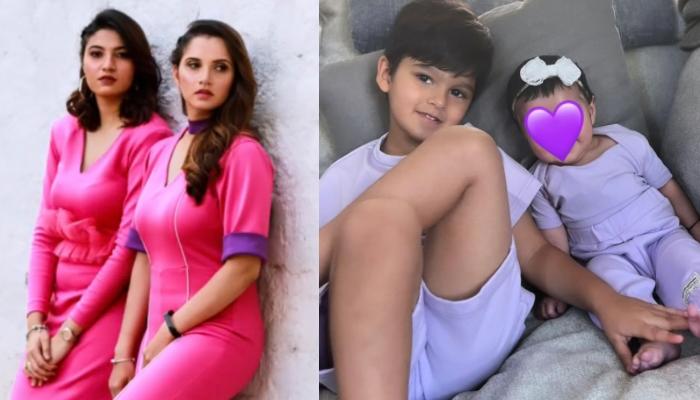 Sania Mirza’s sister, Anam Mirza is the newbie mom in Tinseltown, and she has been acing her motherly duties like a pro. Despite being a working mother, Anam takes out time to spend with her beautiful daughter, Dua. This time, she teased her lakhs of fans again by posting a