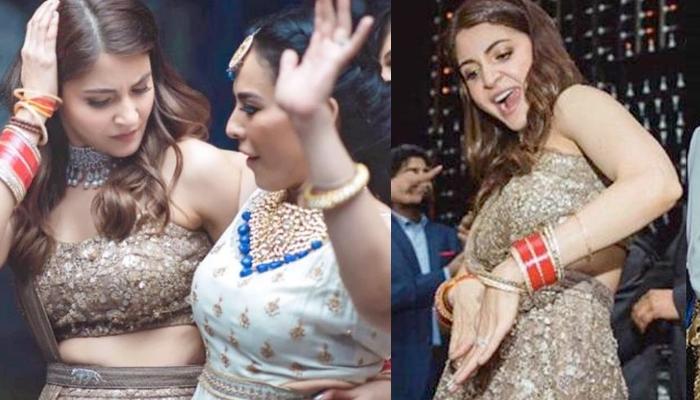 There is no renouncing about the fact that Virat Kohli and Anushka Sharma’s wedding was not just grand but memorable too. While we thought, the Virushka fever is over, the limelight of their grand wedding and reception picture continues to grab all the attention with the new candid pictures. We all have seen how freely like the most bindass bahu Anushka is always seen dancing with her newbie hubby, cricketer Virat Kohli.

While we thought we have seen it all from their grand wedding, it’s not over yet. There are some candid pictures of newbie bride Anushka dancing like no ones is watching which has been doing the rounds on the internet. And guess what, they are the new pictures of Anushka dancing wearing her chooda. After all, the duo truly believes in ‘larger than life’ celebrations and they always do it in the most fun-loving way. Check it out here: 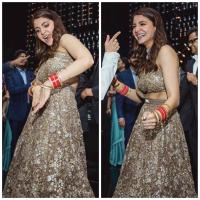 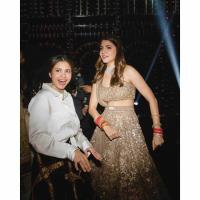 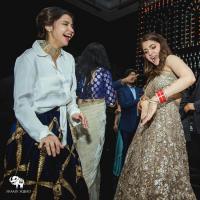 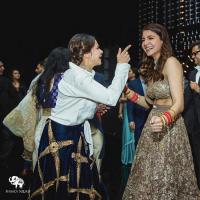 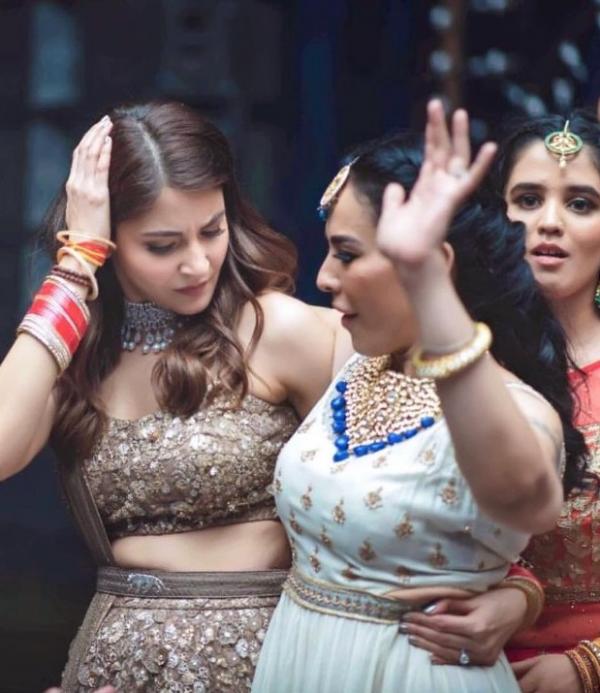 For the uninitiated ones, Virat and Anushka tied the knot in a close-knit ceremony in Tuscany, Italy on December 11, 2017 and hosted two grand receptions in Delhi (December 21, 2017) and Mumbai (December 26, 2017) respectively for their industry friends. It was a high-security royal reception in Delhi which took place in Durbar Hall at Taj Diplomatic Enclave where PM Narendra Modi also graced the occasion. In Mumbai, they threw the grand reception for the Bollywood industry friends at St. Regis.

We have seen the couple grooving on the Punjabi tunes on their friends’ weddings but during their wedding, the joy was even more for them dancing like the most bindass Punjabi bahu ever. Punjabi folk singer, Gurdas Maan had also performed live for Mr and Mrs Kohli’s Delhi reception and the couple left no chance to enjoy their wedding to the core. Anushka was also seen letting loose her inner Punjabi having the hell of the time with the Indian rupee note in her mouth.

Anushka is still not back in India to start her shooting for her film Zero. And as per sources, the team has decided to postpone the schedule of the film only for Mrs Kohli so she can spend some more memorable time with her hubby Virat before she resumes work in a full-fledged manner. Sources also say that the duo has to get married in India again to get the legal certificate as per Indian laws.

We wish Virat and Anushka all the love and may they always dance to the joyous tune of life like this.