Popular actress, Kajal Aggarwal celebrated Mother's Day 2022 with her little munchkin, Neil. However, because of her copied post, the original writer slammed the actress. Check out!

Kajal Aggarwal is one of the highest-paid actresses in the South film industry. Her 2009 film, Magadheera, became the biggest blockbuster of all time in Telugu cinema. Kajal and her darling hubby, Gautam Kitchlu, have become proud parents to a baby boy on April 19, 2022. Since then, the duo has left no stone unturned to ace their parental duties. On May 8, 2022, the gorgeousness had celebrated her first Mother's Day with her little munchkin. However, she got mercilessly trolled for copying a poem from an original creator.

For those who don't know, to make Mother's Day 2022 special, Kajal had posted the first glimpse while holding her baby, Neil close to her heart. She had looked pretty in a blue-hued printed dress, and Neil had looked cute as a button in a black T-shirt and printed pants. Though Neil's face was not properly visible, the frame was too pretty to be missed. An excerpt from Kajal's heart-melting note could be read as:

"My first. I want you to know how precious you are and always will be to me. The moment I held you in my arms, held your tiny little hand in mine, felt your warm breath and saw your beautiful eyes, I knew I was in love forever. You are my first child. My first son. My first everything, really."

Recommended Read: Neetu Kapoor Seeks Blessing For Her New Life From Rishi Kapoor, Shares A Picture From Their Wedding 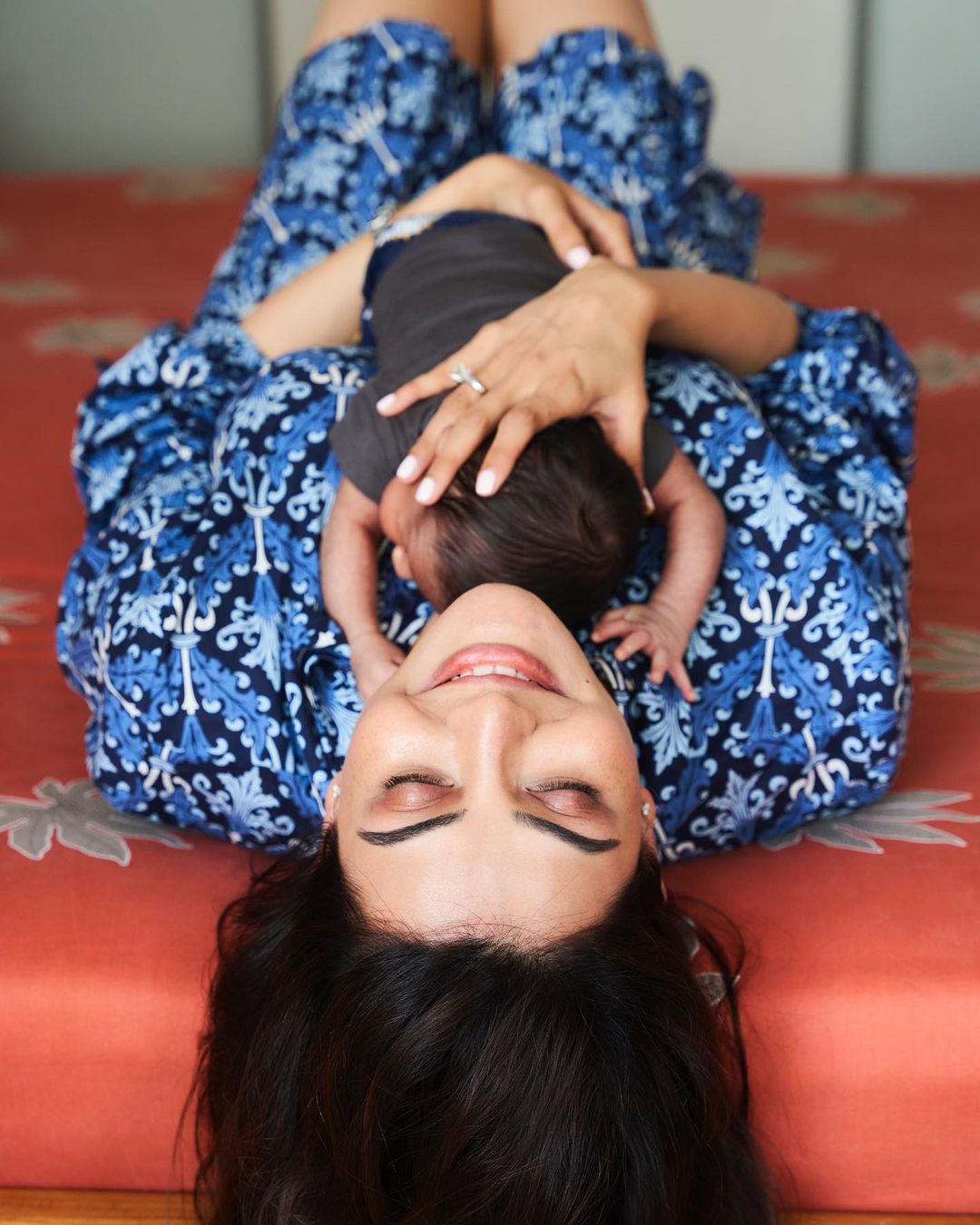 On May 8, 20202, the new mom, Kajal Aggarwal took to her IG handle to wish her mommy, Vinay Aggarwal on Mother's Day. She dedicated an emotional poem titled, 'Dear mum' to Vinay. She also thanked her for being the best nani to Neil. Check out her post!

As soon as the real author of the poem, Sarah noticed Kajal Aggarwal's post, she slammed her for plagiarising a writer's original poetry and Instagram description without giving her the due credit. After that, Sarah took to her IG stories and shared Kajal's post, requesting her fans to inform the actress. In the stories that she removed afterwards, Sarah had written:

"My Dear Mum poem passed off as original work by @kajalaggarwalofficial. Even the caption is copied with a few words swapped out haha. If anyone has time to comment on her post asking her to give me credit, would hugely appreciate it!! Hopefully a misunderstanding…"

Also Read: Rare Picture From Anil Kapoor And Sunita's Sudden Marriage That Was Planned Within A Day, Here's Why As a result of which, Kajal Aggarwal had disabled the comments section of her post. She also gave credits to Sara and allegedly apologised to her in her inbox. Sarah took to her IG handle and thanked her fans and Kajal Aggarwal's fans for being humble to her and helping to get her poem credited. She wrote:

"To follow up on the events of last night, I thought I'd share that I had a direct message from Kajal Aggarwal apologising for what happened. I also had some interesting messages from those who I assume might be fans of the actress. It's all a little bit more than anything I would like to have been involved in, so I'm very glad it's over. Thanks to everyone who supported me in getting my original work credited. I'll be happy when this has drifted away." 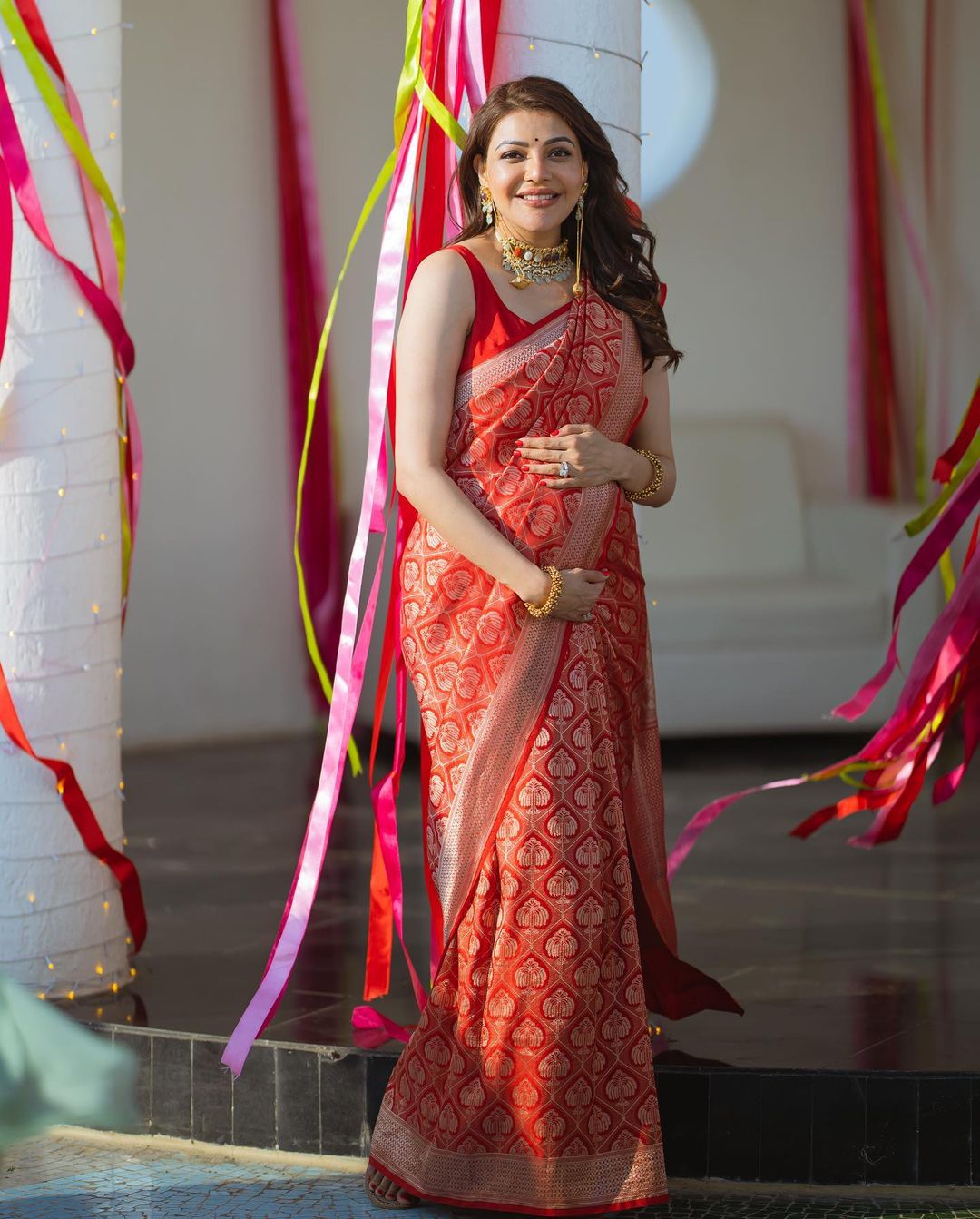 For the uninitiated, Kajal had married the man of her dreams, Gautam Kitchlu on October 30, 2020.

Next Read: Kiara Advani's Uncanny Resemblance With Her Mom, Actress Posts A Picture From Her Parents' Wedding