Celeb babies are the cutest things that the tinsel town give us, right? And there is a new addition to the list of adorable cotton balls. Bollywood actor, Neil Nitin Mukesh and his wife, Rukmini Sahay are on cloud nine these days owing to their new phase of parenthood. On September 20, 2018, they became parents to their first child, a baby girl whom they named Nurvi. (Also Read: Chetan Bhagat Apologises To Wife Anusha Bhagat After Getting Accused Of Sexually Harassing A Girl)

On September 22, Neil took to social media and revealed the name of his little daughter. Neil and Rukmini have named their baby girl, Nurvi which means, ‘precious’. Neil wrote, “Rukmini and I are proud to announce the arrival of our darling daughter, Nurvi. The entire Mukesh family is elated. Both mother and daughter are well by the Grace of God”. And now, there is another adorable pic of Nurvi which would make your weekend and inflate your heart with happiness. Grandfather, Nitin Mukesh took to his Instagram handle and shared a pic of Nurvi in which daadu is having enjoying his time with his poti (granddaughter). In fact, it seems that he is trying to lull her to sleep by singing a lullaby. He captioned the following pic as, “LALLA LALLA LORI , DOODH KI KATORI , DOODH MEIN BATASHA , “NURVI” KARE TAMASHA”. 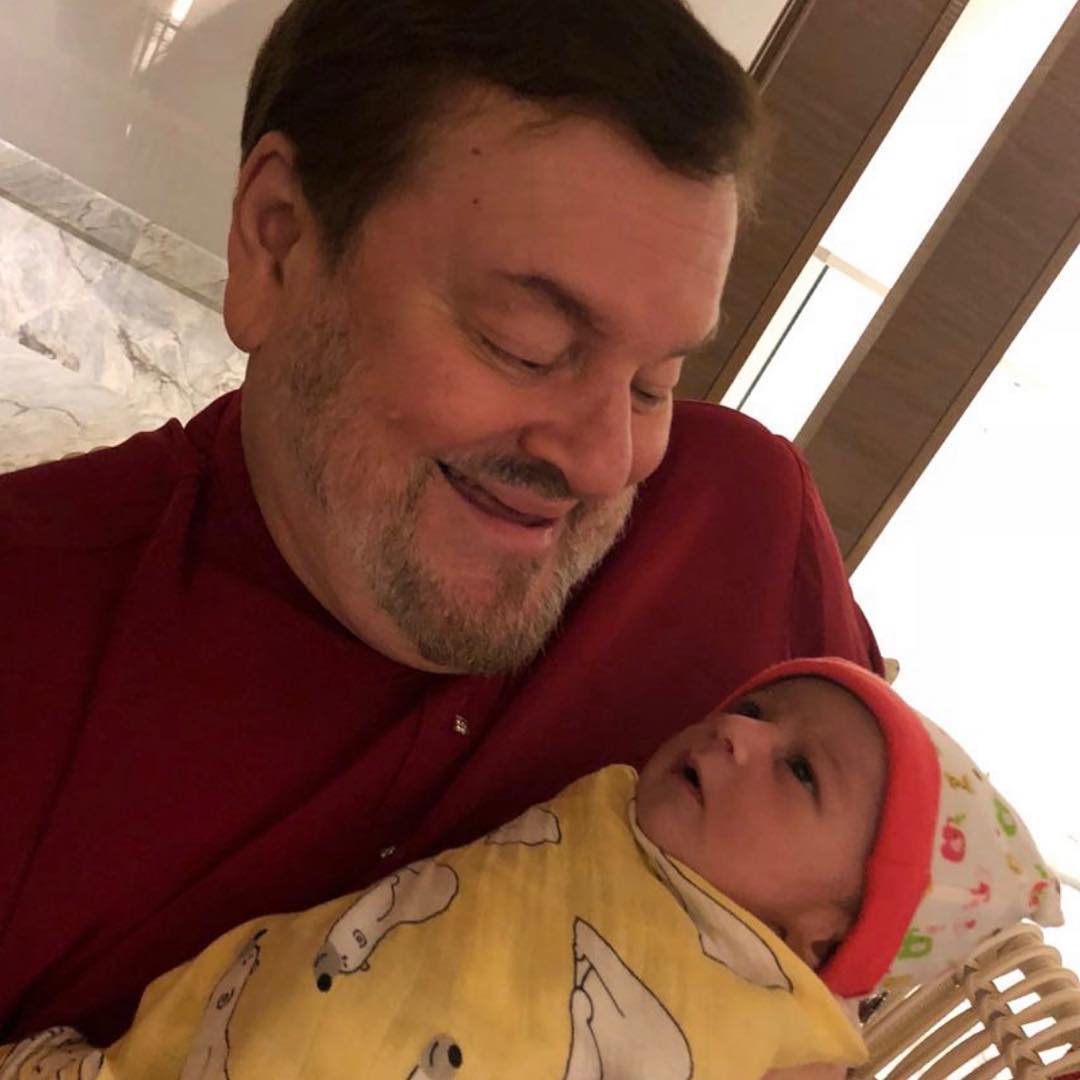 When Neil had announced his wife’s pregnancy earlier, his father, Nitin told a media portal, “This is the 4th generation of the Mukesh legacy. This means the world to us and we are very elated. The one thing Nishi and I were looking forward to after Neil got married was a grandchild. In fact, Nishi has started redesigning the family cot that has been passed on from generation to generation for the new arrival”. On September 23, 2018, on Daughter’s Day, Neil took to his official Instagram handle and shared the first family picture along with his wife, Rukmini and new-born daughter, Nurvi. Filled with heart emoticons, Neil wrote, “NOW EVERYDAY IS DAUGHTERS DAY”. (Don't Miss: 'Bigg Boss 12' Fame Jasleen Matharu To Use Boyfriend Anup Jalota As A 'Pole' For A Dance Performance) 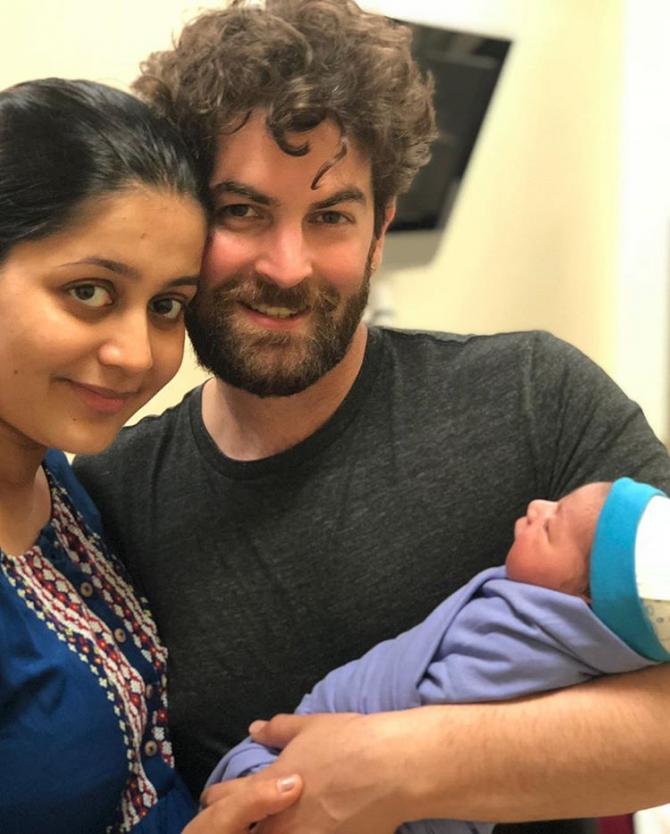 After he had announced on social media about his wife’s pregnancy, by sharing the following couple of pictures, Neil had revealed to a media house, “We learnt of the pregnancy a few of months ago but wanted for things to settle in before making the news public. Previous trips to Abu Dhabi had been all about shopping for us, but this time it is entirely focussed on our baby. We are picking out things in neutral colours because we don’t know yet if it’s a boy or a girl. I just want to make sure that Rukmini is happy. We have been visiting all the maternity sections in malls and it’s amazing to see the tiny mittens and baby clothes. It’s overwhelming and exciting as well”. 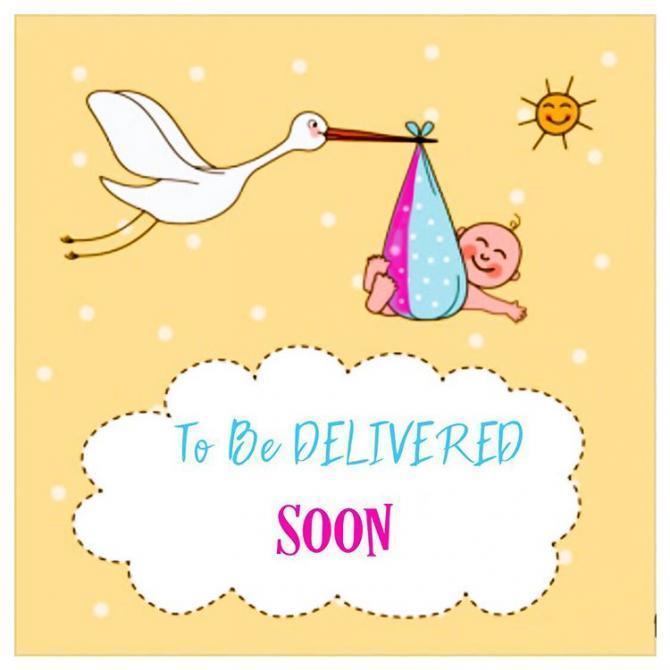 He had further added then, “The arrival of our first born hasn't seeped in yet but I'm definitely very excited for the next phase in my life. I am lucky to have great support system at home, who are constantly guiding Rukmini on the dos and don'ts. We are okay with a baby girl or a baby boy as long as the baby is healthy. She’s happy that everyone has been pampering her even more than before”. 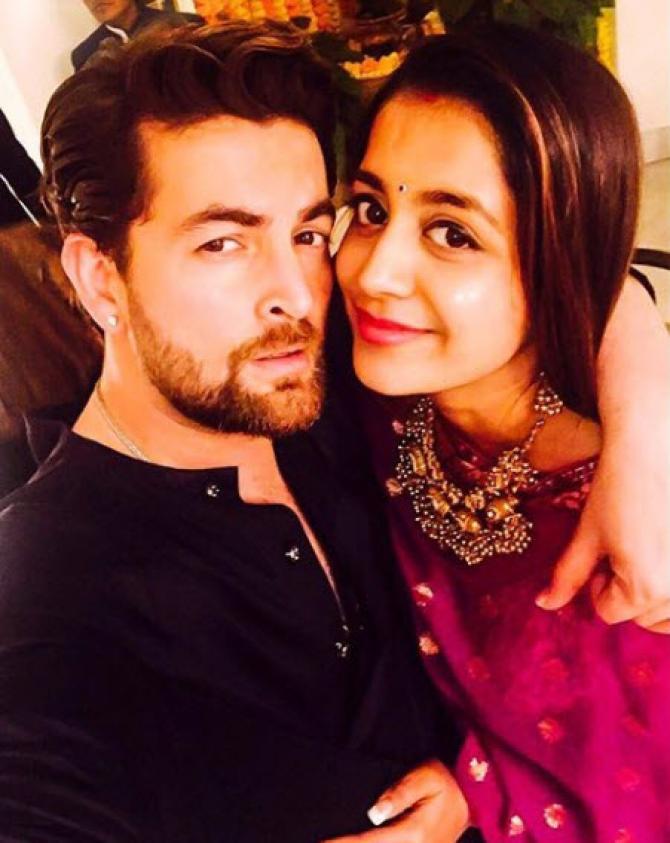 When the media house contacted the-then-preggy-wife, Rukmini, she said, “Neil will be an excellent father just as he is a fantastic husband. He loves children. The family has been taking good care of me. We have been doing a spot of baby shopping for a few months now, apart from activities like meditation, yoga and music”. (You May Like: Yuvika Chaudhary's Bridal Lehenga Is A Zardosi Embellished In Rose Gold Dyed Crystals, Pic Inside)

Well, we still can’t get over Nurvi’s cutesy pics. But the one which definitely stands out is wherein Nitin Mukesh is lulling her granddaughter to sleep, isn’t it? 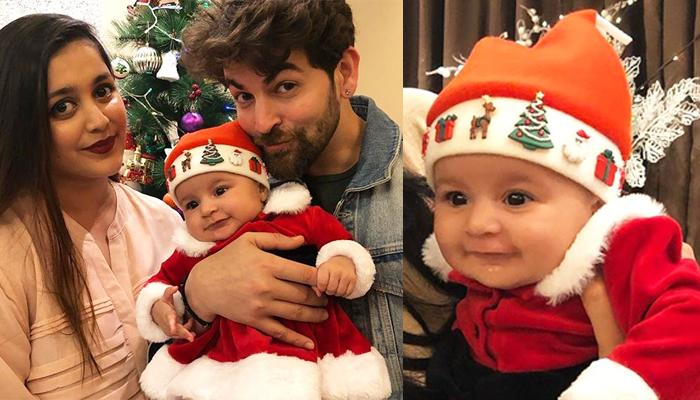 Christmas 2018 has been fun-filled with our Bollywood celebrities. No matter what we did, whenever we stumbled upon the pictures and videos from various Christmas parties that happened in the B-town, we were all smiles. After Kapoors' traditional Christmas lunch and Ahil Sharma's Xmas party, we have pictures from another