Every time, we learn about a Bollywood celebrity’s pregnancy or the arrival of a little munchkin, we can’t help but rejoice. And today, we have another reason for you to make your day. One of the Bollywood celebrities and his wife embraced parenthood yesterday, i.e., September 20, 2018. (Also Read: 'Bigg Boss 12' Fame Deepak Thakur Makes Dipika Kakar Cry By Doing A Heartwarming Gesture [VIDEO])

Still guessing who we are talking about? Well, Neil Nitin Mukesh and Rukmini Sahay welcomed their first child on Thursday at Breach Candy Hospital, Mumbai. Though no official confirmation has come yet but reportedly it’s a baby girl who was born at 3.30 pm last afternoon.

Neha Dhupia And Angad Bedi Become Parents After 6 Months Of Their Marriage, Welcome Their Little One 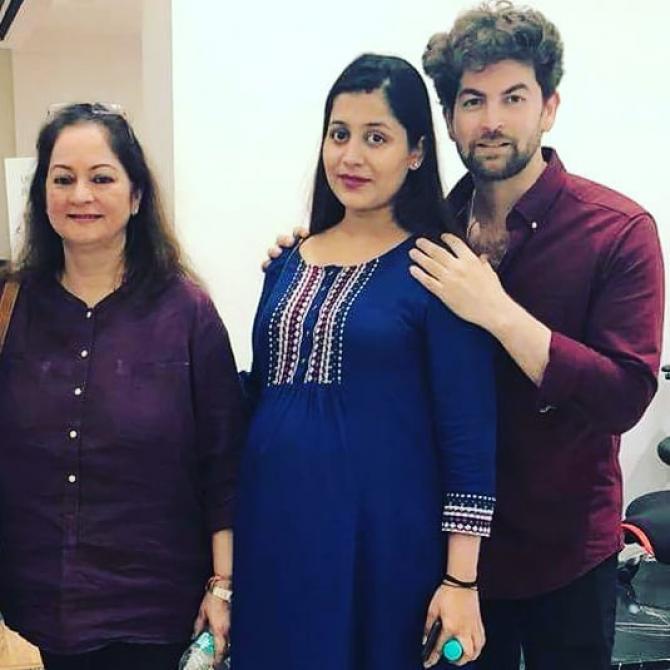 Earlier, in the month of April, the Prem Ratan Dhan Payo actor had announced of his wife, Rukmini’s pregnancy by sharing a couple of adorable pictures on social media. One of the pictures was a cute doodle of a bird carrying a child with the words, “To Be Delivered Soon” written on it, and the other had Neil and Nitin holding baby shoes. 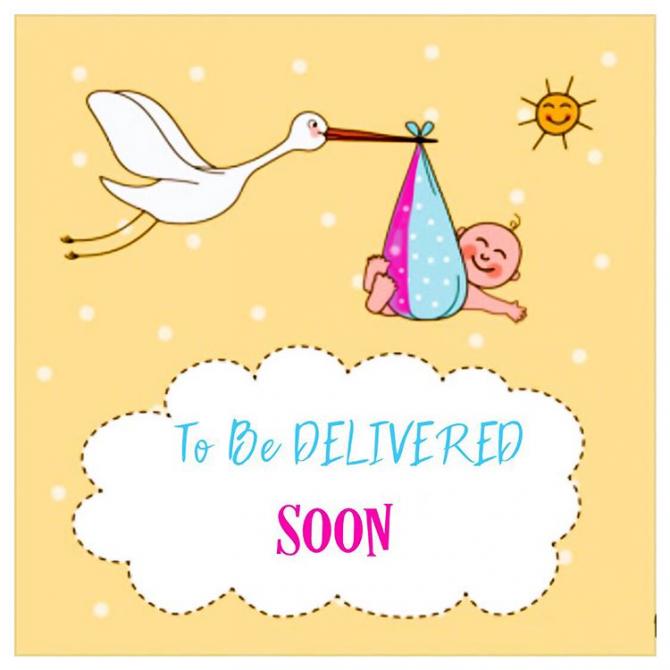 An excited father-to-be had then revealed to a media portal, “We learnt of the pregnancy a few of months ago but wanted for things to settle in before making the news public. Previous trips to Abu Dhabi had been all about shopping for us, but this time it is entirely focussed on our baby. We are picking out things in neutral colours because we don’t know yet if it’s a boy or a girl. I just want to make sure that Rukmini is happy. We have been visiting all the maternity sections in malls and it’s amazing to see the tiny mittens and baby clothes. It’s overwhelming and exciting as well”. 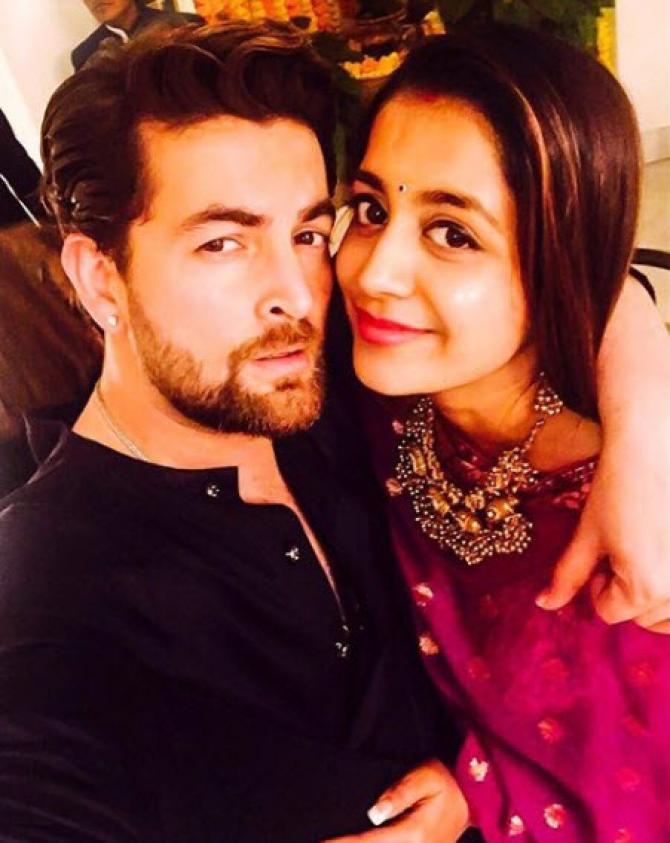 He had further added, “The arrival of our first born hasn't seeped in yet but I'm definitely very excited for the next phase in my life. I am lucky to have great support system at home, who are constantly guiding Rukmini on the dos and don'ts. We are okay with a baby girl or a baby boy as long as the baby is healthy. She’s happy that everyone has been pampering her even more than before”. (You May Like: Priyanka Chopra Bets Her Money On Fiance Nick Jonas With A Unique Birthday Cake) Talking about his mom and dad, and now grandparents, Neil had earlier shared, “Mom and dad have been hands-on parents and will be fabulous grandparents. My mother has already brought out the cot for the baby that has been passed down for generations. She will guide Rukmini whenever she needs advice”. 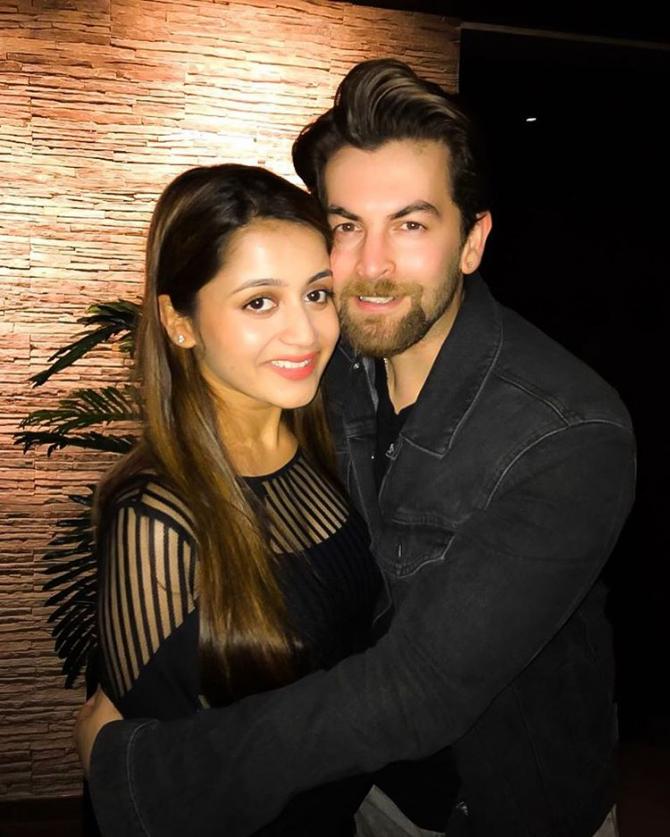 When Neil’s wife, Rukmini was contacted after the couple had announced the latter’s pregnancy, she had said, “Neil will be an excellent father just as he is a fantastic husband. He loves children. The family has been taking good care of me. We have been doing a spot of baby shopping for a few months now, apart from activities like meditation, yoga and music”. Also, Neil’s father, Nitin Mukesh was quoted as saying, “This is the 4th generation of the Mukesh legacy. This means the world to us and we are very elated. The one thing Nishi and I were looking forward to after Neil got married was a grandchild. In fact, Nishi has started redesigning the family cot that has been passed on from generation to generation for the new arrival”. 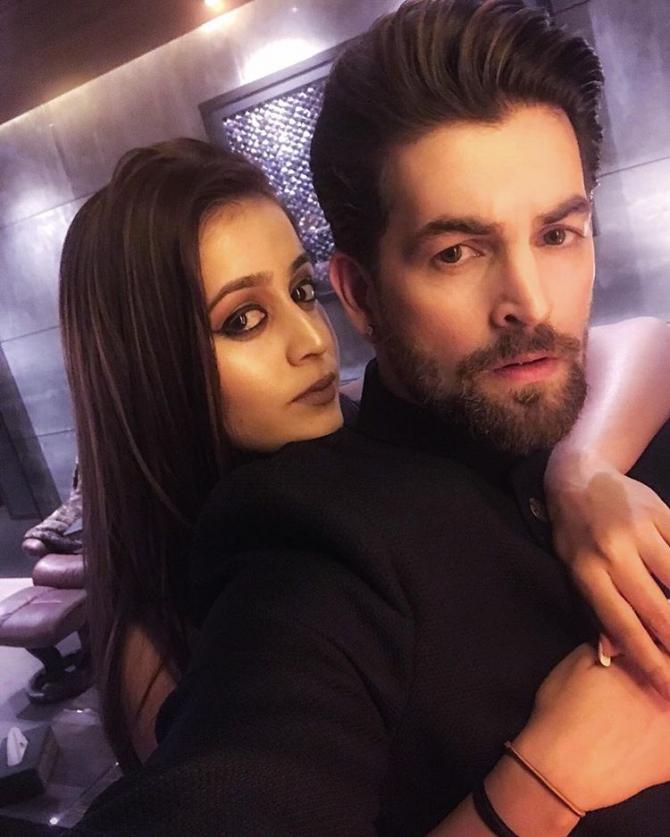 For those who do not know, Neil and Rukmini had a hush-hush roka ceremony at a five-star hotel in 2016 and they got married on February 9, 2017. Neil never fails to praise his wife in the interviews as he once said, “I think she is just perfect. She is the perfect balance that any man would want in his woman. She is simple, beautiful, loving and all the awesome adjectives I can think of. She fits them all.” And on their first wedding anniversary, Neil had wished his lovely wife with these beautiful words, “1 year just flew by. I love you loads. Thank you so much for being you and being a part of my life forever. I Love you loads baby. Cannot even think of life without you. @rukminineilmukesh Happy 1st anniversary”. (Suggested Read: Hina Khan And Rocky Jaiswal Visit Lalbaugcha Raja Pandal For Ganpati Darshan To Seek Blessings)