In this digital age, where everyone is empowered with social media on their phones, the wave of #MeToo movement has really catapulted and women are fearlessly coming out in the forefront to confront the demons they have faced when it comes to sexual harassment. And after Nana Patekar, who was accused by Tanushree Dutta of sexually harassing her once, another celebrity is now under the radar. (Also Read: Tanushree Dutta Says Nana Patekar Sexually Harassed Her, Everyone Knew But Did Nothing)

We are talking about one of India’s most famous authors, Chetan Bhagat. So, what happened was that a woman took to Twitter and shared a couple of screenshots of WhatsApp conversation that Mr Bhagat had with her once. As readily pointed out in the tweet, the Half-Girlfriend author knew her only ‘in a professional capacity’. In the conversation, Chetan Bhagat is clearly trying to woo her and finds her ‘cute and funny’. First, take a look at the screenshots: 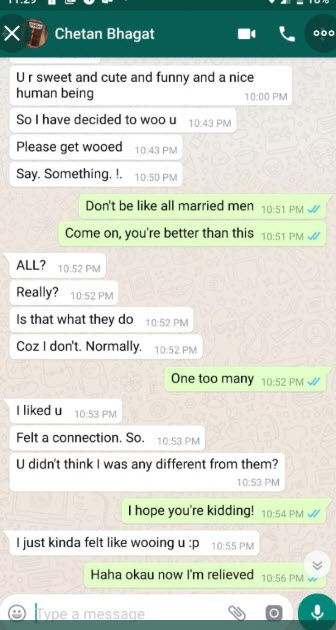 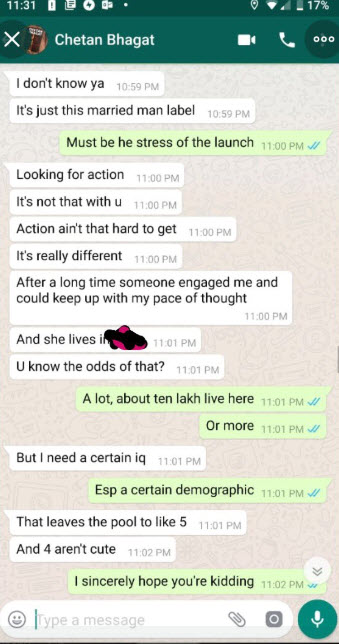 The above screenshots broke the internet within minutes of appearing online. Now, the most shocking element of this whole fiasco is that Chetan Bhagat had this conversation with this lady when he was already married (this doesn’t mean it’s allowed for unmarried men or women). And in his defence, Chetan Bhagat immediately took to social media and confronted the whole incident to his fans and even to his wife, Anshula Bhagat. He took to Facebook and wrote the following:

"Dear All, I would like to make a couple of points about the screenshots that someone has shared just a couple of hours ago. It has taken me this much time because I saw them a bit late, and then I was in a conversation with Anusha. I am telling you all whatever I told her, which to my recollection is the truth. But first of all, I am really sorry to person concerned. The screenshots, are of course real, and I am sorry if you felt they were wrong I hope you will accept my apology". Clarifying the issue further, he went on and wrote, "Just in terms of more information, these screenshots are several years old, and I had met the person in question a couple of times. We hit it off really well as a friendship, and as I say in the screenshots, I did feel a strong connection with her. I did find her a good human being, sweet, cute and funny (as I also say in the screenshots)". (Don't Miss: Yuvika Chaudhary's Bridal Lehenga Is A Zardosi Embellished In Rose Gold Dyed Crystals, Pic Inside) 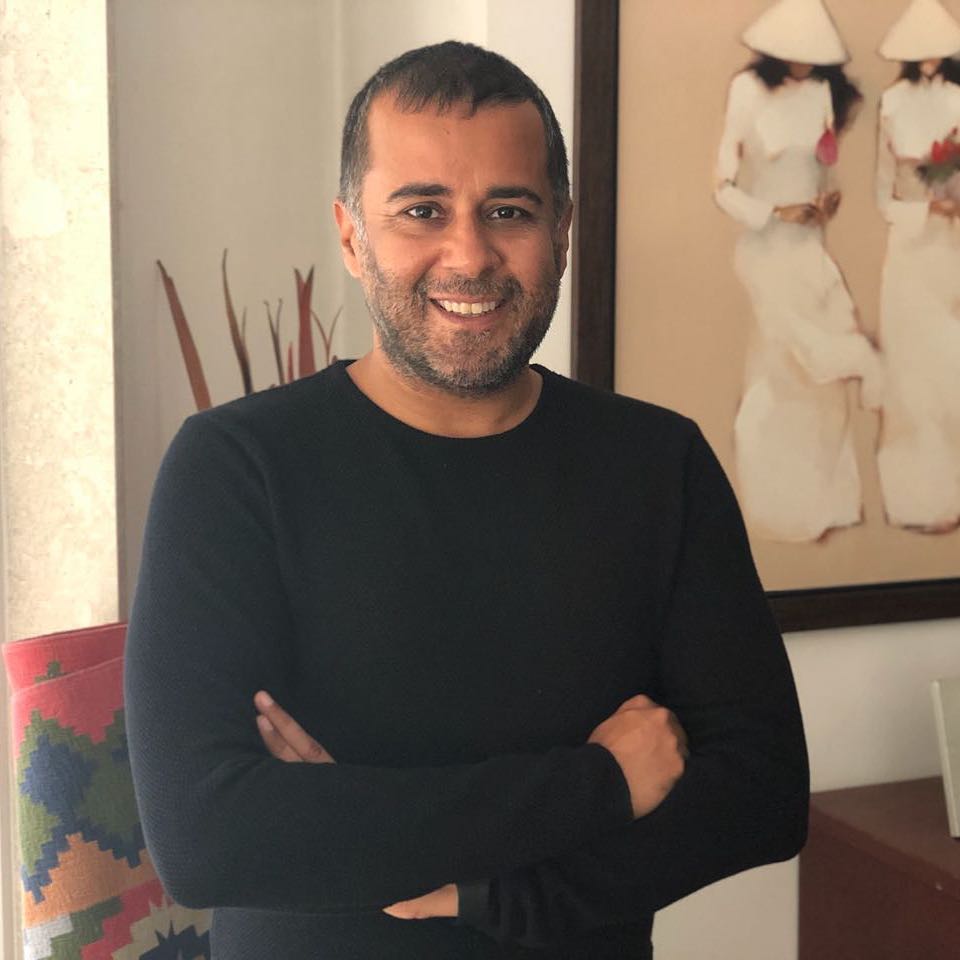 And his apology could further be read as, "As I also say in the screenshots, I realized I was married and this was not about looking for any action. I just had not felt that kind of connection in a while. Maybe I was going through a phase, maybe these things just happen, or maybe I felt the person felt the same too based on our conversations (which I don’t need to repeat here). However, it was stupid of me, to feel that way and to even share that with her. I just told Anusha about it as well, and apologized to her for doing the same. I should have had better judgement, but I guess I erred a bit there. Maybe I misread the friendliness. Also, I am not completely sure because it was long ago, but the ‘wooing’ bit may have come from a conversation we had about how nobody woos anyone anymore and how sometimes one misses being wooed. My new book then was also about women (One Indian Girl) and we also discussed wooing and relationships in that context". And lastly, Chetan added, "Also, I also want to clarify that there never was anything physical, no lewd pictures or words that were ever exchanged. I think I deleted the person’s number soon thereafter and we haven’t been in touch for years. We do feel certain things sometimes, and I did too. I found this person special, and different from all others I had met. I shouldn’t have, and maybe I shouldn’t have shared it with that person in a private conversation either. Once again, I am sorry to the person concerned, and of course most of all to Anusha. I hope you can forgive me. For everyone’s information, am running this response past Anusha first, to ensure she is okay with it".

Well, netizens immediately started giving their opinions as comments and expressed their rage at Mr Bhagat for sexually harassing this woman. Some said this is no less than infidelity in a marriage. For those who do not know, Chetan Bhagat and Anshula Bhagat have been married since 1999. (You May Like: Love Story Of The Original '2 States' Couple Chetan Bhagat and Anusha Bhagat) The #MeToo movement has really singled out many known faces in the entertainment industry. Recently, Tanushree Dutta accused Nana Patekar of sexually harassing her and many women accused AIB’s former employee, Utsav Chakraborty for the same. Earlier, another woman had accused Queen’s director Vikas Bahl and the film’s lead actress, Kangana Ranaut had come out in her support.

Well, the #MeToo movement is really empowering women and giving them a platform to speak up. Also guys, what do you think of Chetan Bhagat’s apology to his wife Anusha Bhagat? Share your views in the comments section below.