Being a bride tops the priority of every girl and television actress, Nehha Pendse finally got to live her dream as she tied the knot with Shardul Byas on January 5, 2020. Check out her pictures! 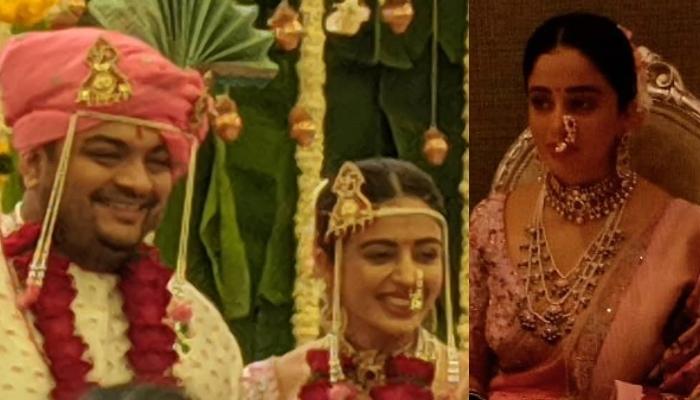 The journey of being a bride is not at all easy one. We have to leave our parents' home where we have lived forever to create a new life with a new set of parents, siblings and a husband. While the thought scares us, it is the happiest feeling for every girl to turn into a bride. Since the age of six, we have all made a huge list of 'do's and don'ts' for our wedding day which grows bigger and bigger as the time passes by. And television actress, Nehha Pendse finally got to live her dream of being a bride as she tied the knot with her longtime beau, Shardul Singh Byas. (Recommend Read: 'Chhapak' Star, Vikrant Massey All Set To Tie The Knot With Ladylove, Sheetal Thakur In 2020)

The rumours of Nehha's love life has been doing the rounds since May 2019, but the actress kept denying it all. However, in August 2019, she had confirmed her relationship status with SpotboyE and had accepted her love for Shradul. The gorgeous actress had welcomed 2020 with a beautiful liplock picture with the man of her dreams. She had posted on her official Instagram handle and had written, "Because it’s the last single girl kiss - Carrie Bradshaw." 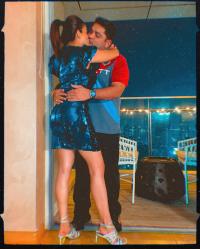 On January 5, 2020, Nehha and Shardul tied the knot in a traditional wedding in Pune. Her wedding pictures have been trending on the social media and we cannot help but gush over how gorgeous she looked. She opted for a pastel-pink Nauvari saree and aced her Maharashtrian bride glow. She accessorised her look with a nath and chandrakor tikali (half moon-shaped bindi). On the other hand, Shardul picked a white kurta. Take a look at her wedding pictures below: 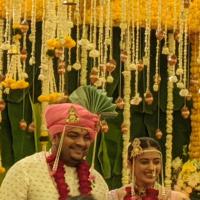 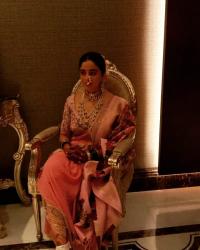 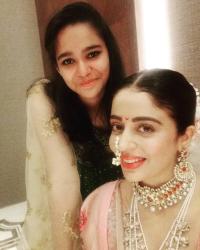 Nehha's wedding celebrations had kick-started with a sangeet function and we totally loved how happy the bride and the groom looked. The couple had opted for matching ensembles and the Bigg Boss fame actress had shared a mushy picture on her Instagram just before the ceremony. Along with it, she had written, "A little US before the big WE." (Also Read: Kareena Kapoor Khan And Kajol Talk About How They Are Bringing Up Their Sons, Yug And Taimur) 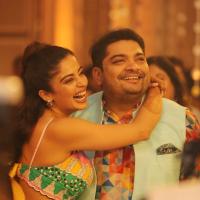 On January 4, 2020, Nehha had gotten engaged to Shardul in an intimate ceremony. She had donned a jewel-toned green gown. On the other hand, Shardul had opted for a beige coat. Check it out below: 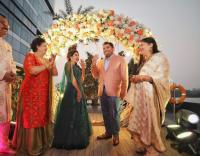 On November 29, 2019, Nehha turned a year older and in an interview with BollywoodLife, the actress had talked about the next big phase of her life. She had confirmed with the online portal that she is all set to get married with Shardul on January 5, 2020, in a close-knit family affair in Pune. 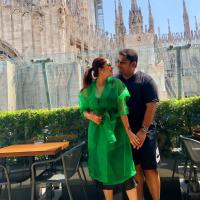 For those who don't know, earlier, Nehha was in a steady relationship and was all set to move into a different country for her love, but in the last moment, her beau had gotten cold feet and he left her hanging in the middle. She had talked about the same in an interview with The Times of India, and had shared, “I immersed myself in work to distract my mind from the personal crisis. But that was a wrong decision – it's always better to address the issue rather than fake a calm demeanour. It was a beautiful relationship but it was not meant to be. Everything was fine and I was even willing to move to the US post-marriage since he is an NRI, but he developed cold feet at the last moment. He assumed that being an actress, I would be too career-oriented to become a homemaker.” 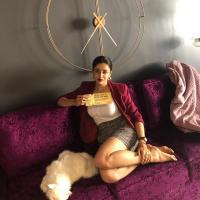 She had further added, “The break-up took a toll not just emotionally but physically as well. The stress caused a hormonal imbalance in my body and now I have ended up with weight woes. I have put on 7 kgs in just the last three months. The camera makes the weight gain look drastic. In fact, many people who have been following the show have brought it to my notice. It doesn't help that I need to wear a lot of western clothes for the role. There is no way for me to hide the flab. We pay a lot of attention to our diet, but never to our mental health. I have started medication, and it will take me time to lose those extra kilos." (Don't Miss: Deepika Padukone Reveals Her Parents And In-Laws Advice To Her And Hubby, Ranveer Singh On Marriage)

Well, we wish Nehha and Shardul, the happiest married life! A wedding is the happiest day for any girl, but it is her wedding reception that she looks forward to. After all, it is the only time, she gets to eat, dance and laugh out loud with the love of her life. She can live her dream of becoming a princess