'Bigg Boss 12' contestant, Nehha Pendse is riding high in her personal life for she is officially taken by her longtime beau. Checkout the details inside.

But before that, let us tell you that sometime back, one of Neha’s friends, Abhijeet Khandkekar had posted a picture on his official Instagram handle and rumours spread like wildfire that she was getting married. To which, she had later shunned the rumours and was quoted as saying, "I am not getting hitched. Neither I have got engaged. Nor I am entering Bigg Boss Marathi. They are my core friends and we have been planning something since some time now. Well, that culminated recently and that's how we celebrated.” Nehha is touted amongst those celebrities who are quite active on social media. And today, on August 14, 2019, she has given a pleasant surprise to everyone! Well, guys, Nehha Pendse is officially taken and the lucky guy is Shardul Singh Bayas. Nehha took to her official Instagram account and shared a picture with her prince charming, wherein she can be seen flaunting her ring. To keep it straight and simple, she captioned it with a heart emoji. Take a look: 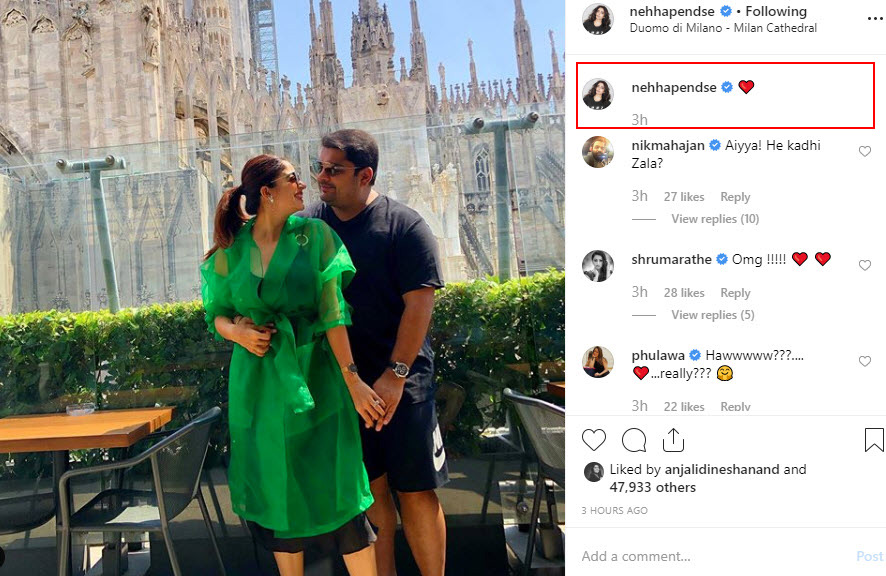 When a famous online portal, SpotboyE contacted her for the confirmation, she said, "I am not engaged yet, but yes baat pakki hogayi hain. He proposed me and I said yes.” When she was further questioned to tell about the man of her life, Nehha remarked, “It's too early to talk about it, but  I will share his details when the time will come, but as you called me with so much of enthusiasm, I am confirming my relationship with him to you." (Checkout: Dipika Kakar Cooked Delicious Eid Meal For Shoaib Ibrahim, Sister-In-Law Showers Her With Praises) What added fuel to her engagement news was the fact that Shardul had posted a picture on July 1, 2019, captioning it as, “Happily Engaged” which he has now changed to “Happily in love.” When asked about the previous caption, Nehha clarified, "Engagement means exchanging rings that we haven't done yet." A source close to the couple has also informed, "The two were in a relationship since a long time but managed to keep it under wraps.” 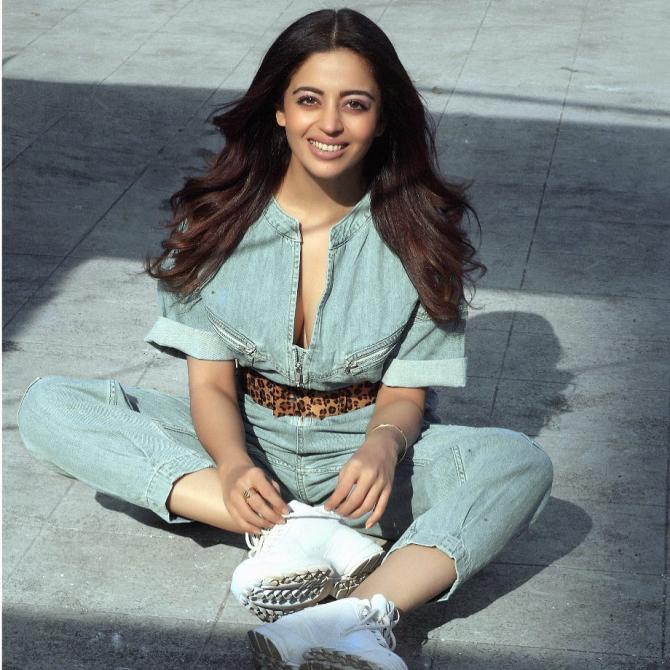 In another interview with the BollywoodLife, when Nehha was asked about Shardul, she replied, "I actually can't talk much about it, I can just confirm the relationship.” When the portal further inquired if the marriage is on cards, she answered, "When you get in a relationship, settling down is the ultimate goal, so the idea is to get married.” When she was further questioned, “So are we going to hear wedding news from her end soon?”, Nehha replied saying, "Not soon." (Also Read: Bigg Boss 11 Fame Bandgi Kalra Reveals Her Wedding Plans With Puneesh Sharma, Details Inside) On the professional front, the May I Come In Madam? actress recently stated that she is waiting for the right project to come her way, "I have been getting offers but nothing that excites me." Nonetheless, she will kickstart the shooting for a Marathi movie. The excited actress was quoted as saying, "I feel the wait as worth it.” (Do Check: Niti Taylor's Fiance, Parikshit Sings 'Gulabi Aankhen' For Her At Engagement And It Is So Romantic) Congratulations Nehha and Shardul on this new beginning of your lives!