Recently, Neha Dhupia appeared on Kareena Kapoor Khan's radio talk show and talked about parenting and motherhood. Scroll down to know the details

Even though Neha Dhupia and Angad Bedi's wedding was hush-hush affair, their super adorable marriage life is not so much hidden from the media. Since their little angel's arrival, Mehr Dhupia Bedi, the beautiful couple keep sharing glimpses of their lovely moments with their daughter and fans love to see pictures and videos of the same. (Recommended Read: Archana Puran Singh Shares A Video Of Their Beautiful Memories On Hubby, Parmeet Sethi's Birthday)

Mehr Dhupia Bedi had entered the lives of her star parents, Neha Dhupia and Angad Bedi on November 18, 2018. The loving mommy and daddy never shy away from flaunting their love for their little munchkin and her second birthday on November 18, 2020, was proof of the same. The doting parents had organised a Mickey Mouse themed birthday party for their daughter, the pictures from which had gone viral on the internet. 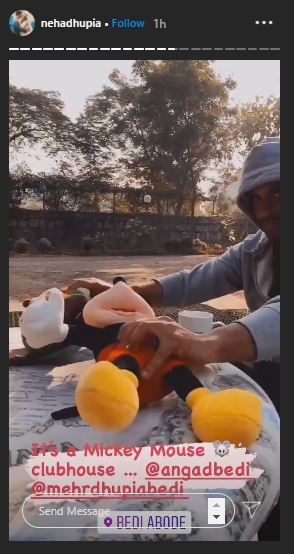 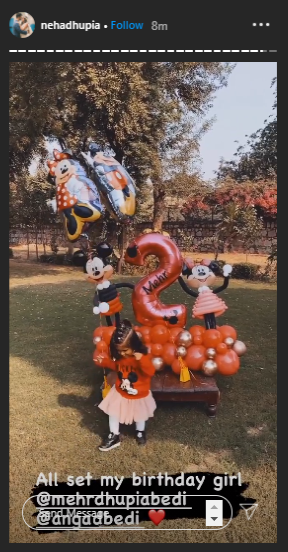 Recently, Neha Dhupia appeared on Kareena Kapoor Khan's radio talk show and talked about parenting and motherhood. Neha answered questions like when can her daughter, Mehr start wearing makeup and dating. Spilling some beans on the same, Neha revealed her two-year-old daughter, Mehr's obsession with nail paint. The actress said that Mehr does not use it on her nails, but she thinks it is a paintbrush and she uses it to colour everywhere. On the topic of dating, the doting mother said that she would leave it for her husband, Angad, to decide. The actress also hilariously added that she is glad that Angad is not in the house right now or else he would be in the frame right now and say, "Who said Mehr will go out with boys?" 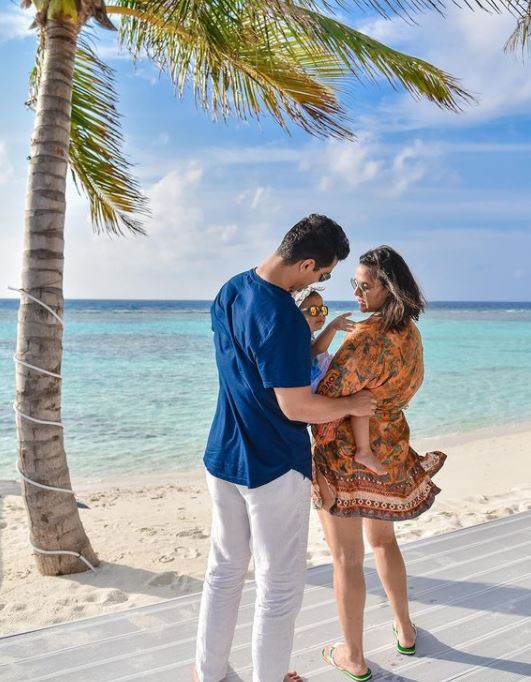 Earlier, in a candid interview with Bollywood Bubble, Neha Dhupia had talked about the advice she would like to give to her daughter if she asks her about the kind of man she should marry. She had said, "If my daughter asks for a bit of advice as what kind of man she should marry by the end when she grows up, then I would always tell her 'Marry somebody who you can survive a lockdown with'. I hope there is no more lockdown. Because it's the ultimate test. Till now, Angad and I are passing with flying colours." (Also Read: Kareena Kapoor Shares An Adorable Throwback Picture With Saif Ali Khan And It Is Pure Couple Goals) In an interview with ETimes TV, Neha Dhupia had revealed how she had managed work from home during the lockdown with a two-year-old kid in the house. Neha had stated, "There is no taking away from the fact that when a mother is working from home, her head is always there in her child. So, recently in the middle of the live auditions, I heard my daughter cry so I had to run away and go inside and see what happened and it was nothing, it was just a call to go to the washroom. I know the live auditions are going to keep me busy from like 4 PM to 7 PM on alternate days, so I tell my husband that he has to be on Mehr's duty when I am away for virtual auditions. He understands it, and we are big on co-parenting, and that's very important to us." 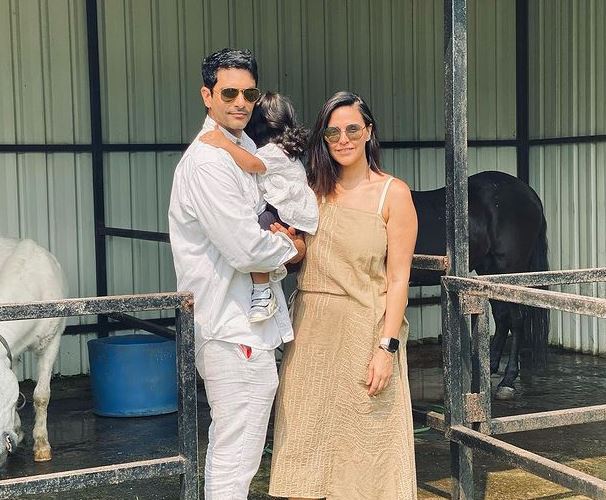 When Mehr Dhupia Bedi had turned 16-months-old, Neha Dhupia had posted two pictures, wherein she was beaming with happiness as the little one had taken baby steps to walk right into her arms. Posting her 'vision 2020' pictures, Neha had written, "What matters ... #vision2020 ... love, health and happiness... 16 months today our baby girl ... @mehrdhupiabedi @angadbedi." (Don't Miss: Virat Kohli And Anushka Sharma Want To Bring Up Their First Child In The World Like This [Details]) 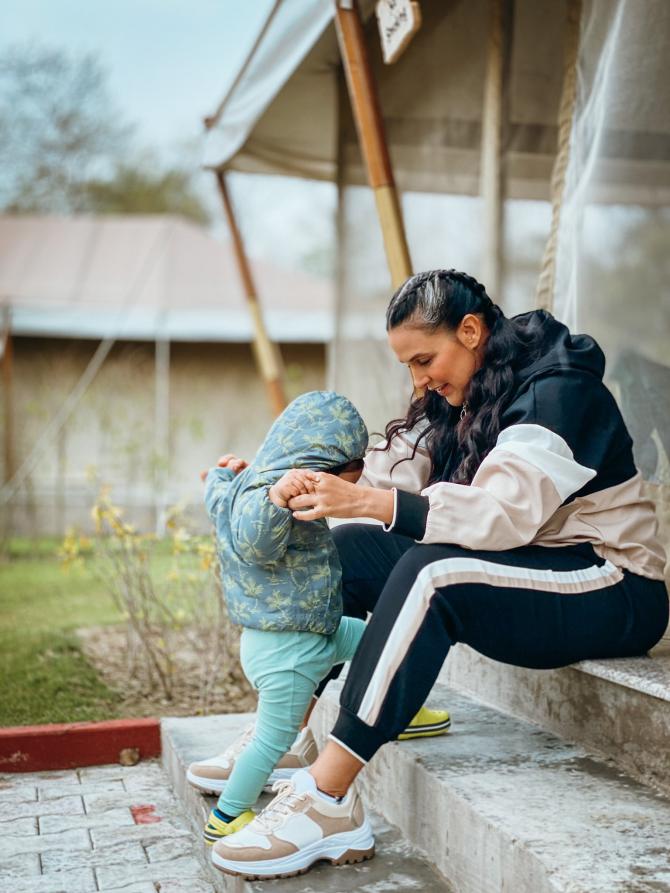 Well, it would be rather interesting to ask the same question from Mehr's father, Angad Bedi!