Neha Dhupia and Angad Bedi got married on May 10, 2018, in a Gurudwara wedding in Delhi. On their first wedding anniversary today, Neha Dhupia has shared an unseen trailer of their wedding. Somewhere deep down their hearts, everyone wants to get married, but they do not realise the responsibilities which come along with the nuptial journey. However, when you find a suitable life partner, the journey becomes a bed of roses. Neha Dhupia and Angad Bedi are an epitome of such couples who are extremely supportive of each other. (You May Like: Chhavi Mittal Teases Her Fans About Her Last Night Before Her Family Would Become 'A Family Of 4')

Neha Dhupia and Angad Bedi gave us the sweet surprise when they announced to the world that they had gotten married on May 10, 2018, in a Gurudwara wedding in Delhi. The hush-hush wedding affair spun off speculations regarding Neha's pregnancy before her marriage. Even though the two denied such reports, eventually it all materialised into a blissful truth in the form of their little baby girl, Mehr Dhupia Bedi.

Neha Dhupia and Angad Bedi are celebrating their first wedding anniversary today on May 10, 2019. For the same, they have darted off to Mauritius along with their now-6-month-old daughter, Mehr. Their little vacay started off last week when they landed in Mauritius and today, it will be a blast for them there. On the occasion of their wedding anniversary, sharing for the first time, Neha Dhupia has posted a throwback trailer of her wedding in which we can catch glimpses of many unseen moments from Neha and Angad's D-day. Neha Dhupia has captioned the video as, "To the most special #throwback of my life ... thank you for showering my life with all your love ... #happyanniversary my everything @angadbedi." Take a look:

Angad Bedi had a chat session with Pinkvilla recently. Talking about his and Neha's one year of togetherness, Angad had shared that had it not been for Neha, he would never have settled down. The Soorma actor was quoted as saying, "This one year has been very blissful. I've had a lot of people say many things about getting married and settling down, but for us, we continue from the same place where we started. We still are friends, and yes, we are lovers and we also have a beautiful family. I want to just put it in a simple way that had it not been for Neha, I wouldn't have settled down. I am very fulfilled and complete with a partner like Neha. I think there has been God's grace including the three of us now, including Mehr. I guess, sometimes when you do good deeds, you gain a lot in returns. That's how I would like to sum up my whole year with Neha and also Mehr."

Angad Bedi adorably added that even after marriage, he still feels that Neha Dhupia is his girlfriend. He had added, "I still feel she is my girlfriend. I think we are a couple definitely with responsibility. But we tend to see and enjoy the lighter side of life more. Our friendship was always based on a lot of honesty. We used to be the mirrors for each other and that has helped us grew in our marriage also and it remains the same. Like all couples, we agree and we disagree. There was a time when obviously, you take time to make up with them but the lovely quality that my wife has that if she gets slightly upset she changes her mood quickly. But that's unfortunately with me. That's what makes for a beautiful marriage. Otherwise, it's very honest and that's how you go about it because you are two different individuals, and you try to balance each other very well." (Suggested Read: Shakti Mohan Gives The 'World's Bestest Jiju' Tag To Sister Neeti Mohan's Husband, Nihaar Pandya) 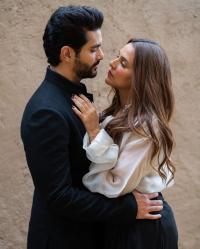 Neha Dhupia and Angad Bedi became parents to Mehr Dhupia Bedi on November 18, 2018. Talking about her, Angad told Pinkvilla that she has gotten him a lot of luck in his life. Angad had retorted, "Mehr is an extension of the two of us and she has brought a lot of happiness and joy not just to Neha and me but also our parents. Our parents have become grandparents and they always wanted their children to settle down and start a nice family life. I think Mehr has done exactly that. Mehr has got not just us a lot of blessings but to our parents and both our families as well. She has definitely got me a lot of luck and as we say, 'Jab shaadi hoti toh patni ke bhaag lagte hai', mere saath toh do guna ho gaya hai. With my wife, I'm also blessed with my daughter's luck." 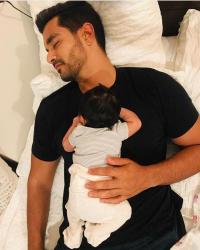 Neha Dhupia had recently shared with a media portal her and Angad Bedi's love story. She had also shared that it was her good friend, Karan Johar who had finally played Cupid between the two. Neha had shared, "Finally, at a party, Karan Johar took us aside & screamed, ‘Can you not see this?! Are you blind?’ You should’ve seen the look on Angad’s face. He had ‘I told you so!’ tattooed on his forehead. When we finally decided to get married, he didn’t go down on one knee & propose. He told me I’d already wasted 4 years & declared ‘Chalo Dilli!’ to meet his parents. Then he said, ‘Before you change your mind, pick an outfit because we’re getting married in 2 days!." 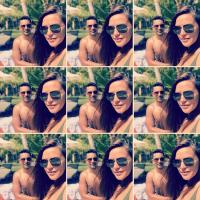 Earlier, Neha had shared in another interview about her first year into the marital life. She had said, “This year has taught me a lot. When you accomplish so much personally, it changes you professionally as well. At the start of the year, I had not imagined that I’d become a wife and mother. It has all happened so fast; it’s beautiful.” (Recommended Read: Soni Razdan Comments On Alia Bhatt And Ranbir Kapoor's Secret Wedding At Lake Como, Italy)