Neha Dhupia had posted a 'delicious' Instagram story which reminded us of all the efforts our naani maa makes when we visit her!

In this fast-pacing world, remember those good old days in our life, when afternoons were reserved for our naani/daadi maa, wherein she would pluck raw mangoes from the trees, smear it with rock salt and chili powder while telling us stories about ‘buddha baba’ who stays far away? From singing us our favourite lori and lulling us to sleep, to making sure that the best meals are prepared when we are home, naanis/daadis are just the best! And we bet Neha Dhupia’s five-month-old daughter, Mehr Dhupia Bedi will vouch for the same when she grows up. (Do Read: Alia Bhatt Talks About Working With BF Ranbir Kapoor In Brahmastra, Says 'His Eyes Are So Honest')

It was on November 18, 2018, when Neha Dhupia and her hubby, Angad Bedi became proud parents to a baby girl after 6 months of marriage and named her Mehr Dhupia Bedi. On March 18, 2019, Mehr had completed 4 months into this planet and for the same, her doting parents posted a beautiful picture of her with mommy, Neha. While Neha had captioned the picture as, “Four months of pure unconditional love”, Angad had written, “Baby mehr you are 4 months old today .. I miss you both come home soon. @nehadhupia #voti.” Here is the picture: Soon after Mehr Dhupia Bedi was born, we had all yearned to see a picture of the adorable princess. That is exactly when Angad Bedi’s father, Bishan Singh Bedi, had tweeted the first-ever picture of the little munchkin. Tweeting a picture of the adorable baby, the ecstatic daadu had written, “U Little Beauty MEHR..another Lifeline for Grandparents...Both Maternal & Paternal..Aren’t we Blessed..?!! Yes All of it by Guru’s MEHR Only..GodBless Little One..Welcome to this Journey..Ordained by Almighty WaheGuru..!!" 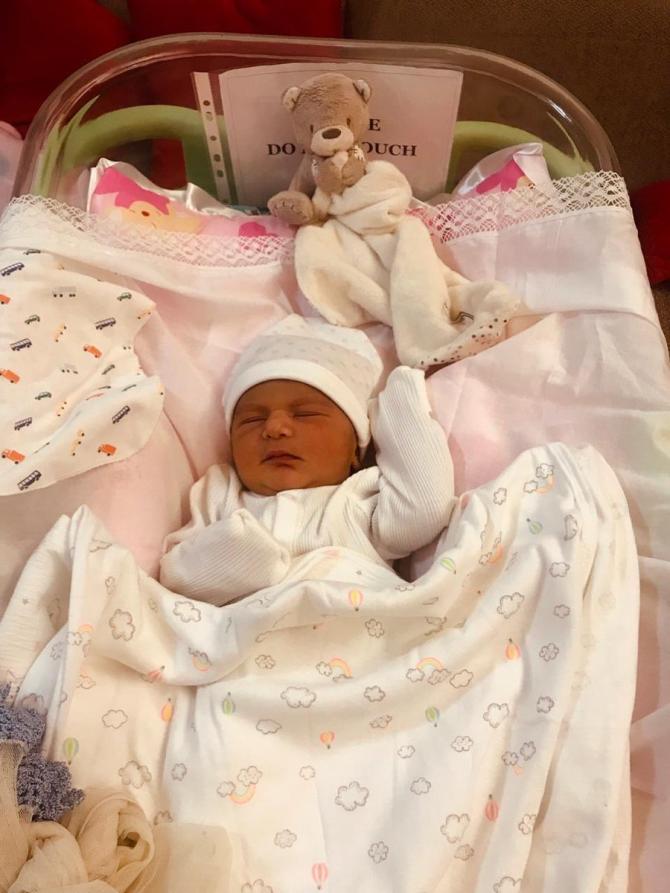 And a few hours back, Neha Dhupia had posted a ‘delicious’ Instagram story which reminded us of all the efforts our naani maa makes when we visit her! The picture that Neha posted had the picture of a yummilicious blueberry cheesecake, which had the words, “Welcome home Mehr”, written on it with cream. However, Neha wrote the words, “Home made #blueberrycheesecake by my fab @babsdhupia” atop the picture! One look at the picture and you will feel like calling your naani right away! (Must Read: Parth Samthaan Tweets About Dating Someone's Ex Amidst His Relationship Rumours With Erica Fernandes) How sweet (quite literally!), right? Do you know, Neha Dhupia was already pregnant when she got married to Angad Bedi in a hush-hush Anand Karaj wedding ceremony on May 10, 2018? It was after the wedding, when Angad had broken the news of Neha’s pregnancy with her parents. Yes, speaking about the super-filmy scenario at his place, the Tiger Zinda Hain star had shared on wife, Neha Dhupia’s chat show, “Considering that you didn’t want to break the news that you were expecting, so we had to tell them that we need to get married and we love each other. I was extremely nervous because that was the judgement day, technically. To break the news to your parents, I really had cold feet as clearly it was not going to come from you (Neha). Everything had to come for me. I had to really man up and speak. I just had to blurt it out and see the reaction.” Neha Dhupia, in an interaction with Hindustan Times, had shared how life has changed after she and hubby, Angad attained parenthood. She had stated, “Angad has become calmer when it comes to movie ticket bookings. Earlier we would just spontaneously decide and go to the movies. Now it is different. I have told him to tell me one day in advance.” 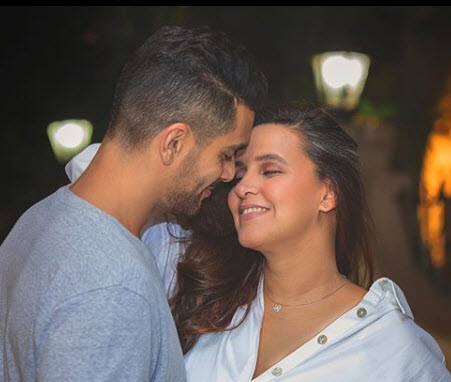 In an interview, Neha Dhupia had shared about the many ‘firsts’ in her life in 2018 and had stated in an interview before the birth of her daughter, Mehr, “There are many firsts this year. We got married and now we are having a baby. It is a very enriching experience for me to be married to such a strong girl. I feel the credit should not be given to her. It should be given to her mother who has raised her and she talks about her very highly. Her father has been an officer and her mother is an extremely hardworking woman. All the good ingredients she has imbibed from them. I am proud of her. The confidence she has is very appealing. Not just to walk the ramp but to come out and speak about the situation is very positive.” (Also Read: 6 Months Pregnant, Sameera Reddy Twinning With Her Mother-In-Law Is Pure 'Saas-Bahu' Love) 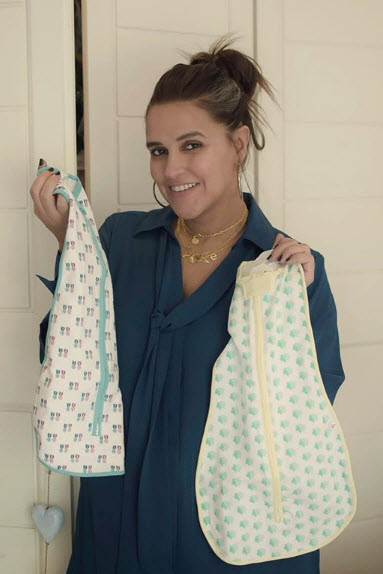 Peeps, what is your fondest memory with your naani maa? Keep us posted!