Neha Dhupia, who is one of the gang leaders of the reality show, ‘Roadies’ gets a new competitor. Her hubby, Angad Bedi reveals the same. Take a look! 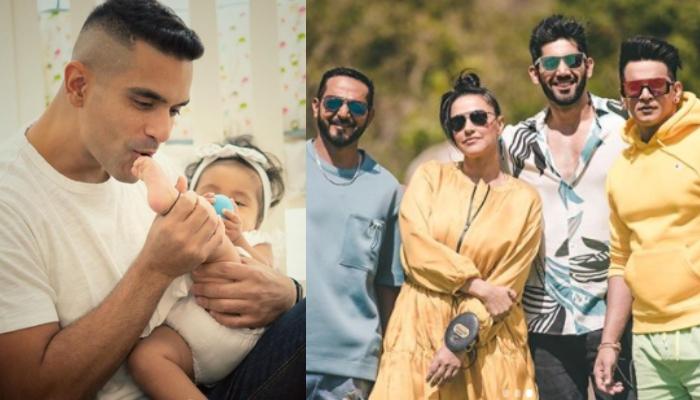 Children bring in the best in a couple as they fill their lives with happiness and joy, and every moment spent with them becomes a cherishable memory. One such happy couple is Neha Dhupia and Angad Bedi, who has been enjoying every moment with their little munchkin, Mehr Dhupia Bedi. From her casual strolls to her playtime, her star parents never miss an opportunity to share glimpses of their princess on their respective social media handles. (Also Read: Pregger Anita Hassanandani Is Worried About Her Baby Because Of Hubby, Rohit's Actions, Find Out)

Angad Bedi and Neha Dhupia had gotten married in a low-key Anand Karaj wedding on May 10, 2018. On November 18, 2018, the duo had become proud parents and had welcomed their little angel, Mehr Dhupia Bedi into their lives. And since then, their lives have been revolving around their baby girl. On June 18, 2020, when Angad’s attibaanu, Mehr had completed 19 months, the loving daddy had taken to his IG handle and had shared an adorable picture with her. Along with the picture, Angad had written, “19 months today our #attibaanu waheguru Mehr kare.” 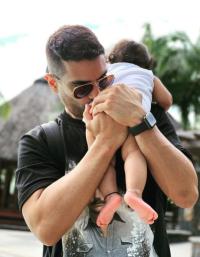 Neha Dhupia is one of the gang leaders in the reality show, Roadies and it seems like she has got a new competitor in her own house. On October 30, 2020, Angad Bedi took to his IG reels and shared an adorable video of Neha’s new competitor, Mehr Dhupia Bedi, all set to leave for Roadies. In the video, Mehr was seen carrying her pink suitcase in one hand and a mirror in the other hand. When her doting daddy asked Mehr, where she is going, the little goofball replied that she is heading to Roadies. Angad captioned the reel as “Navaa gangleader tayaar ho reha ji!!! @nehadhupia very serious matter this... #daddysgirl #baby.”

In a candid interview with Bollywood Bubble, Neha Dhupia had talked about the relationship advice she would give to her daughter, Mehr if she asks her about the kind of man she should marry. She had said, "If my daughter asks for a bit of advice as what kind of man she should marry by the end when she grows up, then I would always tell her 'Marry somebody who you can survive a lockdown with'. I hope there is no more lockdown. Because it's the ultimate test. Till now, Angad and I are passing with flying colours." (Also Read: Neha Kakkar And Rohanreet Singh Sealed It With A Kiss On Their Engagement, Share Adorable Pictures) On November 20, 2019 when Mehr had turned one, Angad had shared pictures of their visit to Golden temple. He had posted a couple of pictures on his IG handle, wherein Mehr had looked adorable in a traditional white ensemble with a sheer dupatta. In one of the pictures, Angad was proudly holding his little angel in his arms. Along with it, he had written, "With our little blessing. guru Hamesha ‘Mehr’ Karein. #satnamwaheguru." 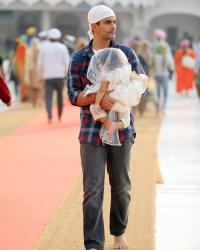 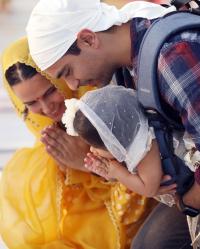 It is clear that Mehr is daddy’s little princess. Angad too is enjoying his role as 'papa bear' and in an interview with Pinkvilla, he had talked about being a father. The actor had said, "The first time I held her was when she came out of her mother's womb. I cut the chord and for me, it was a surreal moment. You know till the time it doesn't happen you don't understand. When the delivery is about to happen, those are moments I will always consider them as the most special. Winning an award or signing of the film can never be compared to the feeling of holding a newborn in your arms." (Also Read: Sania Mirza And Shoaib Malik Share Family Pictures On Their Son Izhaan Mirza Malik's Second Birthday) 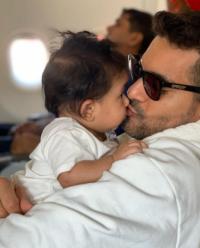 What do you think about Neha’s new competitor? Let us know. 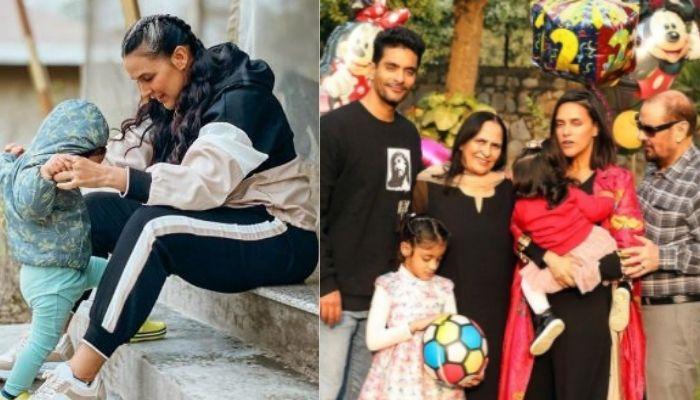 Having cousins and siblings of your age is a blessing because who needs friends then! They become your partner in crime, your saviour at the boring family functions and your secret holders. Other than this, life becomes more fun as you get to party together and sometimes, twin your outfits