The news of Neha Dhupia and Angad Bedi’s wedding came in as a sweet surprise to fans and media amidst a series of shaadiyan. The two ‘best friends’ decided to ‘pull each other’s leg forever’ on May 10, 2018. Soon after close friend, Karan Johar broke the news of their marriage on social media, the couple themselves took to social media to inform fans and followers about their wedding.

As you all know, the couple got married in a hush-hush Sikh wedding in Delhi, with only close friends and family members attending the celebration. And, when it comes to celeb weddings, it is their rings that we are largely interested in. So lo and behold! Neha and Angad’s wedding ring has a phenomenal history behind it. Wanna know? Check it out in the paras to come! A source close to the couple has revealed that the ring that both Neha and Angad are sporting have been passed on from the last two generations! Neha and Angad is the third generation couple from their family who is wearing the rings. The source states, “This is a family legacy that is now passed on to Neha and Angad. His parents have been married for the past 40 years and now they want to see the happiness and togetherness forever for the newly-weds. The ring signifies those sentiments.” That’s amazing, isn’t it! (Also Read: Emotional Neha Dhupia Hugs Her Dad And Cries Her Heart Out During Her ‘Vidaai’ Ceremony) 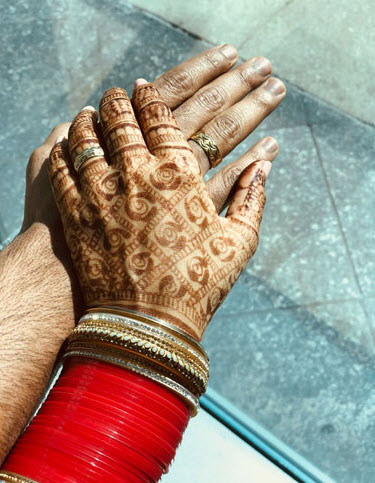 The couple introduced themselves as a couple to the world by calling each other, their best friend. They also issued a joint statement regarding the same. It read, “Marrying your best friend is one of the greatest feelings in the world, and we are extremely fortunate to have found love in each other. It has been a beautiful journey knowing each other and after formalizing the wedding earlier this year, today, we exchanged our vows in a beautifully simple, private and intimate Anand Karaj ceremony in Delhi. We look forward to celebrating and sharing this special moment with our friends and colleagues in Mumbai in the next couple of weeks. Thank you for showering us with so much love. Your blessings have truly made this day so much more special. Neha and Angad.” 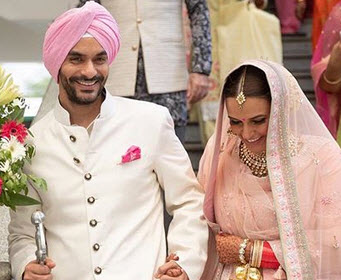 Neha and Angad killed it at their wedding with everything they wore. Right from Neha’s peacock blue outfit which was from the House of Masaba Gupta and it happened to be a fish khadi kaftan to her pink wedding lehenga, she was one of the most beautiful brides ever! Haven’t we drooled over it already? 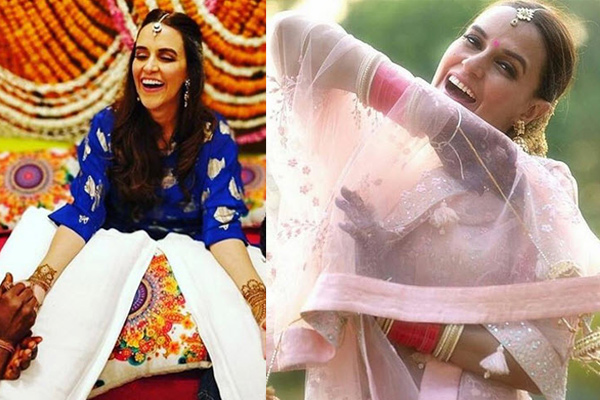 Neha and Angad, we wish you all the best for your future ahead. Tonnes of happiness and love to the both of you!