It was on November 18, 2018, when Neha Dhupia and her hubby, Angad Bedi became proud parents to a baby girl and had named her Mehr Dhupia Bedi. Today, she turns 8-months-old! Choti Si Pyari Si Nanhi Si, Aayi Koi Pari… We bet Bollywood’s one of the most stunning couple, Neha Dhupia and Angad Bedi must have been singing it on repeat, ever since they welcomed their little princess into their lives. We mean, have you ever imagined your life to be so controlled, both sorted and messy at the same time when a little baby comes to your life? Newbie parents still get confused about what to eat for dinner but are always on an ‘attention’ mode when it comes to making decisions and being there for every meek wail of their baby. (Do Read: Chhavi Mittal Reveals When One Should Not Smile Back At Their Baby, Talks About Baby Sleep-Training)

It was on November 18, 2018, when Neha Dhupia and her hubby, Angad Bedi became proud parents to a baby girl after 6 months of their marriage and had named her Mehr Dhupia Bedi. On March 18, 2019, Mehr had completed 4 months into this planet and for the same, her doting parents posted a beautiful picture of her with mommy, Neha. While Neha had captioned the picture as, “Four months of pure unconditional love”, Angad had written, “Baby Mehr you are 4 months old today .. I miss you both come home soon. @nehadhupia #voti.” Here is the picture: 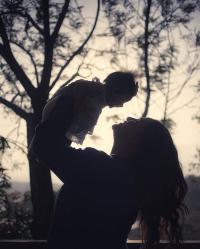 Times flies by in the blink of an eye and the same happened for Neha Dhupia and Angad Bedi too! Seems like it was just yesterday when we had shared with you that Neha and Angad are proud parents to a baby girl and today, July 18, 2019, the little doll Mehr, turned 8-months old! To commemorate Mehr’s 8-month birthday, her star parents posted an ethereal family moment of the awesome threesome. Sharing a boomerang with a love filter, the video had three hands (Neha, Angad and baby Mehr’s) touching a stone wall. Angad, posting the video, wrote, “Feels ... 8months of holding these cute little hands @mehrdhupiabedi @nehadhupia”, to which, Neha commented back with an array of hearts. In fact, Neha too had reposted the same boomerang from her account and had also posted an Instagram story which had just the star daddy-daughter's hands. The words ‘Feels’ was written atop the boomerang video. Check out both below:

Neha Dhupia took to Instagram and also shared a partial glimpse of her daughter, Mehr Dhupia Bedi, on her 8-month birthday. Sharing the picture, she captioned it as, "8 months with our little miss sunshine... @mehrdhupiabedi." Here's the image: 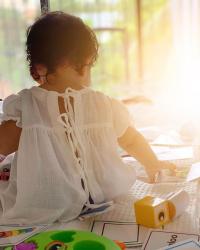 Neha Dhupia and Angad Bedi have a habit of posting dreamy pictures on every major month until their daughter, Mehr Dhupia Bedi turns one. When Mehr had turned 6-months old, we saw a one-of-a-kind full family picture of the Dhupia-Bedi family. The picture had Angad carrying his little princess in his arms while mommy, Neha, kissed her daughter’s hand. Neha had then captioned the picture as, “Shape of my heart ... our baby girl #6monthstoday.” (Must Read: Arjun Rampal's Heavily Pregnant GF, Gabriella Admitted To The Hospital, His Daughters Pay A Visit)

When Mehr Dhupia Bedi had turned 7-months-old, her daddy dear, Angad Bedi had taken to Instagram and had posted an adorable picture. In the picture, Angad was seen tying the shoelaces of his darling daughter. The doting daddy had captioned the picture as “She’s 7 months today... Our lifeline Mehr. Waheguru sukh rakhe. Thank you universe for everything. @nehadhupia you bring a lot of happiness in my life. Credit goes to the wifey.” 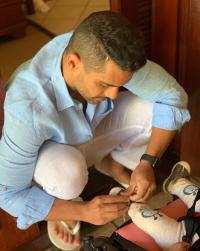 Soon after Mehr Dhupia Bedi was born, we had all yearned to see a picture of the adorable princess. That is exactly when Angad Bedi’s father, Bishan Singh Bedi, had tweeted the first-ever picture of the little munchkin. Tweeting a picture of the adorable baby, the ecstatic daadu had written, “U Little Beauty MEHR.. another Lifeline for Grandparents... Both Maternal & Paternal… Aren’t we Blessed?!! Yes, All of it by Guru’s MEHR Only… GodBless Little One… Welcome to this Journey… Ordained by Almighty WaheGuru!!" 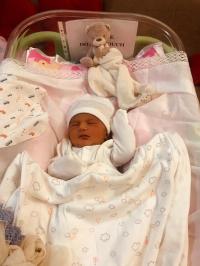 Do you know, Neha Dhupia was already pregnant when she got married to Angad Bedi in a hush-hush Anand Karaj wedding ceremony on May 10, 2018? It was after the wedding when Angad had broken the news of Neha’s pregnancy with their parents. Yes, speaking about the super-filmy scenario at his place, the Soorma star had shared on wife, Neha Dhupia’s chat show, “Considering that you didn’t want to break the news that you were expecting, so we had to tell them that we need to get married and we love each other. I was extremely nervous because that was the judgement day, technically. To break the news to your parents, I really had cold feet as clearly it was not going to come from you (Neha). Everything had to come for me. I had to really man up and speak. I just had to blurt it out and see the reaction.” 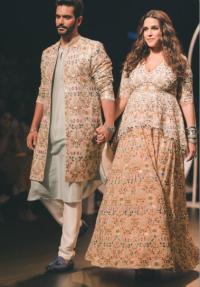 Neha Dhupia, in an interaction with the Hindustan Times, had shared how life has changed after she and hubby, Angad Bedi attained parenthood. She had stated, “Angad has become calmer when it comes to movie ticket bookings. Earlier we would just spontaneously decide and go to the movies. Now it is different. I have told him to tell me one day in advance.” (Also Read: Sameera Reddy's Son Hans Brings His Newborn Sister Home Cuddled In His Arms, It Is A Sight To Behold) 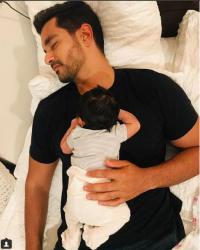 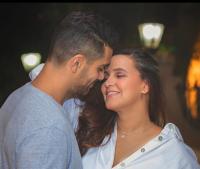