Neetu Kapoor and Riddhima Kapoor Sahni gave a sneak-peek into Ranbir Kapoor's birthday lunch. Scroll down to check it out!

The heart-stealer, the charmer and the performer, Ranbir Kapoor had turned 38 yesterday, on September 28, 2020, and hoards of wishes had poured in. Amongst all, the elated fans were super excited to see how his girlfriend, actress, Alia Bhatt wishes him on his birthday, and we have to say, she hadn't disappointed us! (Recommended Read: Sara Ali Khan Says Sushant Was Not Loyal To Her In Their Relationship, During Questioning To NCB)

Keeping her birthday wish subtle, Alia had posted a picture of her 'mister handsome' from his birthday bash with a heart emoji beside it, wishing him happy birthday. Scroll down to see more pictures from Ranbir Kapoor's birthday bash! 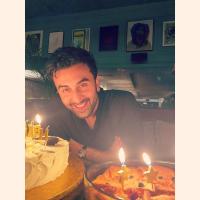 Ranbir Kapoor's mom, Neetu Kapoor posted celebration pictures on her IG stories, wherein Ranbir can be seen getting a peck from his mother, while posing with his sister, Riddhima Kapoor Sahni. The Kapoor ladies donned adorable cake-headbands. Sharing a candid click of Ranbir from his birthday bash, his mom, Neetu also penned a heartfelt wish for him. She wrote, "Birthdays are not complete without blessings !! I bless him every day for his deep understanding of people's emotions !!! For effortlessly making people feel secure around him!!!" In the picture, Ranbir can be seen looking all-charming, smiling with his seemingly delicious birthday cakes in front of him. 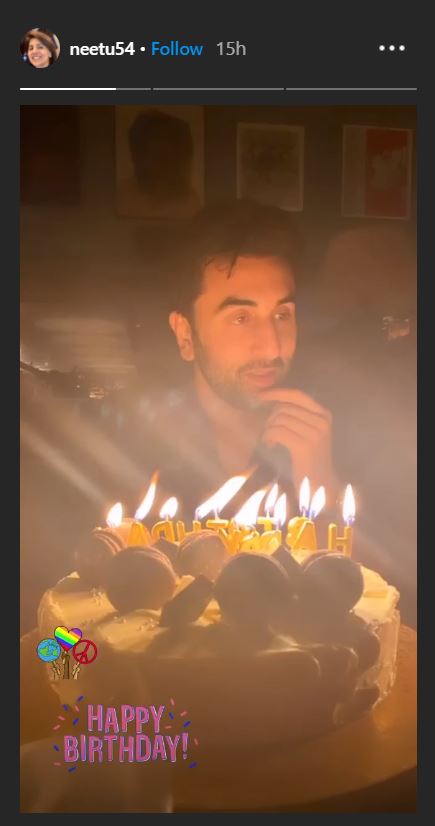 Ranbir Kapoor's sister, Riddhima Kapoor Sahni also took to her IG handle to share pictures from her bro's birthday lunch and captioned it as "Birthday lunch. Happiest Bday Rans." The happy picture featured the star family, Ranbir, his sister, Riddhima and their mother, Neetu posing for the camera with happy faces. The doting sister had wished her star brother, in the most adorable way. Sharing a collage of beautiful memories, Riddhima had written, "Happiest bday AWESOMENESS! Love you so much #babybrother #38andfab." 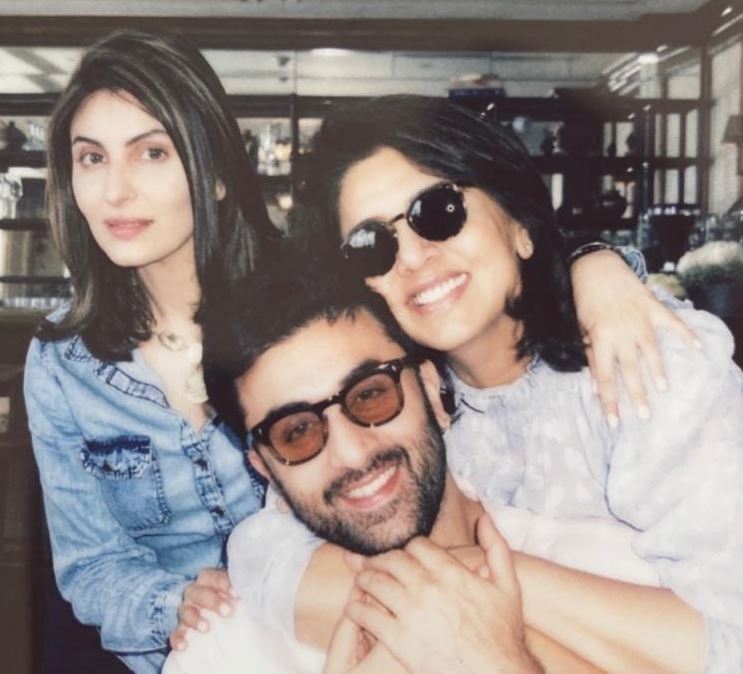 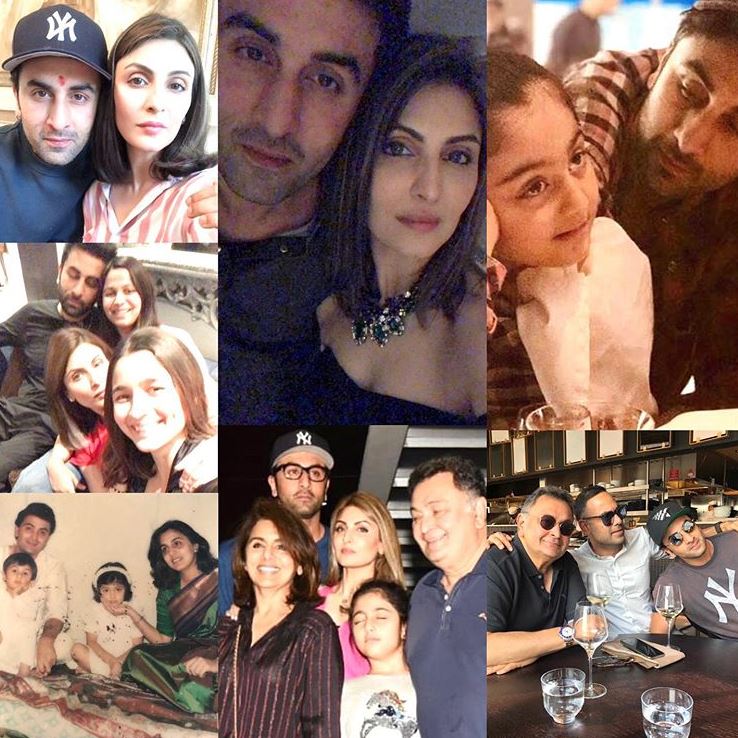 Ranbir Kapoor's cousin, Bollywood diva, Kareena Kapoor Khan had also wished her 'best bro' by sharing an unseen childhood picture with him. As it was their bua, Rima Jain's birthday as well, Bebo had curated an adorable wish for both of them. She had written, "Great minds, great people born on the same day...wah. Happy Birthday Best Aunt and Best Bro." (Also Read: Paras Chhabra And Mahira Sharma Complete One Year Of Togetherness, Seal It With A Kiss [Video]) 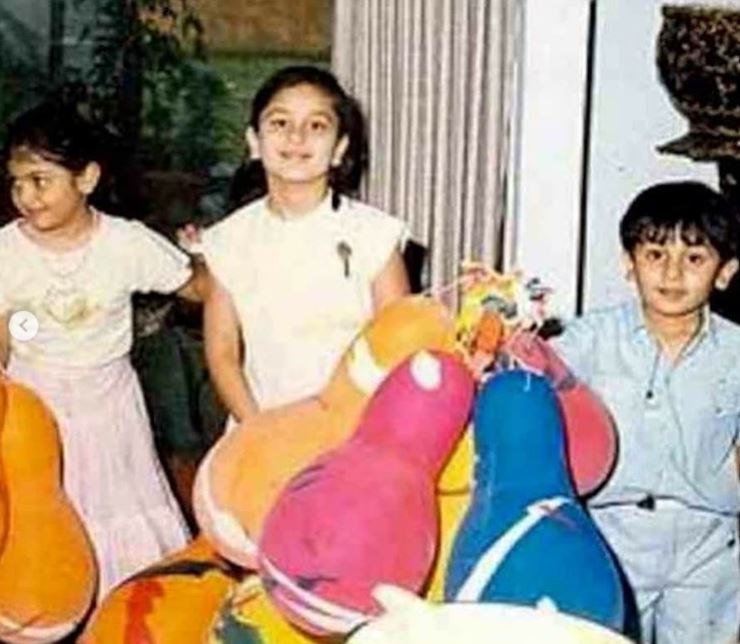 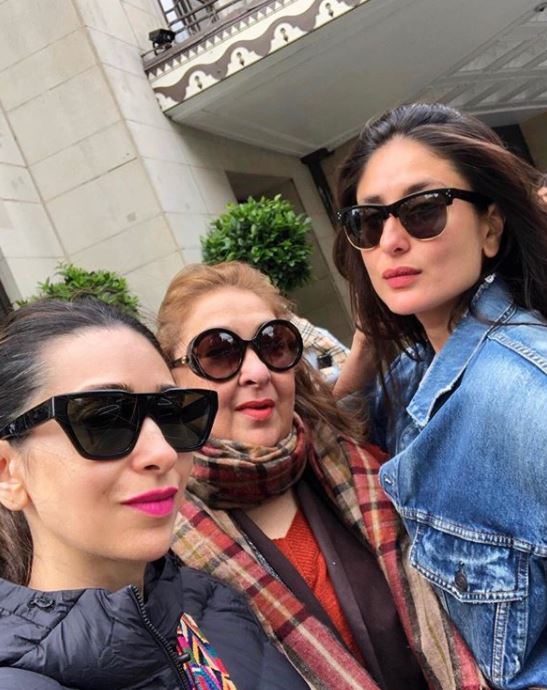 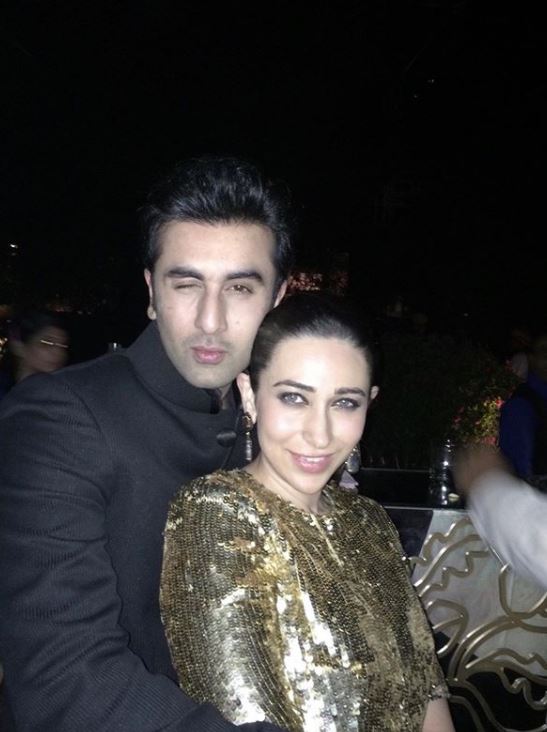 When Ranbir Kapoor had turned 37 last year, his mother, Neetu Kapoor had shared unseen pictures from one of his birthday celebrations during childhood. Alongside the pictures, Neetu had written, “This day brings loads of nostalgia!!! When there were no event managers When we would go shopping a week before the birthdays When we went crazy with khoi bag back presents dance competitions fancy dress prizes the birthday gift was a big one!!! Now I bless you each day, when you leave so much goodness behind where ever you go, when you are our strength, when you understand without saying, when you encourage everyone around you all of this fills my heart with so much joy n pride!!! Happiness always RK.” (Don't Miss: Anushka Sharma Is Too Excited For A Pregnant Lady As Hubby Virat Kohli's Team RCB Wins Another Match) 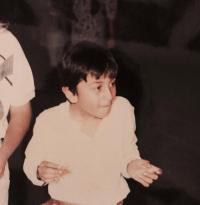 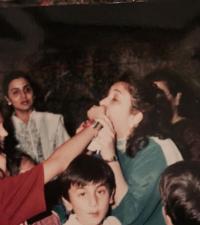 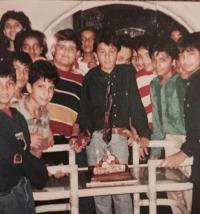 Here's wishing our favourite Ranbir Kapoor a lifetime of happiness, health and love!