On August 31, 2020, Neetu Kapoor shared a beautiful picture with her daughter, Riddhima Kapoor Sahni and her granddaughter, little Samara Sahni. Scroll down to check it out!

Legendary actor, Rishi Kapoor had left for the heavenly abode on April 30, 2020, leaving behind a mourning family. He had battled with cancer for the past two years and had ultimately succumbed to it, but not without putting up a brave fight. Since Rishi ji's demise, his daughter, Riddhima Kapoor Sahni had turned into a pillar of strength for her mother, Neetu Kapoor. FYI, she has been staying with her mother, Neetu ji in their Mumbai residence to be with her in these difficult times. (Recommended Read: Mahesh Babu And Namrata Shirodkar Wish Son, Gautam With Unseen Childhood Pictures On His Birthday

Neetu Kapoor has always been the woman, who prioritizes her family over everything, be it leaving her career at the peak to look after her kids or giving Rishi ji and her marriage another chance. Did you know Neetu ji's phone cover has a sticker of the Kapoor family on it? Yes, on a close look at her phone cover, you can see a cute picture of the Kapoor family turned into a sticker and glued on to her mobile phone. 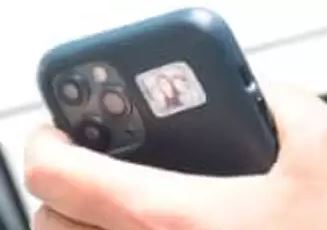 On August 31, 2020, Neetu ji took to her IG handle and shared a beautiful picture with her daughter, Riddhima Kapoor Sahni and her granddaughter, little Samara Sahni. Along with the picture, Neetu ji penned a heartfelt note remembering her late husband, Rishi ji, reflecting how their daughter, Riddhima is a part of him. Her quote can be read as "A part of you goes with the person who has gone and a part stays with you." On June 28, 2020, Neetu ji had shared a throwback picture with Rishi ji, in which, we could see him in a formal suit while Neetu ji had donned a pink-coloured ensemble. Alongside it, she had written about the battles and the love of her dear ones, and it could be read as "Big or small We all have a battle to fight in our heads you may have a huge house with all the luxuries and still be unhappy whereas have nothing n be the happiest it’s all a state of mind!! All one needs is a strong mind n hope for a better tmrw!!! Live with gratitude, hope, work hard! Value your loved ones as thats your biggest wealth." (Also Read: Aamir Ali And Sanjeeda Shaikh's Daughter, Ayra Turns One, The Doting Daddy Shares Her First Pictures) Some days ago, we had witnessed the low-key Ganesh Chaturthi celebration of the Kapoors. Neetu Kapoor and Riddhima Kapoor Sahni had opted for an intimate Ganesh visarjan in their building. We could see Neetu ji holding aarti ka thaal and smiling, looking at the cameras, whereas, Riddhima was seen holding their dog, Doodle, accompanied by their staff members.

On Neetu ji’s 62nd birthday, her daughter, Riddhima Kapoor had shared a beautiful family picture on her IG handle from the celebrations. The picture had featured Neetu Kapoor, Riddhima Kapoor and her brother, Ranbir Kapoor. We could see Neetu Kapoor looking gorgeous in her black outfit, Riddhima Kapoor Sahni looking elegant in her white dress, and Ranbir Kapoor looking dapper in his floral green t-shirt. Along with this picture-perfect family selfie, Riddhima had written a caption, which could be read as "Happiest bday my Iron Lady I love you so much Ma." Riddhima Kapoor Sahni shares a strong bond with her mother, and her social media posts are proof of the same. Some time ago, Riddhima had taken to her Instagram handle and had posted a picture of herself with her mother, Neetu Kapoor. The Kapoor ladies were seen twinning in white and black checkered shirts, looking chic and elegant as ever. Riddhima had also put a sweet caption on the picture which could be read as "Just us #twinningwithmommy #strongertogether." (Don't Miss: Shoaib Ibrahim Shares Pictures With 'Humsafar', Dipika Kakar Ibrahim From Nidhi Dutta's Engagement) 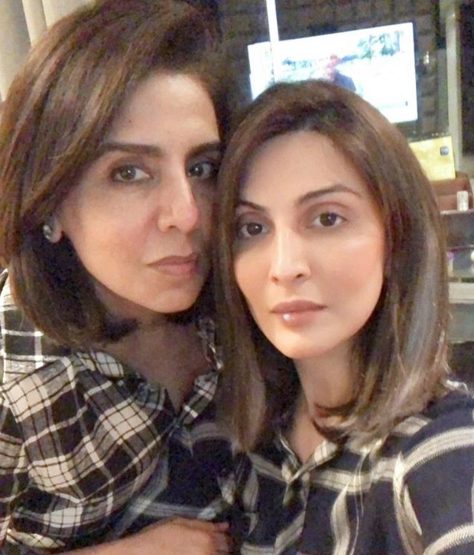 Here's wishing more power and strength to you, Neetu ji!