Ever since Neeti Mohan and Nihaar Pandya got married, we have been eagerly waiting to get a closer glimpse of the Ishq Wala Love singer's engagement ring.

“Who doesn’t like to flash a big rock on her finger?” Some women do live their fairytale life with a super-romantic proposal, perfect sparkling rocks on their ring finger and lavish dreamy weddings. B-town divas are the exemplars in this arena and the super-expensive engagements ring flaunted by them, which has made our hearts blurt out a big loud ‘oh my God', are a proof of it! Bollywood’s ace singer, Neeti Mohan too, lived her dream when she got married to the love of her life, Nihaar Pandya. (Also Read: Radhika Merchant Flaunting 'No Makeup' Look At Akash-Shloka's Mehendi Proves She Is A Natural Beauty)

After the ‘sisters before mister’ fun bachelorette photoshoot and vibrant pre-wedding ceremonies, the Manikarnika: The Queen of Jhansi actor, Nihaar Pandya and Nainowale Ne singer, Neeti Mohan were pronounced as husband and wife on February 15, 2019. On February 20, 2019, Nihaar and Neeti had finally treated their fans with a glimpse of their functions and wedding looks. Sharing the same on social media, Neeti and Nihaar wrote similar captions, “With the blessings of family, friends and well-wishers, we are blissfully married. Dad's health is getting better each day. The Mohan and Pandya family THANK YOU for your constant love and support.”

Ever since Neeti Mohan and Nihaar Pandya got married, we have been eagerly waiting to get a closer glimpse of the Ishq Wala Love singer’s engagement ring. Recently, Neeti Mohan and Vishal Dadlani released their soulful mix of Tumhe Apna Banane Ka-Chand Chhupa. Sharing a glimpse of her outfit from the same, the newly-married singer captioned her post as, “Chand chupa baadal mein”. Looking mesmerising in a pastel-coloured lehenga, Neeti flaunted her engagement ring given to her by her man, Nihaar. 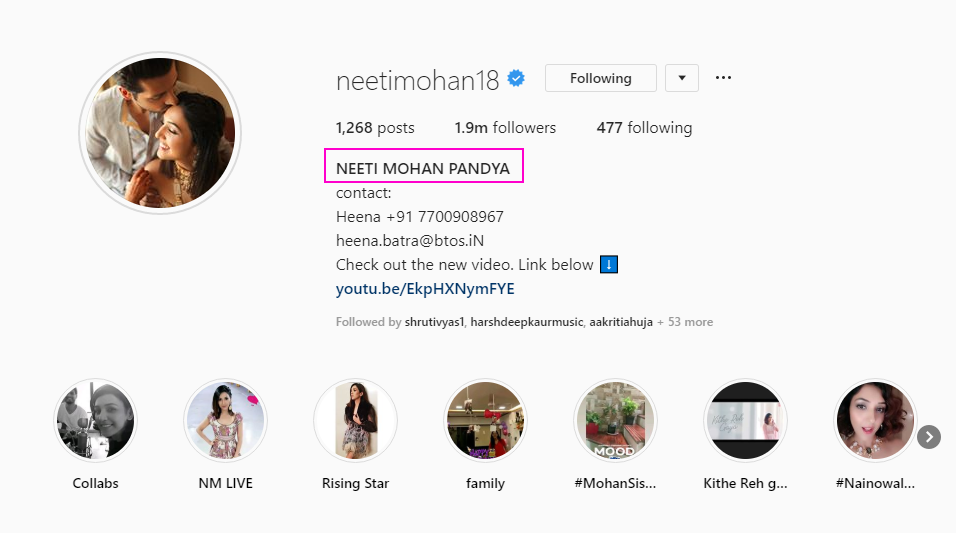 Neeti Mohan Pandya and Nihaar Pandya are enjoying their marital phase to the fullest and are loving ‘being married’. As per a Times Now report, Neeti shared her favourite memory from the wedding and how is life treating the newly-weds post getting married. Speaking about this super exciting phase in her life, Neeti said, “It is great to be married. It’s even better when your life partner and the new family are supportive of your profession. I love being married.” When asked which was her favourite moment from their elaborate wedding functions, Neeti retorted, “It’s been only a month since we got married. Everything is so fresh. All the memories are so precious.” (Also Read: Kareena Kapoor Khan Snapped With Sunshine Taimur Ali Khan, Back On Mommy Duties After Shoot Wraps Up) 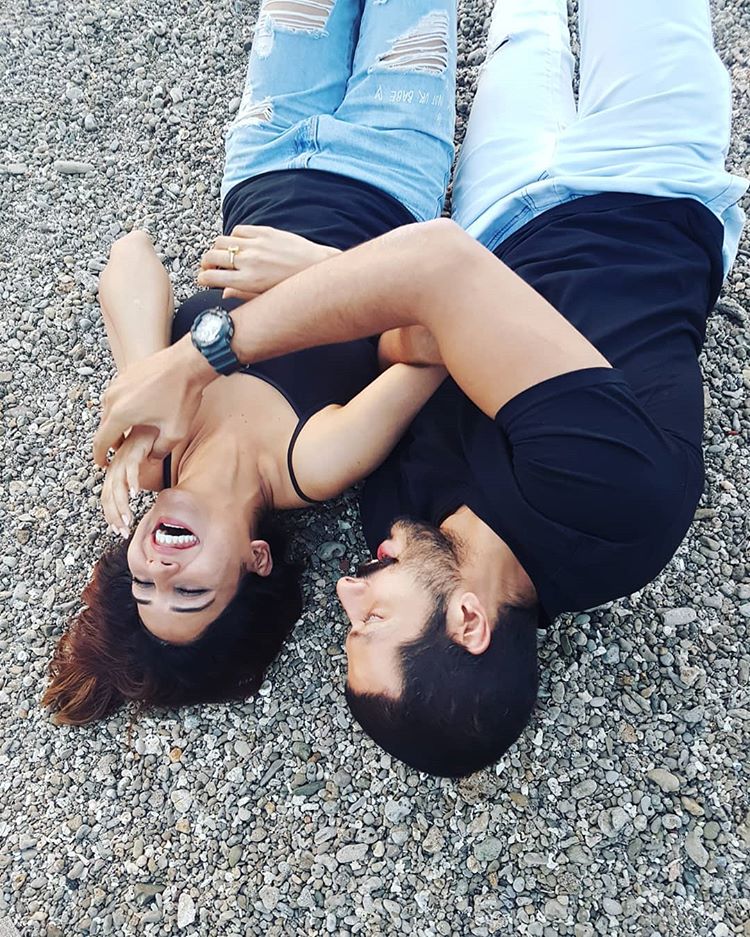 Nihaar Pandya also congratulated Shankar Mahadevan for the Padma Shri award and wrote in the same caption, “Heartiest congratulations on the Padmashri Shankar Sir. Will come and see you soon. All the best for the season... It's going to be Epic #RisingStar3 @colorstv @optimystixmedia”. To Nihaar’s comment, “Will come and see you soon” for Shankar Mahadevan, Neeti Mohan replied, “Please come to see me also.” Here’s the screenshot: 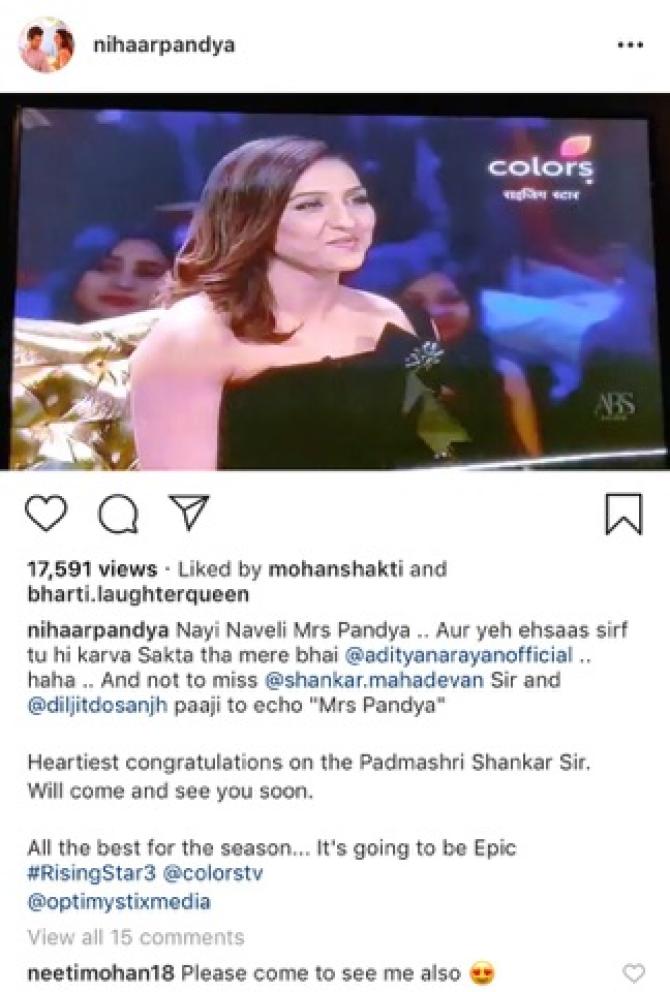 In a throwback interview, revealing how love blossomed between her and Nihaar Pandya, the Jiya Re singer had stated, “We both have strong values and quite similar ones. I think Jimmy knew that, and trust me, he was very sure that we would click. He introduced us at a wedding, where Nihaar was accompanied by his parents. They met me very warmly and there was an instant connect with not just Nihaar but also his family members.” (Also Read: Akash Ambani And Shloka Mehta's Unseen Swing Picture Will Make You Sing, 'Aise Na Mujhe Tum Dekho') Isn’t it a beautiful ring? We wish Neeti and Nihaar a life full of happiness and love!