Neeti Mohan Pandya took to Instagram and posted a beautiful poem that her father wrote for her as she embarked her journey towards becoming Mrs Pandya.

Who is that one person who inspite of a gnawing hollowness in his heart at your wedding, still tries hard to maintain a straight face while he performs your kanyadaan? Your father! As stereotypical as it sounds, daughters are extremely close to their fathers than anyone else in the family. While you keep busy with the very thoughts of leading a new life, it aches a father’s heart when he imagines that he will have to walk into your empty room when you are gone. And what looks like it, celebrity singer, Neeti Mohan Pandya’s father, Brij Mohan Sharma had exactly the same feeling when she got married. (Do Read: Nita Ambani Gave Her Daughter-In-Law, Shloka Mehta A Wedding Gift Worth Rs 300 Crore, Details Inside)

A day after, Valentine’s Day, it was on February 15, 2019, when Nainowale Ne singer, Neeti Mohan got married to Manikarnika actor, Nihaar Pandya. The stars got married at the magnificent Falaknuma Palace in Hyderabad in the presence of their close friends and family. While the wedding bash was going on in full swing, Neeti Mohan Pandya’s father, Brij Mohan had started to feel uneasy, and later had to be admitted to the hospital.

Neeti Mohan Is A Happy Bride-To-Be At Her Bachelorette, Mohan Sisters-Tahira Kashyap Have A Blast By God’s grace, he recovered well and Neeti Mohan Pandya herself had shared the news with her fans. And it was on March 24, 2019, when the celebrity singer took to Instagram and posted the beautiful poem that her father wrote for her as she embarked her journey towards becoming Mrs Neeti Mohan Pandya. Sharing the heartfelt poem, the Ishq Wala Love actress wrote, “Everyday I get gift of your wisdom and today it's a brand new poem written by you as I have just begun a brand new journey of being Mrs Neeti Mohan Pandya. Thank you papa. I love you so so much @bms.brijmohan”. 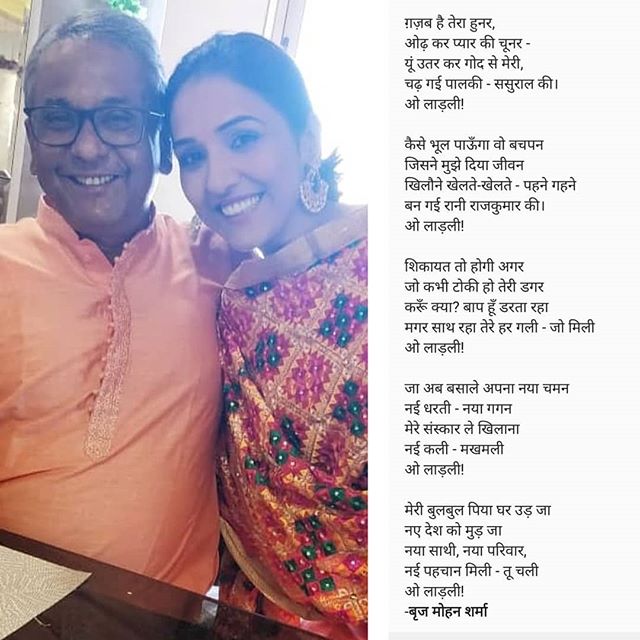 Didn’t this make you go all teary? On Women’s Day 2019, Neeti Mohan shared a heartwarming video of her father, Brij Mohan Sharma and her sister, Mukti Mohan talking about women being a celebration in themselves! Sharing the video, Neeti wrote, “For us, everyday is Women's Day!!! Because our father who has brought us up with a belief that "Being a woman is a celebration" #happywomensday2019 @kmohan12 @mohanshakti @muktimohan.” Here’s the video:

Speaking about Neeti Mohan Pandya and Nihaar Pandya’s wedding reception, a big bash had been arranged by the newly-wedded couple at Four Seasons Hotel for important dignitaries and their Bollywood friends. Given the need of the hour as Neeti’s father, Brij Mohan wasn’t well, the families had postponed the same and all the invitees were informed about it through text messages and calls. The message sent from the families could be read as, “Dearest Family & Friends, We wish to inform you that, with your blessings, Neeti and I have tied the knot on 15.02.2019. We are very grateful to you for accepting our invite for our Wedding Reception Celebration at the Four Season's Mumbai.” The message could be further read as, “However, due to unforeseen medical circumstances in the family, we are forced to postpone this event indefinitely.  We do hope you will understand. We regret the inconvenience caused to you. We once again thank you and seek your continued blessings. Regards- Pandya & Mohan family.” (Must Read: Deepika Padukone Dances Her Heart Out With Husband Ranveer Singh And Vicky Kaushal, Video Inside) 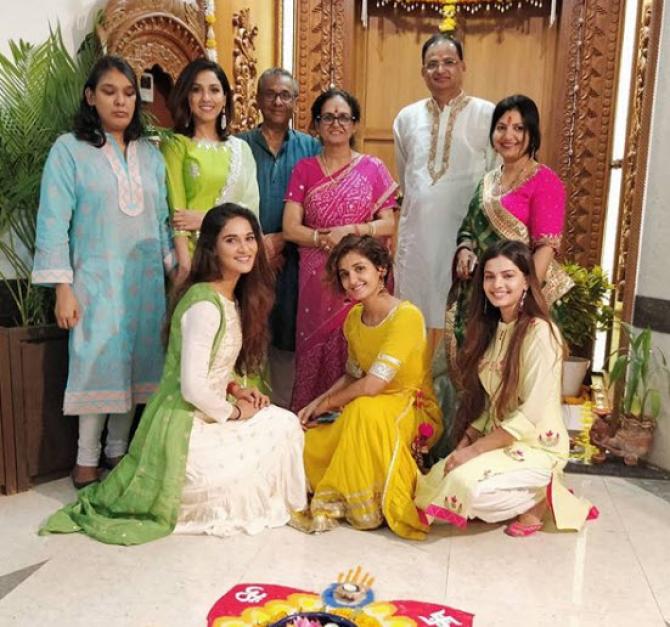 The unfortunate incident began on the day of the wedding itself (February 15, 2019), when people noticed the absence of Brij ji from the wedding. When SpotboyE had contacted Mukti Mohan, she had shared, “Dad cannot take too much physical stress, so we had kept him in the hotel room. He was not to be seen at the mandap and people freaked out.” Revealing the next set of incidents, she shared, “Well, we had called the doctors to the hotel room and they suggested that he should be shifted to the hospital.” Mukti also stated that her father was very much a part of all pre-wedding festivities, “Actually, a year and half ago, Dad had become very serious owing to some exertion. Since then, we have been very careful when it comes to any hectic schedule.” 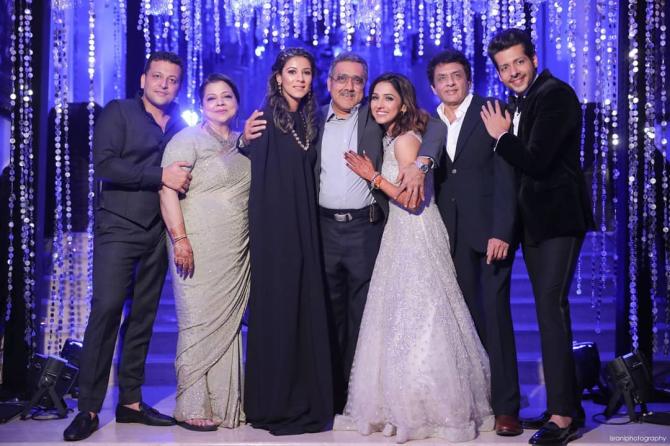 It was soon after, when Neeti Mohan Pandya and her hubby, Nihaar Pandya shared the first-ever picture from their wedding, where the former shared an update about her dad’s health. The message that she had shared could be read as, “With the blessings of family, friends and well-wishers, we are blissfully married. Dad's health is getting better each day. The Mohan and Pandya family THANK YOU for your constant love and support”.

Do you know, Neeti Mohan Pandya’s father, Brij Mohan Sharma had loved his damaad, Nihaar Pandya, the moment he met him? Revealing about the same, Neeti had shared in an interview, “Nihaar met my parents. My Dad loved him almost instantly. He used to keep saying, "I have four daughters. Why is none of them getting married?" How did she knew that she was going for the right guy? Neeti revealed, “Yes, as I said almost instantly, and my conviction became stronger by the day.” (Also Read: Neetu Kapoor-Soni Razdan Post Lovely Notes For Ranbir Kapoor And Alia Bhatt For Their Filmfare Win) 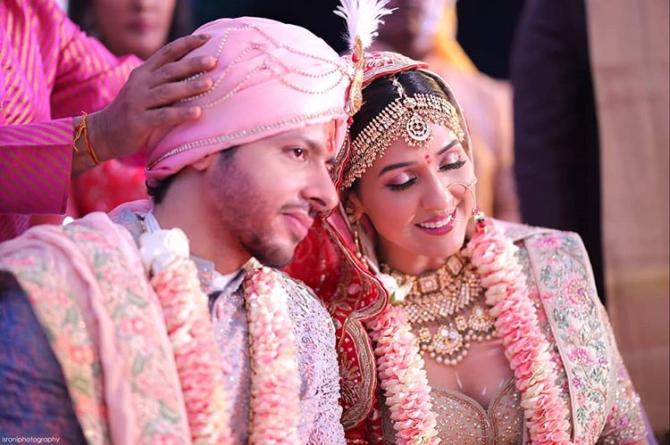 Guys, how did you like the poem which Neeti Mohan Pandya’s father had written for her? Keep us posted!