Netflix India, which owns the sole right to shoot and broadcast Vignesh Shivan and Nayanthara's wedding moments, shared the teaser of the couple's 'Beyond The Fairytale' life. It's simply unmissable!

South Indian actress, Nayanthara and her husband, Vignesh Shivan entered into the marital phase of their lives on June 9, 2022. They had tied the marital knot in a grand ceremony in Mahabalipuram, Tamil Nadu. Since then, they never miss a chance to give a sneak peek into their lives, and we just can't stop gushing over them. For the unversed, they had first met on the sets of his directorial film, Naanum Rowdy Dhaan, in 2016, and gradually fell for each other. They were in a steady relationship for many years before finally getting married.

Soon after their wedding, Vignesh Shivan and his loving wife Nayanthara went for a beautiful honeymoon in Bangkok, Thailand. On June 20, 2022, Vignesh had taken to his IG handle and shared a series of mushy pictures with his wife, from the same. In the pictures, the then-newlywed couple could be seen lost in each other's embrace while being clicked. Sharing the glimpses of their cosy moments with each other, Vignesh had penned:

Nayanthara Flaunts A Ring, Fans Congratulate Her For Engagement With Beau, Vignesh Shivan

"In Thailand With My Tharam." 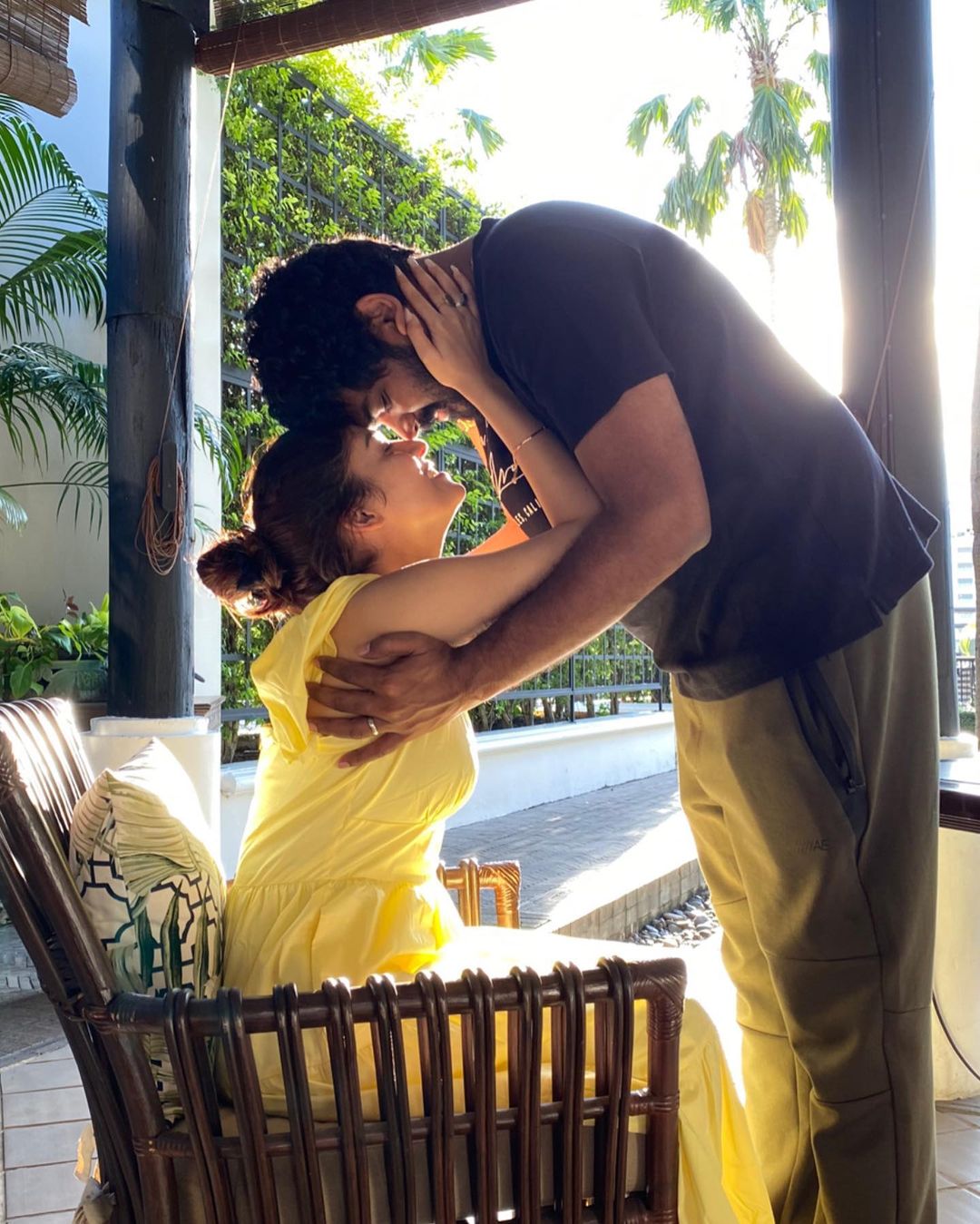 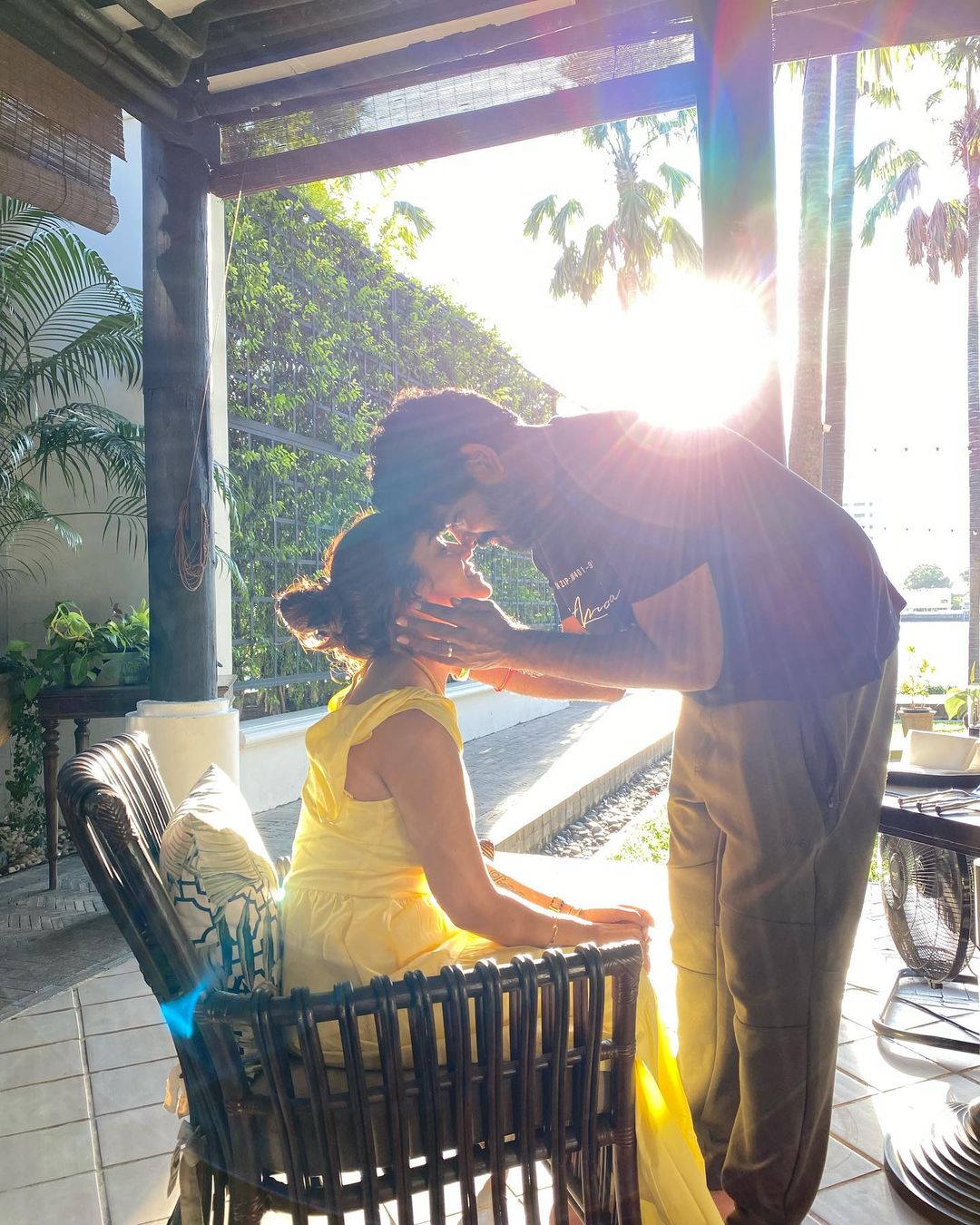 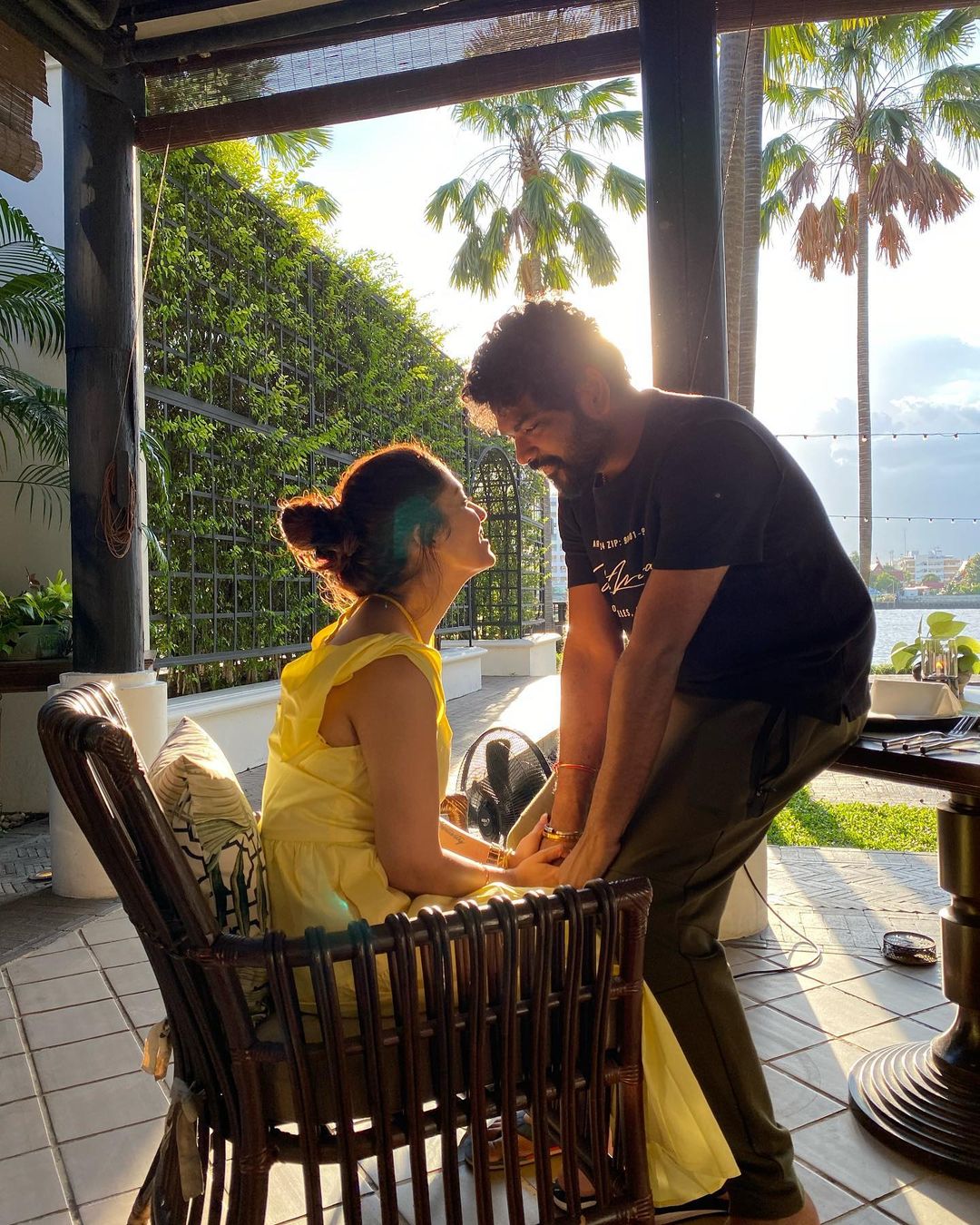 A few hours ago, Netflix India which has the sole right to broadcast Vignesh Shivan and Nayanthara's wedding moments, shared a teaser of the same. In the video, we get to see a glimpse of the couple's life in the wedding documentary named "Nayanthara: Beyond Their Fairytale". For the unversed, the wedding film is directed by Gautam Vasudev Menon and produced by The Rowdy Pictures. The doting husband was also seen lauding his darling wife in the video. Vignesh said:

"As a woman, I'm in love with her nature. her character itself is very inspiring and she is very beautiful inside out."

On July 21, 2022, we had got hold of some of the unseen pictures from Nayanthara and Vignesh's pre-wedding photoshoot shared by Netflix India on their official Instagram handle. In the surreal pictures, the couple was seen lost in each other's embrace and radiated pure love. The actress looked gorgeous in a cream-coloured saree paired with a sleeveless blouse. Subtle makeup and minimal jewellery completed her look. On the other hand, her filmmaker-husband looked husband in a white shirt paired with black pants. Along with the pictures, the caption could be read as:

"These images of Nayanthara and Vignesh have us seeing stars. BRB, we're doing a little happy dance ourselves because THEY’RE coming to Netflix it’s beyond a fairy tale!!"

Also Read: Neena Gupta On Her Feelings For Ex-BF, Vivian Richards, Reveals Why She Made Babies With Him 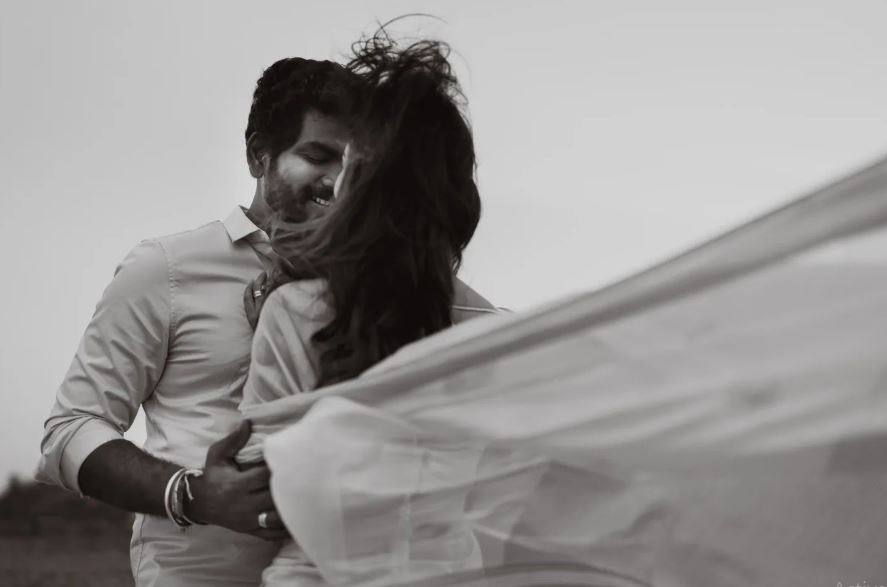 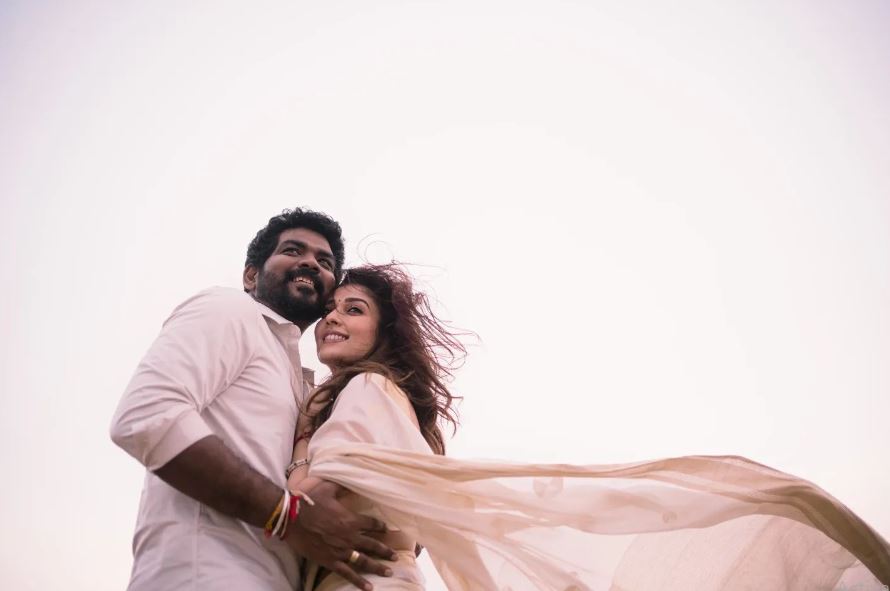 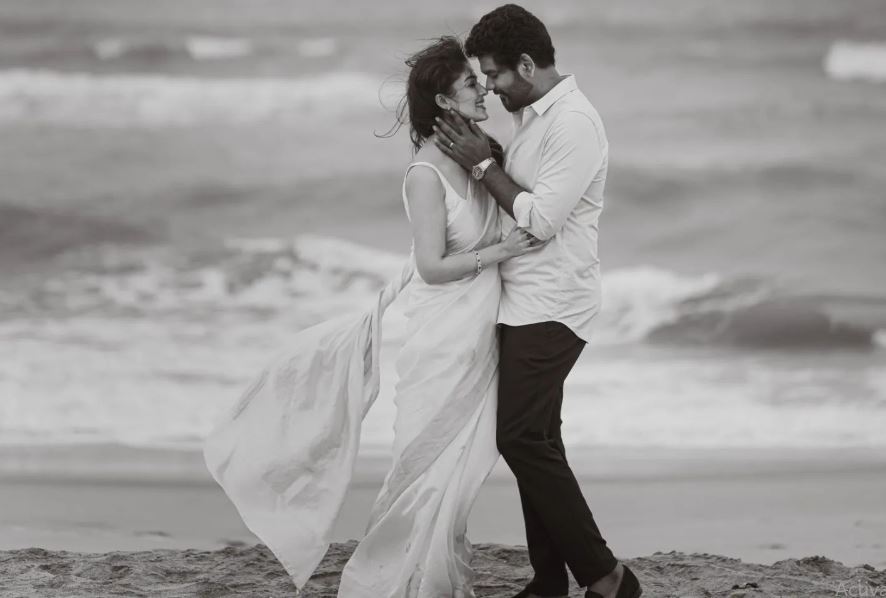 On July 9, 2022, taking to his IG handle, Vignesh had shared a series of pictures from his wedding with Nayanthara to mark their one-month anniversary. In a few pictures, we could see glimpses of Bollywood's superstar, Shah Rukh Khan along with the much-in-love couple, Nayanthara and Vignesh. Vignesh had also given a glimpse of Tollywood's superstar, Rajinikanth at his wedding. The couple was also seen getting a big basket of gifts from Rajinikanth along with a lot of blessings. Check out: 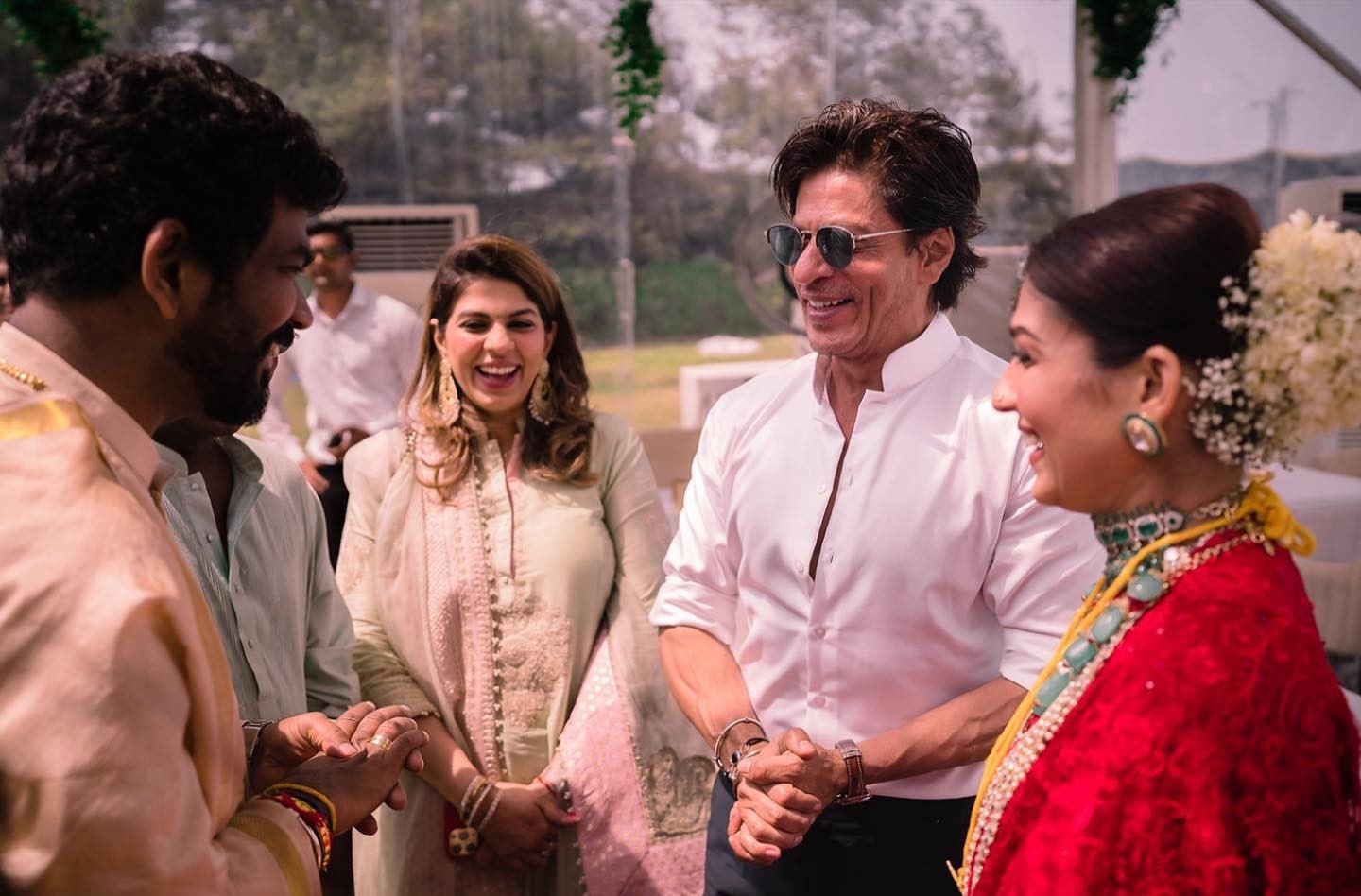 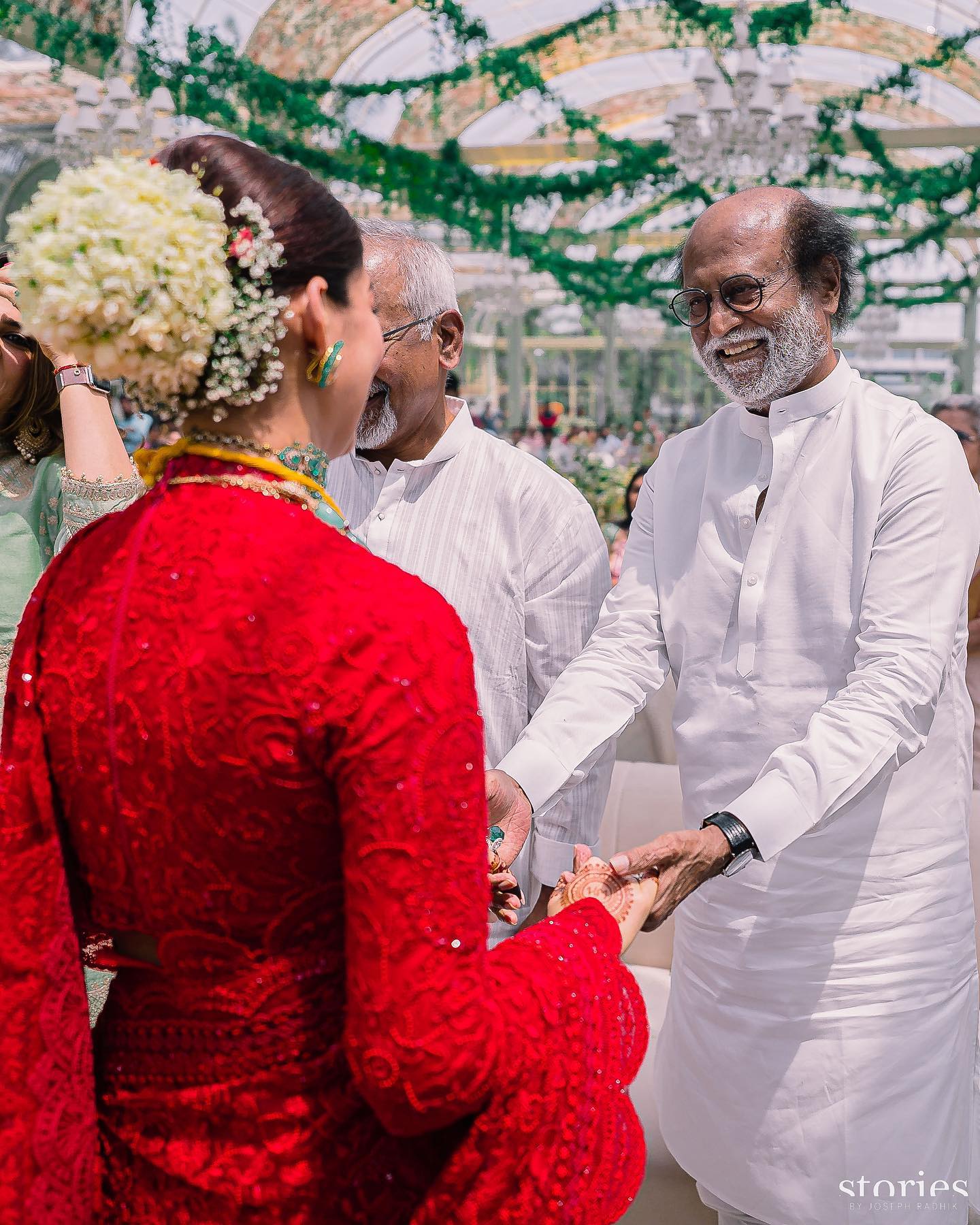 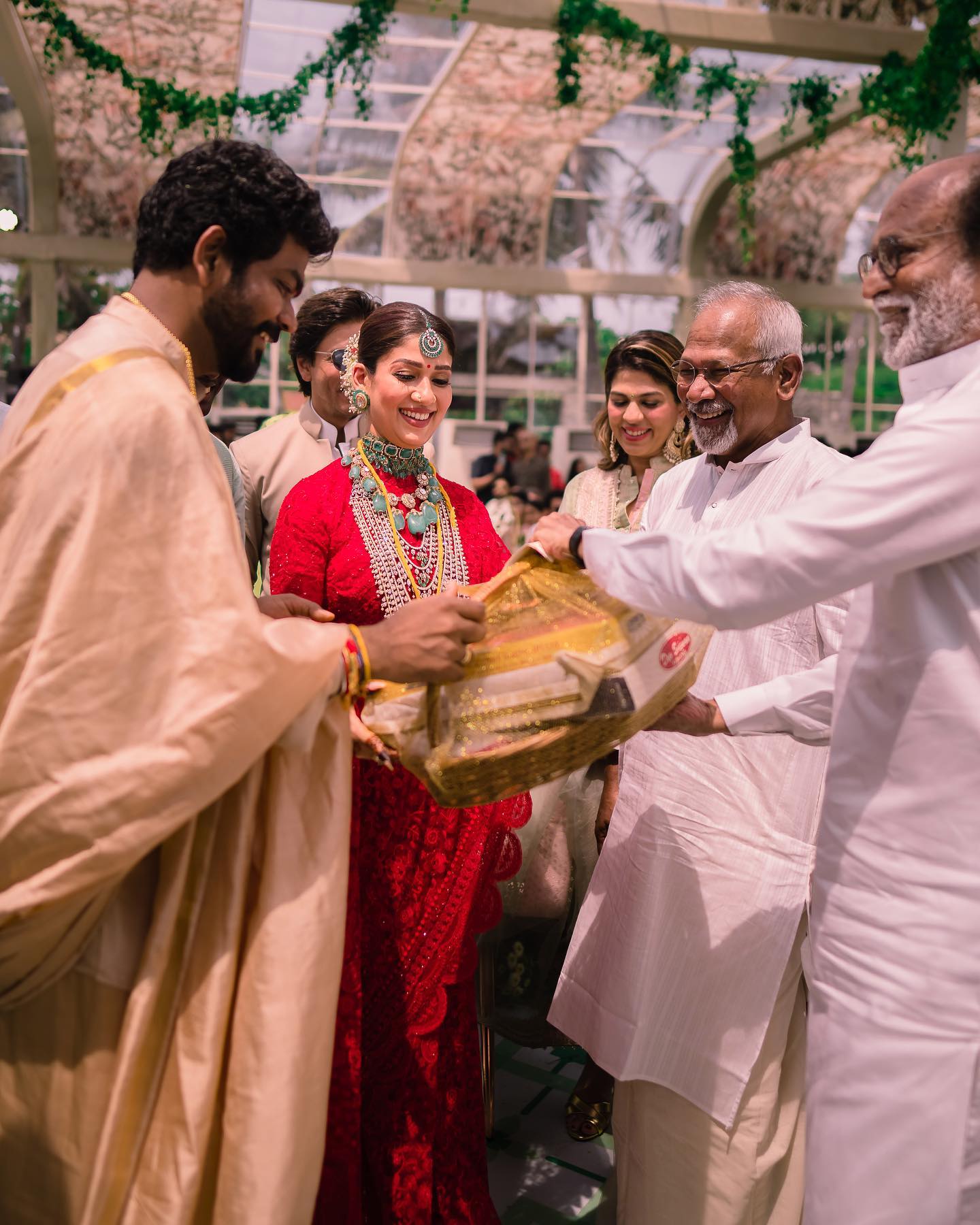 Well, we are excited to have a look at Nayanthara and Vignesh's wedding documentary. What about you? Let us know!