Nawazuddin Siddiqui has landed in trouble again as his estranged wife, Aaliya filed a written complaint against him, and accused him of rape. Check it out!

Gone are the days when a couple used to get married with the obligation to be with each other till death do them apart. Nowadays, they focus more on happiness than the societal pressure and prefer to end their relationship if it is not working. While 'divorce' in itself is a big decision, things take an ugly turn when your personal decision becomes a news for gossipmongers. And that's what happened in the case of Bollywood actor, Nawazuddin Siddiqui when his estranged wife, Aaliya Siddiqui had filed for divorce. (Recommend Read: Kajol's Daughter, Nysa Was The Reason She Signed Rohit Shetty's 'Dilwale' After A Gap Of Five Years)

Nawazudin and Aaliya's divorce had turned into a media news as the latter has come out and had revealed a lot about her unhappy marriage with the actor. Aaliya has accused Nawazudin on a lot of things, but the actor has been maintaining his silence. Now, the actor has been dragged into another controversy as his wife, Aaliya has filed a written complaint against him. 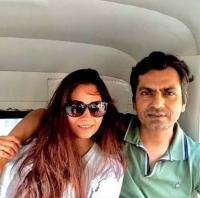 According to a report by Zoom, Aaliya has filed a written complaint against him at the Versova police station and accused the actor of rape and cheating. The complaint has been acknowledged by the police as of now and an FIR is underway. Aaliya's lawyer has also issued an official statement that read, "My client had submitted a detailed written complaint to Versova Police Station for Rape, Cheating and Deceitfully causing cohabitation by inducing her a belief of lawful marriage, under sections 375, 376 (k), 376 (n), 420 and 493 of the Indian Penal Code against Mr Nawazuddin Siddiqui. Hopefully, the F.I.R will be registered soon." 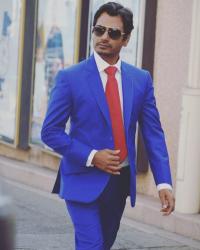 For those who don't know, Aaliya had openly talked about her soured relationship Nawazuddin. In an interview with BollywoodLife, Aaliya had revealed how her brother-in-law, Shamas Siddiqui had even hit her once. She had revealed, “He (Nawaz) had never raised his hands on me, but the shouting and arguments had become unbearable. You could say though that only that was left. Yes, but his family has mentally and physically tortured me a lot. His brother had even hit me. His mother and brothers and sisters-in-law used to stay with us only in Mumbai. So, I’ve been bearing a lot for too many years. His first wife had also left him for this reason alone."  (Also Read: Puja Banerjee And Kunal Verma's Partner Yoga Picture From Pregnancy Photoshoot Will Make You Go WOW!)

After this, Nawazuddin Siddiqui's brother, Shamas Siddiqui had filed a complaint against her of fraud and criminal breach of trust before the DCP of Mumbai's ZONE 9 and a criminal defamation case at the Magistrates Court. However, in an interview with SpotboyE, Aaliya had declined it all. She had said, "I don't even have an idea about the case he is talking about. Have come to know about it from you. He is a fraud person and you really think he is capable of giving 2-3 crores to someone. He is just a manager. And let me tell you he is just doing all these things to counter my case. And if he is saying that hundreds of emails have been exchanged, please tell him to prove it. In fact, I have filed a complaint against him and he is doing all this out of that rage." (Don't Miss: Kareena Leaves With Saif And Taimur For The Shoot Of 'Laal Singh Chaddha' Post Birthday Celebrations)

Well, we are waiting for an official statement from Nawazuddin Siddiqui's side!