After allegations of having an affair with Nawaz's friend, Peeyush Pandey, Aaliya joined twitter to bash these rumours and clarify her side of the story. Scroll down to know more! 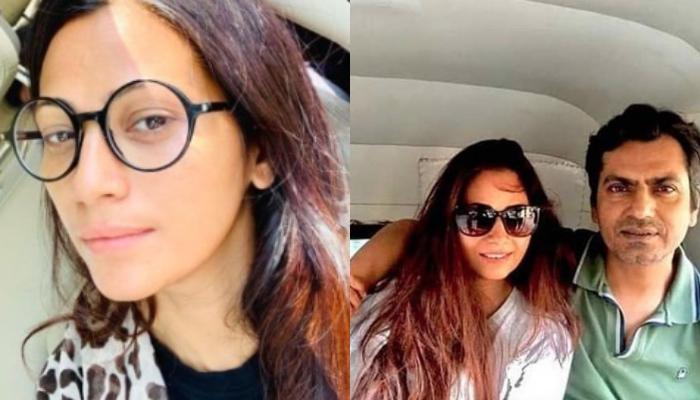 Citing emotional abuse in an 11-year-long marital journey, ace actor, Nawazuddin Siddiqui's wife, Aaliya had shocked everyone by filing for a divorce from him. Not only this, but she had also alleged that his mother, brother, and sisters had tortured her for years leaving the whole industry in a state of utter shock. Aaliya had sent a legal notice seeking maintenance and divorce via Whatsapp and Gmail to Nawaz, who is currently in his hometown, Budhana, UP. (Recommended Read: Ananya Panday Is Missing Her Bestie, Suhana Khan On Her Birthday, Posts A Heartfelt Birthday Wish)

In an interview with Bollywood Life, Aaliya had talked about the reasons she had decided to part ways with Nawaz and had stated that she had ignored a lot of things in the past in the hope that conditions will improve eventually. But the physical and mental tortures had crossed the limits. She had said, "He (Nawaz) had never raised his hands on me, but the shouting and arguments had become unbearable. You could say though that only that was left. Yes, but his family has mentally and physically tortured me a lot. His brother had even hit me. His mother and brothers and sisters-in-law used to stay with us only in Mumbai. So, I've been bearing a lot for too many years." 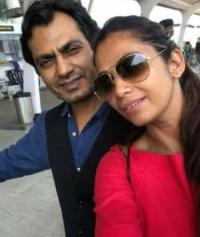 In a rather shocking twist in this whole controversy, allegations of Aaliya having an affair with Nawaz's friend, Peeyush Pandey had surfaced out of nowhere in the media and had tangled the story even more. Now, Aaliya joined Twitter to bust these rumours and clarify her side of the story. In a spree of tweets, an infuriated Aaliya slammed those rumours and expressed her anger at her character assassination by the media. Her tweets read, "This is Aliya Siddiqui. I am forced to put the truth concerning me on Twitter so that there is no miscommunication. To begin with let me clarify that I am not in "ANY RELATIONSHIP" with any MAN; and any media report which make such claims, are absolutely false." She also posted pictures of herself which were used to make her morphed pictures with Viacom executive, Peeyush Pandey and wrote, "It appears that some section of the media have manipulated with my photograph to make such ridiculous claims to divert attention." 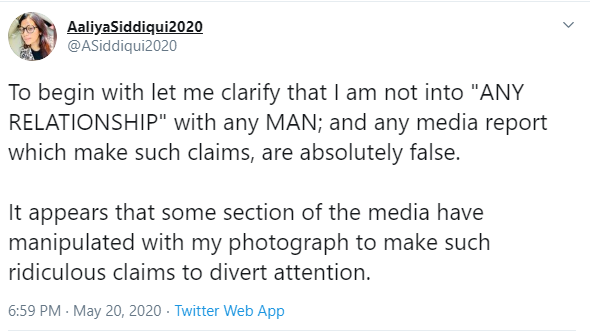 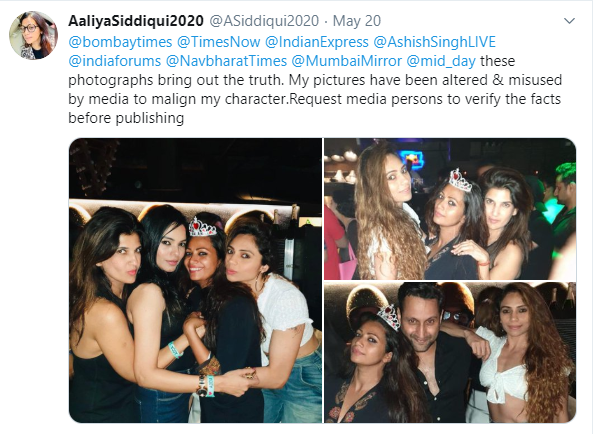 She had further said, "I am now learning to stand up and speak for myself, be strong, for the sake of my children. I have not done any wrong till date and therefore I am not worried. However I do not appreciate anyone harming my reputation or character to save someone else. Money can't buy truth." Before Aaliya, Peeyush had also come forward to rubbish the reports revolving around him and Aaliya. He was quoted in Times of India as "I got to know about their divorce notice through the media. I am the scapegoat here. These link-up rumours are completely baseless and ridiculous! Why am I being dragged into this? I have nothing to do with this. People around them know about their feud and what is going on between them (estranged relationship). I want to stay away from it. Why is my name and reputation being tarnished? I am in a relationship with someone and this sort of rumour is extremely distasteful. This puts me in a spot with my family and friends. Luckily, my better half is aware of the truth as she is also friends with Aaliya. I will consult my lawyer as to what needs to be done to safeguard my interests." (Also Read: Mira Rajput Kapoor Trolls Hubby, Shahid Kapoor, Takes Credit For Making Daughter, Misha Kapoor Sassy) 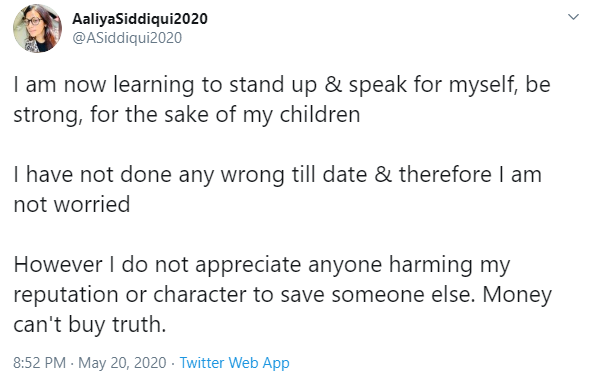 As the latest developments in the case go, Aaliya has not yet received any response from Nawaz's side, to her legal notice seeking maintenance and divorce which she had sent to him on May 7, 2020, via Whatsapp and Gmail. Aaliya's lawyer, Abhay Sahai in conversation with the Hindustan Times had confirmed that there has been no response from Nawazuddin yet. When asked about what would be their plan of action further, on behalf of his client, he had said, "This is a very difficult time right now, because of the coronavirus. All the inter-state borders are also closed and it is very difficult to travel. Let’s see how we take it forward." (You May Also Like: Asim Riaz Posts A Heavenly Photo And Girlfriend Himanshi Khurana's Comment Makes It Look Even Better)

What do you think about this whole controversy? Let us know!