Navya Naveli Nanda spoke about growing up around ‘working women’. To this, a troll targeted her mom, Shweta Bachchan Nanda and Navya had the most respectful reply for it.

As much of a boon social media is, it is a bane too! The way trolls fiddle with mental peace with their meanest comments proves how social media is a bane for celebrities. Social media trolls and the Bachchans go way back in history as the family seems to be the favourite victim of the naysayers. But be it Amitabh Bachchan or Abhishek Bachchan, the family has mastered the art of shutting the trolls in the most righteous way and probably by now, hold a PhD degree in handling such mean comments, insensitivity and negativity on social media. Shweta Bachchan Nanda and Nikhil Nanda’s daughter, Navya Naveli Nanda too, proved to be as gracious as her grandfather, Amitabh Bachchan and mamu, Abhishek Bachchan when it comes to handling trolls. (Also Read: Amitabh Bachchan Showing Off His 'New Acquisition' Leaves Granddaughter, Navya Naveli Nanda Amazed)

For instance, Navya Naveli Nanda, who had launched a healthcare platform, Aara Health last year in May, had started a new initiative towards women empowerment in India. While some hailed the star-kid for her thoughtful project, some had targeted her with mean comments. One person had written, "Seriously india??? Lol first provide access opportunity to atleast one district of Maharashtra than talk about India simply using india name." Navya had taken the comment positively and had written, "Sure! Thank you for the positivity & support." To another person’s comment, "You first need a job, then you can do all this." Navya had replied, "I do have a job actually" followed by a heart emoji. 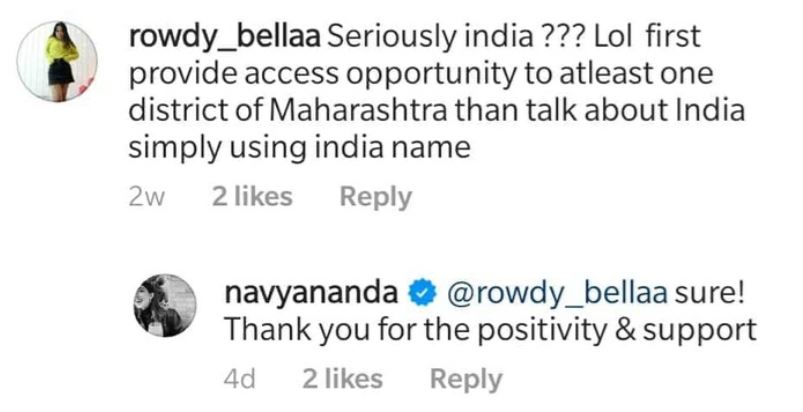 Once again, Navya Naveli Nanda taught us the art of giving it back to the trolls with her savage reply. Navya was interviewed by the Vogue and on a social media post, the star-kid was quoted about the influence of ‘working women’ on her and growing up around such strong ladies in her family. On which, a netizen dropped a comment, “What work does her mother do? LOL.” To which, Navya replied, "@tarakaursingh2 She's an author, writer, designer, wife & mother" followed by a smiley face emoticon. Sharing a screenshot of the comment, Navya wrote on her IG story, "Being a mother and a wife is a full-time job. Please don't discredit women who are homemakers. Their role is so crucial in the upbringing of a generation that will hopefully support their contribution instead of tearing it down." Unlike her star Bachchan family, Navya Naveli Nanda won’t join the film industry but instead is gearing up to start working with her father, Nikhil Nanda, in the family business (Escorts Limited). Navya, who had graduated from Fordham University, New York in May last year with a major in digital technology and UX design and launched her women-centric health tech company, Aara Health in 2020, expressed the sense of pride she is feeling in being the first woman in her family to take the lead in the family business. In her interview with the Vogue, Navya said, “I would be the fourth generation of the family taking the lead—and the first woman. It is a great sense of pride for me to be carrying forward this incredible legacy left behind by my great-grandfather HP Nanda.” (Also Read: When Mezaan Jaaferi Had Said He Wanted To Marry Amitabh Bachchan's Granddaughter, Navya Naveli Nanda) 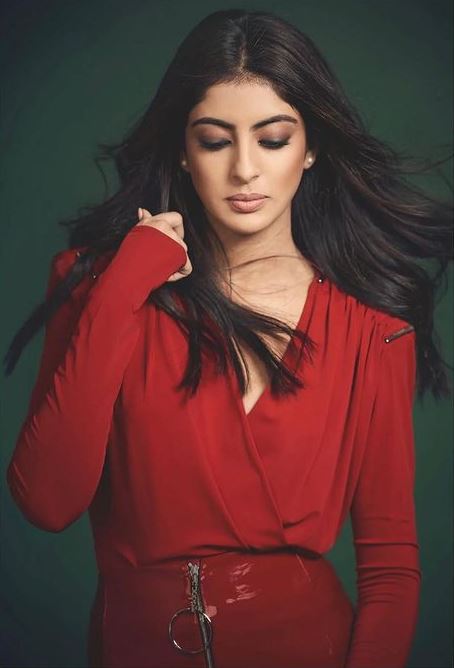 Speaking about the influence of growing up around working women in the family, Navya Naveli Nanda continued, “I want to use the resources, people, privilege and platforms that I have to spread awareness and bring change. Studying abroad, I found the women there far more emancipated. I want women in India to feel the same way, to be given similar opportunities. I want them to be masters of their own destiny and take charge of their own lives. I've grown up around working women in my family—it's all I've known. To bring that change, you have to start with education and financial independence. That's where Project Naveli comes in.” Her proud mother, Shweta Bachchan Nanda and mamu, Abhishek Bachchan lauded Navya through their Instagram posts. 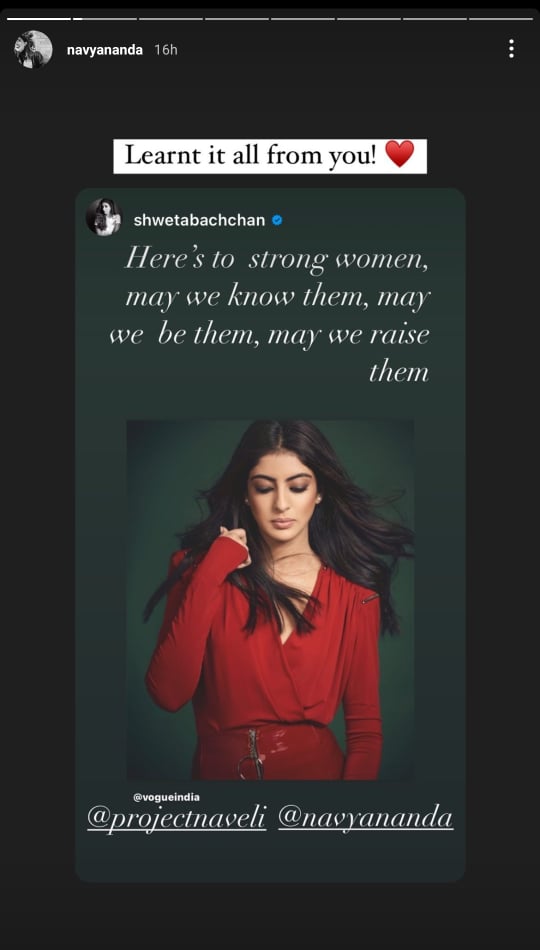 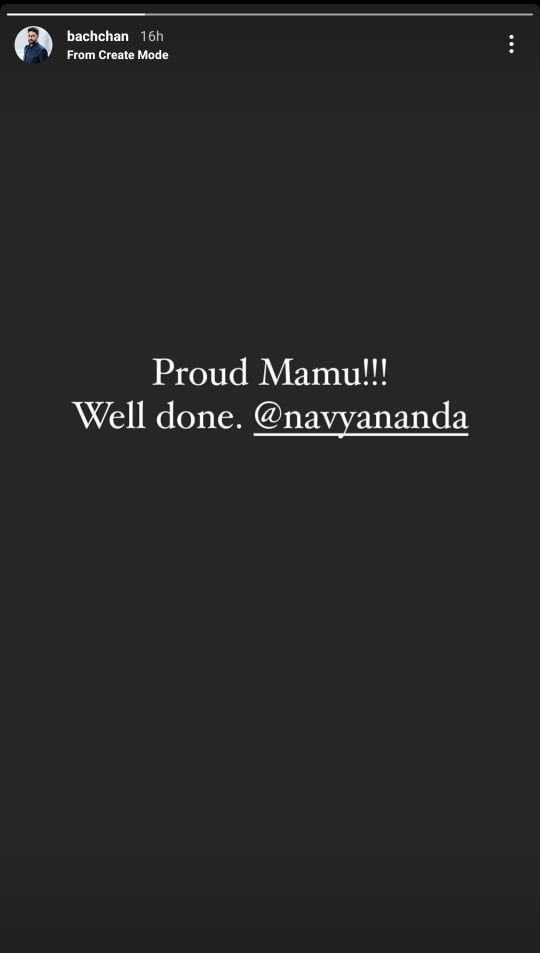 A few days ago, when Nikhil Nanda had received the Best CEO award in the automotive sector by Business Today, his daughter, Navya Naveli Nanda had penned a proud note for her dad, praising him for being an inspiration and speaking about carrying his legacy forward. Sharing pictures of Nikhil, Navya had written, “You always say “never lose sight of the ground you walk on” - and you’ve lived by those words. But today we celebrate you! Your dedication. Your commitment. Your ambition. To not only build a better company, but a better India. So here’s to you riding the roughest wave, and surfing through it with more grace & strength than we’ve seen before. Cannot wait to carry forward this incredible legacy you have built, and I’m proud to be your daughter! Love you Dad, keep inspiring us all and congratulations on your big day!! G.O.A.T.” (Also Read: Jaaved Jaaferi Reacts On Rumours Of Meezaan Dating Amitabh Bachchan's Granddaughter, Navya Nanda)