Natasa Stankovic Misses Hubby, Hardik Pandya, Shares A Hugging Picture With Him From Their Date

Natasa Stankovic Misses Hubby, Hardik Pandya, Shares A Hugging Picture With Him From Their Date

Taking to her IG handle, Natasa Stankovic shared a hugging picture with her hubby, Hardik Pandya from one of their dates. Check out the picture inside! 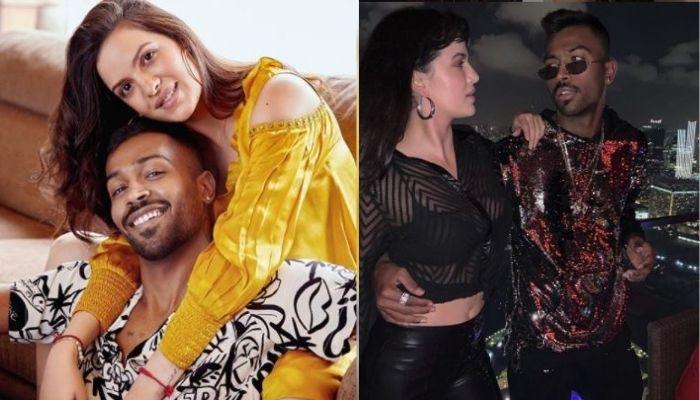 While most of us are finding it hard to pass through the year 2020 with the constant bombardment of sad news, it feels that Indian Cricketer, Hardik Pandya is our only source of constant happiness. Hardik’s life looks like it is on fast forward as right from the beginning of the year, he has been surprising his fans with pleasant news one after the other. It was on January 01, 2020, when Hardik had announced the news of his engagement with DJ Walley Babu fame, Natasa Stankovic. (Also Read: Shah Rukh Khan And Daughter, Suhana Khan Spotted Together At KKR's Match After Online Trolling)

The couple had announced their marriage and the news of Natasa's pregnancy on May 31, 2020. And on July 30, 2020, Hardik and Natasa had welcomed their little bundle of joy. On August 1, 2020, Hardik had posted the first-ever picture of his newborn baby boy, holding him in his arms, from the hospital and had captioned it as "The blessing from God @natasastankovic__.” 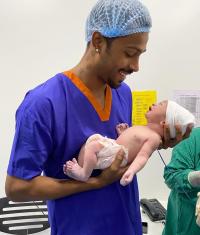 As Hardik Pandya is in Dubai for the on-going IPL season, his wife, Natasa Stankovic is at home, taking care of their little one, Agastya Pandya. It is obvious for her to miss her darling husband owing to the distance. Taking to her IG handle, she shared a picture with Hardik, where she can be seen hugging him from behind as he sat on the chair, posing for the camera. The picture looks like one from their dates. Sharing the picture, Natasa added a hugging and heart emoticon as her caption. Her ex beau, Aly Goni also reacted on the same with a heart emoticon. Take a look: 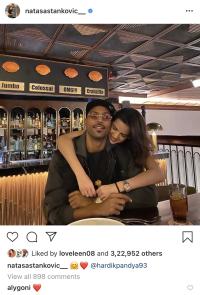 Natasa has been supporting her hubby, Hardik with their little one, Agastya and the couple often shares glimpses of the same. On September 24, 2020, the cricketer had taken to his Instagram handle and had shared a glimpse of how his wife, Natasa and baby boy, Agastya were cheering for him during his match. He had posted a picture of the mother-daughter duo wearing cute t-shirts and watching IPL on their television. He had captioned the picture as "Queen". 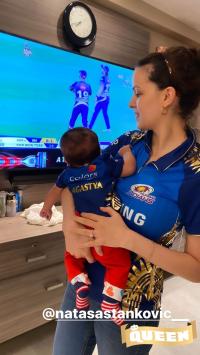 When Hardik Pandya had left for Dubai for IPL 2020, the doting daddy was sorely missing his cute family, which is in India. His wife, the gorgeous, Natasa Stankovic and his baby boy, Agastya. Hardik had decided to connect with his family over a video call and had given a glimpse of the same by sharing a snapshot of it on his IG handle with the caption, "Missing my 2 angels. Blessed to have you both in my life." (Also Read: Divyanka Tripathi Dahiya And Vivek Dahiya's Adventurous Trip Close To Nature Will Make To Wanderlust) 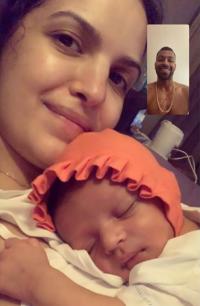 On September 11, 2020, Natasa had taken to her Instagram handle and had shared a throwback picture with Hardik. In the picture, we could see the adorable couple chilling in a pool as Hardik had clicked the picture. Alongside it, Natasa had written, "You @hardikpandya93 #us #tb #missinghim." Hardik had instantly replied with a couple of heart emojis. 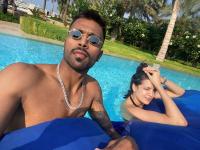 In an interview with crickettimes.com, Hardik had shared how he had met the love of his life, Natasa. The cricketer had shared, "I got her by talking. She saw someone in a hat at a place where I met her, wearing a hat, a chain, a watch, at 1 am. So she thought he is 'alag prakaar ka aadmi aaya' (different kind of person came). She had no idea who I was." The cricketer had also revealed his parents' reaction on finding out about his engagement and had stated, "My parents also didn't know that I was getting engaged. Two days before (the engagement), I told Krunal. I told him, 'I have had enough. I have found someone in my life who I love, and I am becoming better'. They (family) backed me and told 'do whatever you want'." (Recommended Read: Neha Kakkar And Rohanpreet Posing With Family For A Picture Hints At Their Roka Amid Wedding Rumours) 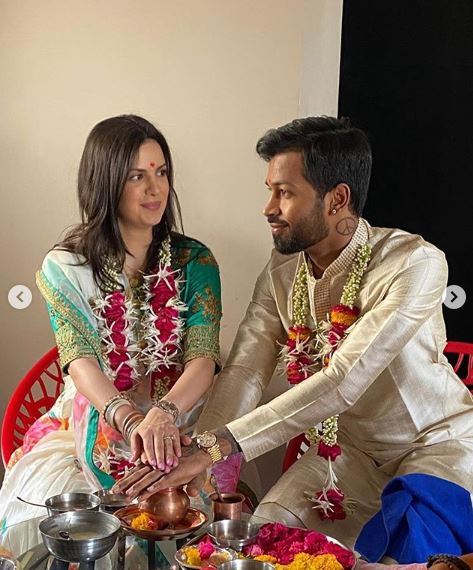 We just love how Hardik and Natasa shower love on each other!