Namrata Shirodkar shared a family picture with Mahesh Babu from their wedding and it proves marriages are made in heaven. Namrata and Mahesh looked perfect as they twinned in white for their wedding.

She is Femina Miss India 1993 while he is a star kid. She has more than 20 films in Hindi, Kannada, Telugu, Marathi and Malayalam in her kitty. On the other hand, he had started his career at the age of four and since then, the Prince of Tollywood has been making every girl crazy with his boy-next-door image. This one-woman man had lost his heart to the B-town actress in the year 2000 when they had met for the first time for the muhurat of the film, Vamsi. Their down-to-earth persona became the common ground on which the couple was attracted to each other and in 2005, Mahesh Babu and Namrata Shirodkar had tied the knot. (Also Read: Karanvir Bohra Perfectly Describes His Journey With Wife, Teejay Sidhu In A Song On 14th Anniversary)

Mahesh Babu and Namrata Shirodkar have been living their happily ever after since then with their two adorable kids, Gautam Ghattamaneni and Sitara Ghattamaneni, completing their family. The family of four have their verified IG accounts, on which we often get glimpses of their personal life. A while back, Sitara had turned photographer for her star parents and sharing the picture, Namrata had written, “The more I think the more I’m convinced the root cause of our Being, is governed by love. Love is the only emotion that makes us live happy lives… kindness, empathy compassion all stem from this emotion of love. Love is the truest n highest form of being evolved!! This is my perception!! So be loving and be kind and be compassionate people to each other!! We have one live to live and one life to give #behappy #besafe #bekind this ones with my true happiness!! Pic.Courtesy @sitaraghattamaneni.” While we have seen several pictures of Namrata Shirodkar and Mahesh Babu’s wedding, we still cannot get over how mesmerising they had looked as bride and groom. The couple had worn traditional Telugu wedding attire for their wedding ceremony. While the bride had looked graceful as ever in a white silk saree with matching border of heavy embroidery, and green glass bangles that make an integral component of a Telugu bride’s attire, accentuating her look, the groom had complemented her flawlessly in a silk dhoti-kurta. Namrata posted an unseen picture from her wedding and captioned it as “Picture-perfect 'Then And Now' moment! The coincidence is uncanny! Life comes a full circle Marriages… made in heaven! #MemoryTherapy #Throwback #FamilyTree.” 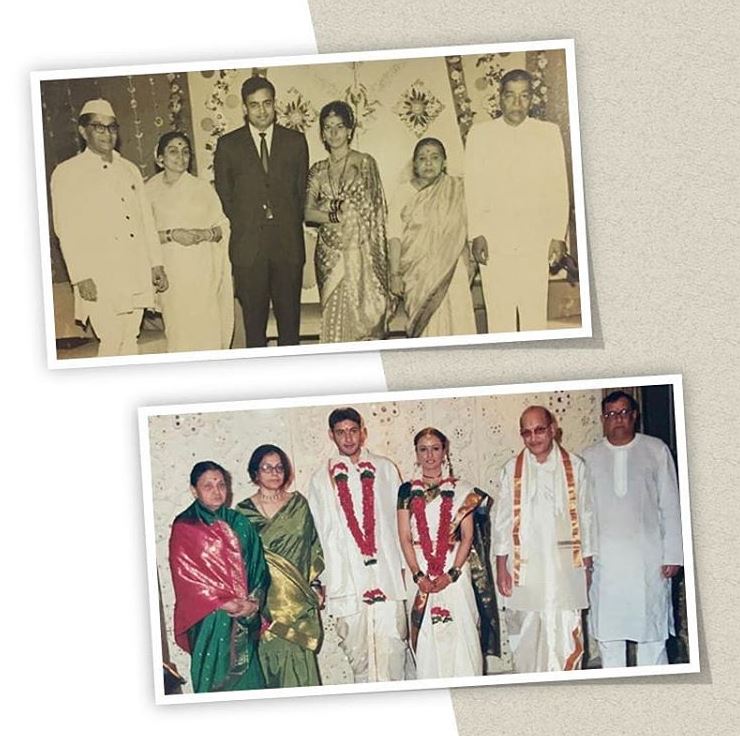 Due to the COVID-19 lockdown, a lot of celebrities had interacted with their fans and followers on social media to while away their time. Mahesh Babu was no different as in June, he had indulged in an ‘Ask Me Anything’ session on Instagram and was flooded with questions about his personal life. In one such questions, when he was asked if he has a crush on anyone, Mahesh had replied, "I did at 26 and then I married her", tagging his wife, Namrata Shirodkar’s IG profile. How cute is that! (Also Read: Amrita Rao Reacts On Her Link-Up Rumours With Co-Star, Shahid Kapoor, Says They Weren't Even Friends) 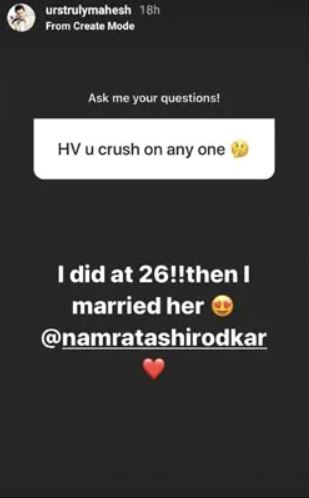 In an interview with National Herald India, Namrata Shirodkar had recalled how she met her husband, Mahesh Babu and how their respective parents were sceptical about their relationship. Namrata had said, “Mahesh and I met on the sets of a film called Vamsi. It’s the only film that I did with him and it’s the worst film in both our careers. But we will be ever grateful to Vamsi. That’s where we met. I immediately knew this was the man I wanted to spend the rest of my life with. Of course, Mahesh’s family was sceptical of me. They had nothing against me. But they knew nothing about me. Or my life as an actress in Mumbai. Come to think of it, even my parents were sceptical of Mahesh.” 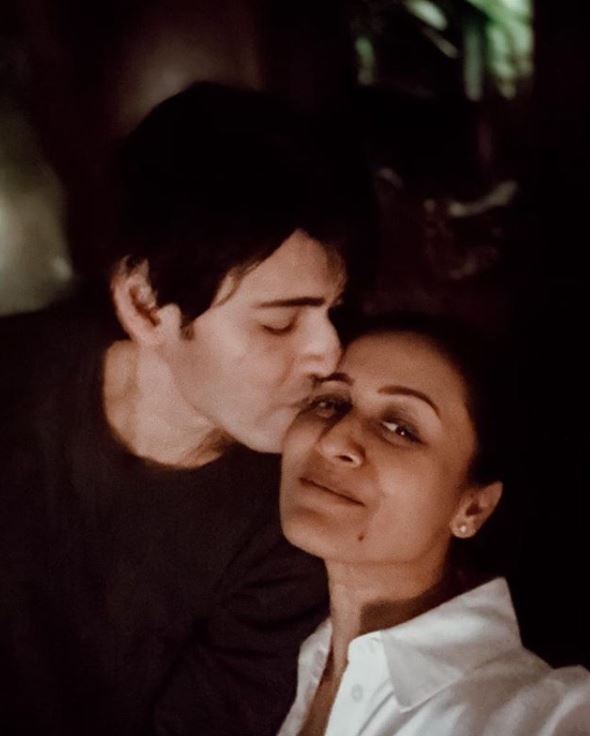 How they had to wait for four years before getting married as it was important for them to convince their families, Namrata Shirodkar had continued, “It was very important for Mahesh to convince his family that I was the right wife for him. For four years I just had to wait. We hardly met during those four years. All I had to do was wait for Mahesh to win over his family. I’d be lying if I said I didn’t have my bouts of anxiety during those four years. But I was sure I wanted to marry only Mahesh. If not him, then no one else. And he was sure of it too.” Revealing an unfulfilled wish, Namrata had remarked, “None. My life with Mahesh is a dream. I just don’t to wake up one day to realize it was just a dream. I want my children to value marriage and its obligations as much as Mahesh and me. Agreed there is a lot of hanky-panky in the entertainment industry. But Mahesh and I only have eyes for one another.” (Also Read: New Bride, Kajal Aggarwal Narrates Her 'Dating To Wedding Journey' With Husband, Gautam Kitchlu) This unseen picture of Mahesh Babu and Namrata Shirodkar’s wedding is indeed a feast for eyes! Much love to the couple!