Famous television hottie and handsome hunk, Nakuul Mehta walked down the aisle with a gorgeous voice-over artist, a stage performer and a singer, Jankee Parekh on January 28, 2012, in a proper Hindu traditional wedding. "Marrying her was my best decision ever. She brings a balance to my life”, is what Nakuul had once stated in a media interaction. And this is exactly what we feel as they have redefined the meaning of true love. (You May Also Like: Shilpa Shetty Eats A Bite Of Son Viaan Raj Kundra's Dessert, His Expressions Were Priceless [VIDEO])

Today, on January 28, 2019, Nakuul and Jankee have completed seven years of marital bliss and they are still counting. Both the lovebirds wished each other on social media on this special occasion of their lives. Jankee took to her official Instagram handle and shared a lovely picture with Nakuul. She captioned their snap as, “Today we celebrate the best decision you ever made #HappyAnniversary”. Here’s the picture that she shared on her social media: 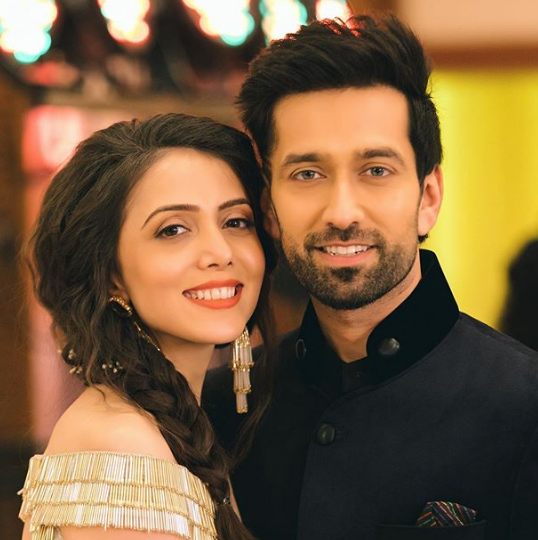 Sometime back, he shared a lovely picture with Jankee and along with it wrote, “Out beyond the ideas, of wrongdoing & rightdoing, There is a field. I will meet you there. If not there, there are enough weddings in the month. I will meet you somewhere there. - Rumi/Nox”. Along with another snap, he penned, “Kabhi Kabhi Jankee Zindagi, Mein yuhi koi apna lagta hai, Kabhi Kabhi Jankee woh bichad jaye to Ek sapna lagta hai, Aise mein koi kaise apnne aasun ko behene se roke, Aur kaise koi soch de, everything's gonna be OK”. (Also Read: Hina Khan Turns A 'Personal Celebrity Hairstylist' For Her Boyfriend, Rocky Jaiswal, Video Inside) Nakuul captioned another one as, “When the Mrs takes advantage of a drowsy 'you' to take a groupfie with three other ladies & they all get along just fine. I guess it's her way of saying, 'We Won'! #Ishqbaaaz #StarParivaarAwards2018 #Circa2017”. 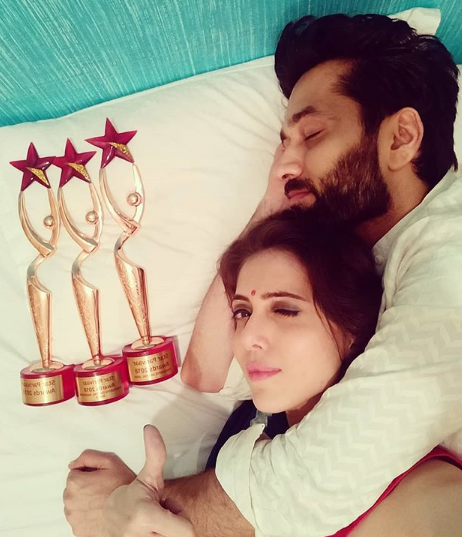 Lately, a post by Humans of Bombay revealed their love story. Nakuul revealed them the first thought when he saw the love of his life, Jankee. Nakuul was quoted as saying, “My first thought when I saw Jankee was, ‘How amazing would life be, if she agreed to marry me.’ I was only 18 but my instincts told me, she was the one. We were both training with Shiamak–I saw her there for the first time. I was also interning at BSE & remember travelling from there to Andheri, strategising an opening line”. (Checkout: Raj Thackeray's Son Amit Thackeray And Mitali Borude's Star-Studded Wedding Reception, Pics Inside) He further added, “Finally, I gathered the courage & asked her, ‘Do you have a name?’ Her look said, ‘What do you mean, do you have a name?’ But she just said, ‘Jankee’. After that, it took me 2 months to get her number! We talked every night for 6 months before I asked her out. I went to her house with a bouquet & a card–cheesy, I know! But all she said was, ‘I’ll call you.’ Then she called & said, ‘I don’t see you like that.’ It was a no go–but I continued to be her friend despite how hard it was.” 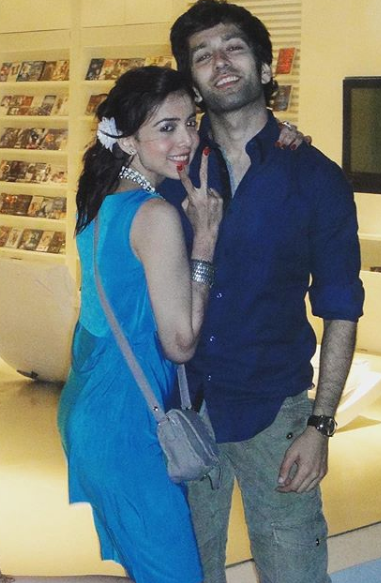 Recalling the time when Jankee expressed her feelings for him, the Ishqbaaz actor said, “6 months later, when I went to the US, she realised that she missed me. When I came back, I knew that it was moving somewhere, but she wasn’t forthcoming. So I suggested not speaking for a while. But we’d already planned to watch Devdas, so we went for it, sat together, didn’t speak and then went our own way. In a week she called me & said ‘I like you too.’ I replied, ‘What makes you think I like you still?’ I was just playing, but for a day, she went through what I went through for 6 months!” (Do Read: Akash Ambani And Shloka Mehta Redefine Couple Goals In This Unseen Picture From Their Engagement) 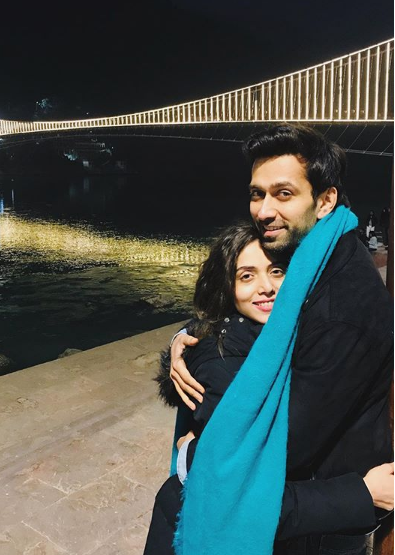 Finally, concluding the love story, he retorted, “When we got married, I didn’t even have a job, but she had blind faith in me. She helped me become the best version of myself. That’s what love is–relentless & unconditional. She’s been my rock. And now that I have the career I’ve always wanted, none of it matters more than her. Till today, my biggest accomplishment is that she agreed to marry me!”