'Nail Polish' actor, Arjun Rampal revealed the kind of relationship his daughters share with their little step-brother, Arik. Find out!

On April 23, 2019, Arjun Rampal had introduced his beloved girlfriend, South African supermodel and actress, Gabriella Demetriades with a heart-melting post on Instagram. The actor had also revealed that his girlfriend was pregnant and soon they were going to embrace parenthood. And after two months, on July 18, 2019, Arjun and Gabriella had become proud parents to a baby boy, whom they had named, Arik Rampal. Since then, we are drooling over his cute pictures and videos through his star parents' social media handles. However, on the professional front, Arjun Rampal is in headlines for his powerful performance in the film, Nail Polish that is a courtroom drama and the actor has portrayed the character of a lawyer in the film. (Recommended Read: Rakhi Sawant's Mother Reveals That Rakhi's Husband, Ritesh Has been Paying Her Medical Bills)

The intense acting of the actor has delighted his fans across the country and risen one common question, "why he's not getting a lot of work?" Well sometimes, the reality is completely opposite of the illusion we see in front of us. As in his recent interview, Arjun Rampal revealed that he was getting a lot of offers, but he said no to them because of a lot of reasons. In the same interview, Arjun also revealed the kind of relationship his daughters, Mahikaa Rampal and Myra Rampal shares with his little son and their step-brother, Arik Rampal. Scroll down to know it all! In an interview with BollywoodLife, Paltan actor, Arjun Rampal talked about his little son, Arik Rampal and the difference his birth had made in his life. The actor revealed that he's always relaxed, happy, and full of gratitude to God whenever he is in Arik's company. He called his son a 'complete charmer'. Heaping more praises on his little cotton ball, the actor also stated that during the time of lockdown, Arik was the one, who had helped him overcome all the negative energy around him and their family. He said, "He is the best company to have. He is my buddy. Being with him was a lot of fun. I am full of gratitude for the time I spent with him in this pandemic." The doting father also talked about the kind of bond his daughters, Mahikaa Rampal and Myra Rampal (From Ex-wife, Mehr Jesia) share with his son, Arik Rampal (From the wife, Gabriella Demetriades). He said, "My daughters dote on him. He is a complete charmer. Once this pandemic gets over, when you get to meet him, you will know what a charmer he is." 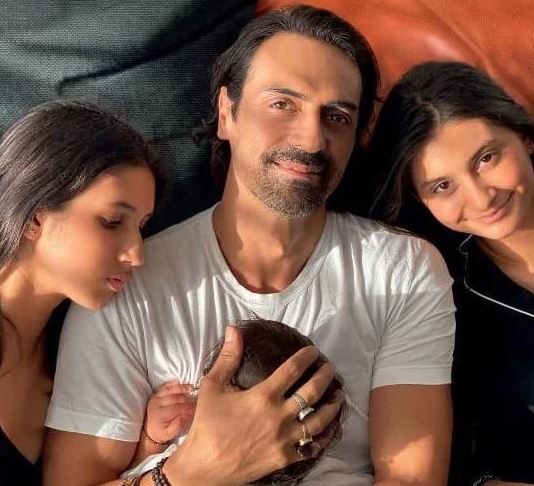 Going further in the interview, Arjun Rampal revealed the reason why he wasn't picking up a lot of projects in the last five years, despite giving some impressive performances in movies and web series. On which, the actor surfaced a heart-wrenching truth that his mother was diagnosed with cancer a few years ago. He said, "I had consciously reduced my work. My mom was not well. She was diagnosed with cancer. My priority was to spend time with her. I have done only five projects, Daddy, Rock On 2, Kahaani, Paltan and Final Call in the past five years. For an actor, it is not much work." (Don't Miss: Shah Rukh Khan's Fanmade Family Portrait With His Late Parents, Wife, Sister, And Kids Is Unmissable) 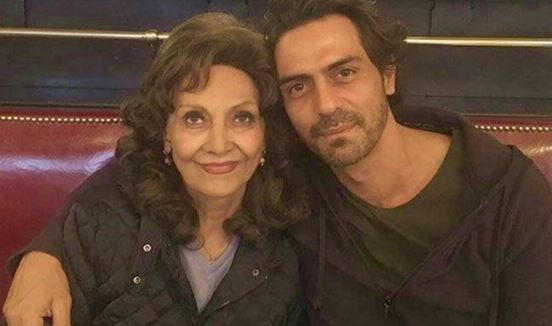 Concluding his statement, Arjun Rampal also stated that when the court had granted divorce to him and his ex-wife, Mehr Jesia, he had decided to take care of his two daughters, Mahikaa and Myra as it was a challenging situation for them. The actor said, "My my priority was my family. I was also going through a separation. I wanted to be there for my kids. It is only after 2018 that I started concentrating again on work. I feel blessed that makers find me good enough to give me good challenging parts." In the end, the actor also revealed that this year is going to be a crucial one for him professionally as he's going to star in two big web series and is also quite excited about it. (Also Read: 'Ludo' Fame, Pearle Maaney's Colorful Baby Shower, Her Amusement Park Themed Cake Stole The Show) 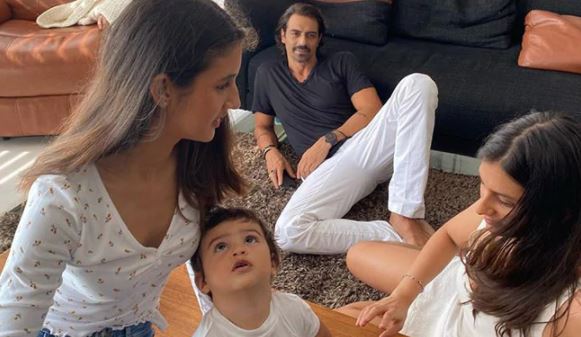 We are glad hearing about the healthy bond between Arjun's daughters and his little son! South African model, Gabriella Demetriades had come into the limelight when her boyfriend, Arjun Rampal, had shared a monochrome picture of himself with Gabriella, flaunting her baby bump, on his social media handle. Since then, he has been posting adorable pictures with his ladylove. On July 18, 2019, Arjun and