Arjun Rampal gets a new gym partner in his son, Arik Rampal. He shared a video of his little boy's weight lifting session and the happiness on his face melted our hearts!

When a man is blessed with a baby boy, he dreams of millions of things for him. Planning to give him best of the manners to thinking of passing on his treasures, he finds a partner in his baby boy. Every father dreams of the days when his son will grow up and play with him. He sees his childhood in him and prays to give him everything that he had missed in his childhood. As a baby boy grows, he becomes a shadow of his father, following his footsteps and replicating his gestures, and we can see the same in Arjun Rampal’s son, Arik Rampal. (Also Read: Anushka Sharma And Virat Kohli's First Appearance As Parents, Take Their Newborn Baby Girl To Clinic)

It was on July 18, 2019, when Arjun Rampal had welcomed a baby boy named, Arik with his girlfriend, Gabriella Demetriades. It was after one year of teasing their fans with glimpses of their baby boy that on his first birthday, the couple had shared the first full pictures of their son. The innocent soul is now growing up, and daddy, Arjun Rampal is ensuring to be his first best friend ever. 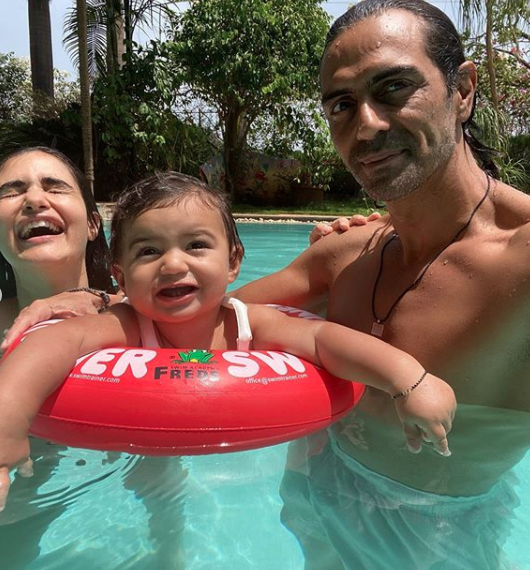 Taking to his IG handle, Arjun Rampal shared a video with his new gym partner. Yes, his son, Arik has become his gym partner now as, in the video, we can see Arjun and Arik sitting on a bench and the baby boy trying his best to pull the weights. Daddy, Arjun later helped his son with the weight pulling and taught him the right trick, to which he can be seen saying, ‘wow’ with wonderment. The excitement and happiness on Arik’s face after pulling the weights was unmissable. The daddy dearest shared the video and wrote, “Starting young. #ironman.”

On February 10, 2020, Gabriella had captured another adorable moment of her hubby, Arjun Rampal with their little mushball, Arik Rampal. In the picture, we could see Arjun playing the guitar in front of Arik and having one of the best jamming sessions of his life. Gabriella had posted the picture with a sweet little caption, which could be read as “My guys #blessed.” Mommy, Gabriella had taken to her IG stories to share a picture during the lockdown as well to another gorgeous moment spent between daddy and his son. She had shared a picture of daddy Rampal with baby Rampal and their pooch. In the picture shared by Gabriella, Arjun and Arik could be seen sitting on chairs with their pooch sitting on the floor. Arjun could be seen explaining something to Arik as he could be seen attentively listening to his father. Sharing the picture, Gabriella had written, “Fam” followed by a black heart atop it. (Recommended Read: Manoj Tiwari Announces The Name Of His Newborn Daughter, He Is No More 'Rinkiya Ke Papa') In an interview with the GQ India, Arjun Rampal had shared the story of the moment when his ladylove, Gabriella Demetriades had told him that she's pregnant. Arjun had said, "It wasn’t planned. I was going through a really rough time. Then my mother passed away on October 27. We’d gone to immerse her ashes in the Ganges at Rishikesh, and when we came back Gabriella told me that she was pregnant. Life is funny. One life had been lost, but here was the universe giving me a new life, a gift. This is a baby we so wanted to have."

Arjun had also talked about how the lockdown has come as a blessing in disguise as he had gotten time to spend with his little one and had become a hands-on dad. Arjun Rampal had said, "It’s been a blessing in terms of getting to spend time with the family. I had a packed calendar, but everything came to a halt with Covid-19. On the plus side, I’ve gotten to be with Arik in a way I wasn’t able to with Mahikaa and Myra because I was working non-stop. We’ve been really hands-on with Arik because we haven’t had much help since his nanny went home. We’ve been doing everything – taking care of him in shifts, waking up at night, changing diapers… So many diapers! Who knew a little kid could make so many poops in a day? But seriously, spending all this time with him has made me envious of mothers who get to do this full-time. I wish I could too." (Must Read: Varun Dhawan's Uncle, Anil Confirms His Wedding With Natasha Dalal On January 24, [Venue Pic Inside]) 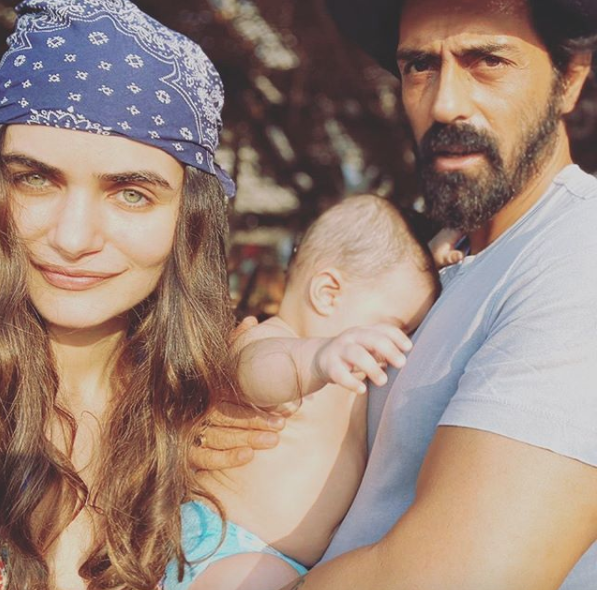 When a child grows, his or her mind is filled with questions and assumptions. Their curiosity level is on peak during their initial age and it is their parents’ job to answer all their innocent questions. The toddlers start to understand things from the point of view of their parents