'Naamkarann' Actor Puru Chibber Is All Set For His Roka Ceremony With A Photographer, Details Inside

'Naamkarann' Actor Puru Chibber Is All Set For His Roka Ceremony With A Photographer, Details Inside After so many popular and favourite television celebs taking their relationship to the next level, we have another handsome actor who will soon be legally taken. We are talking about Naamkarann fame actor, Puru Chibber. For the ones who don’t know, Puru is the son of a popular veteran actress, Vibha Chibber, who has been a part of famous shows such as, Sapna Babul Ka...Bidaai, Mrs. Kaushik Ki Paanch Bahuein, Punar Vivah - Ek Nayi Umeed, Kasam Tere Pyaar Ki, and many others.

As per the latest reports, Puru is all set to have a close-knit roka ceremony with his photographer-girlfriend, Roshini Banthia on December 31, 2018. The two have known each other for eleven long years, but started dating only a few months back. (You May Also Like: Tiger Shroff Comments On His Link-Up Rumours With Disha Patani, What's The Truth?) 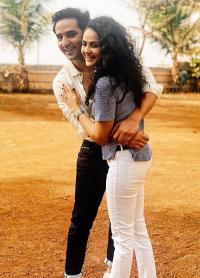 A source told Pinkvilla that, “A roka ceremony has been planned for the family and close friends of the couple on December 31 in Mumbai. They would be making the relationship official. More details of the same cannot be revealed at the moment. All that can be told is that it will be a fun-filled sun downer celebration.” 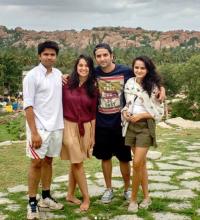 And when Puru was contacted by The Times of India, he confirmed the news and was quoted as saying, "Yes, the roka ceremony is happening on December 31st. It is going to be a very private affair and we are planning to tie the knot by next year." (Also Read: Gauahar Khan Has Parted Ways With Alleged Choreographer-Boyfriend Within 11 Months) 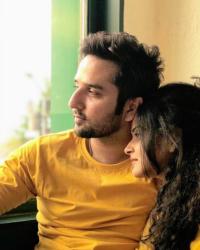 Puru was earlier dating actress Aparna Dixit, but soon things turned out sour between the two and they called it quits. Puru was then quoted as saying, "I really don't want to comment anything here. All I want to say is that Aparna and I are still in a healthy friendship zone, but I don't want to comment on my relationship status with her.” 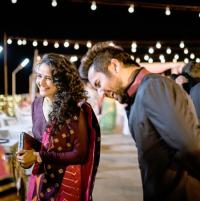 He further added, “I have never liked talking about my personal life in public and I still would prefer doing that. Yes, we don't meet often as compared to earlier owing to our schedules but I really don't want to talk about my personal space". (You May Also Like: Fatima Shaikh Gives Kickass Reply To Link-Up Rumours With Aamir Khan And She's Absolutely Right) 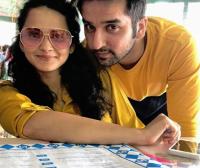 Talking about his son, Vibha once stated, “Many people don’t know that I came to Mumbai for my son Puru and not to become an actress myself. Initially, he wanted to become a cricketer and I always encouraged him. But soon, he started getting acting assignments and worked with Timangshu Dhulia on ‘Star Bestsellers’.” 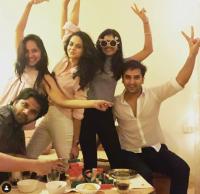 Adding further, she said, “So, when he told me about his desire to pursue acting, I quit my job in Delhi and shifted to Mumbai with him. I quit my job in Delhi to support my son, and not to become an actress. Puru has great potential. As a mother I know that. He has done quite a bit on television and has also been part of films along with commercials, but he deserves better”.  (Checkout: 'Hum' Co-stars Ridhima Pandit And Kushal Tandon Are 'More Than Friends', She Reveals It Herself) 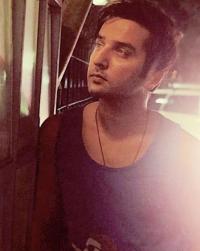 On the work front, Puru has been a part of various popular shows such as Pavitra Rishta, Gumrah – End Of Innocence, Yeh Hai Aashiqui, Beintehaa, Do Dil Bandhe Ek Dori Se, Naamkarann and a few others.

Wishing Puru and Roshini all the very best for their life as doubles!