There is another twist to the infamous breakup of 'Nach Baliye 9' contestant, Faisal Khan and Muskaan Kataria. Scroll down as the model-turned-actress reveals some new details of it!

One of the inevitable parts of loving someone is to get your heart broken by them. On top of it, the hardest part is to know when to walk away and never look back as the broken pieces, keep haunting us at wee hours of the day. And an exactly similar thing is happening with Nach Baliye 9 contestants, Muskaan Kataria and Faisal Khan. (Recommend Read: Ibrahim Ali Khan Reveals His Equation With Father, Saif Ali Khan, Considers Him As His Mentor)

Muskaan and Faisal's breakup just after their Nach Baliye stint came as a huge shock. The fans of this adorable jodi were heartbroken, but it was the couple's statements that turned their breakup into an ugly show. While Faisal called Muskaan his 'biggest mistake', the model-turned-actress accused Faisal of cheating. Now, there is another twist to it. Recently, in an interview with SpotboyE, Muskaan shared another detail of their relationship and revealed that Faisal used her for the reality show. She said, "Suddenly, he got an offer for Chandragupta Maurya. And, he took up the show telling me that he hadn’t yet signed on Nach Baliye 9. After that, he started getting messages and calls from the channel (Star Plus, broadcaster of Nach Baliye 9) questioning him that how he could back out from Nach Baliye 9 after confirming with them. He asked me to tell the channel that we have broken up." 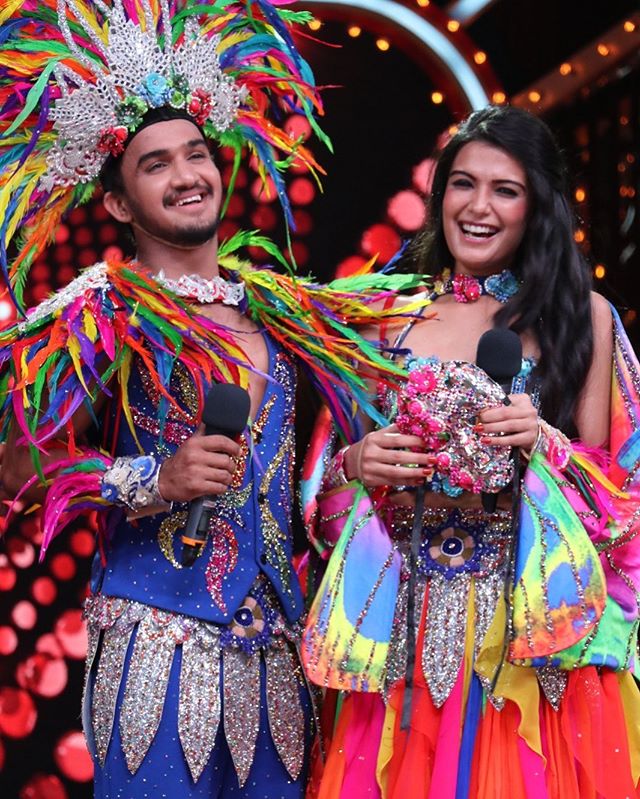 She further added, "I, of course, told him categorically that I won’t lie because we are together but he is free to not do the show as pehle bhi it was his call to do it. I had visited Faisal on the sets with his dad and mamu, so why would I lie to anyone that things were not going fine between us? Finally, he decided we will do the Nach Baliye 9. Trust me, I did it for him only. He wanted to launch himself as an adult in the industry. He used me for this show- and it was not the other way round." (Also Read: Kapil Sharma's Mom Reveals Whom Will He Choose First Between His Mother And His Wife, Ginni Chatrath) 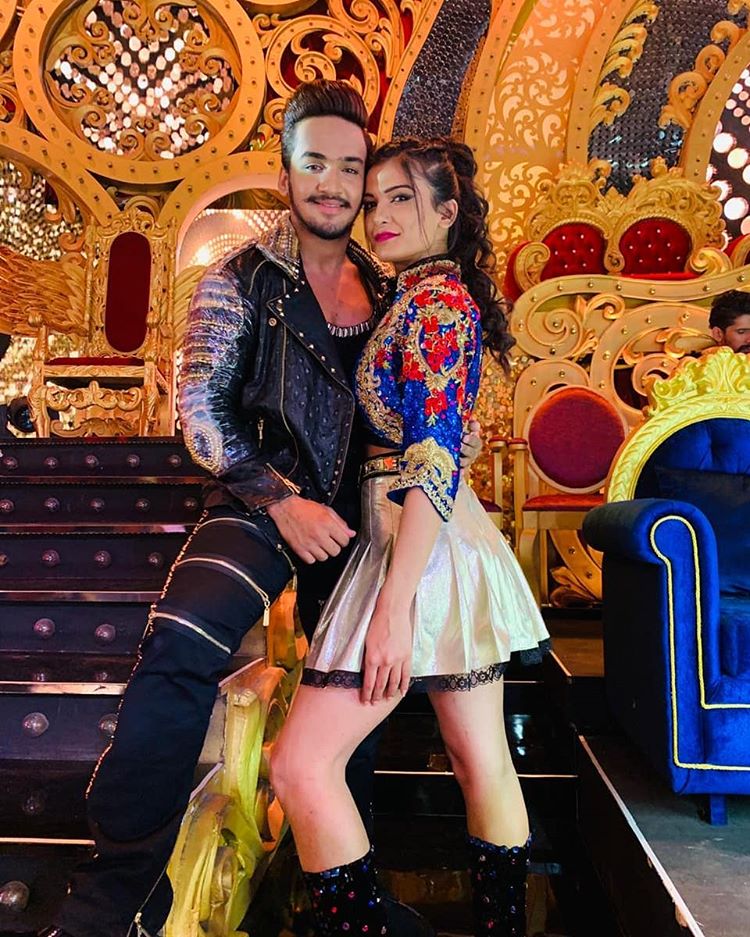 Talking about the other girl, Sneha Wagh in their story, Muskaan stated, "Firstly, let me say that I never took her name anywhere but despite that, she has come out in the media to clarify and said that she doesn’t know me! Now, there are two things here.One, she has claimed that she is a family friend, so there is no possibility that she wouldn’t know the girlfriend (Muskaan) of his family friend (Faisal) who’s with him for one-and-half year. Two, Faisal and I were rehearsing for Nach Baliye 9 in Umergaon in a rehearsal hall near the set of Chandragupta Maurya, which he was shooting for alongside. So, we met there and exchanged pleasantries. Isn’t it weird that ‘she doesn’t know me’?" 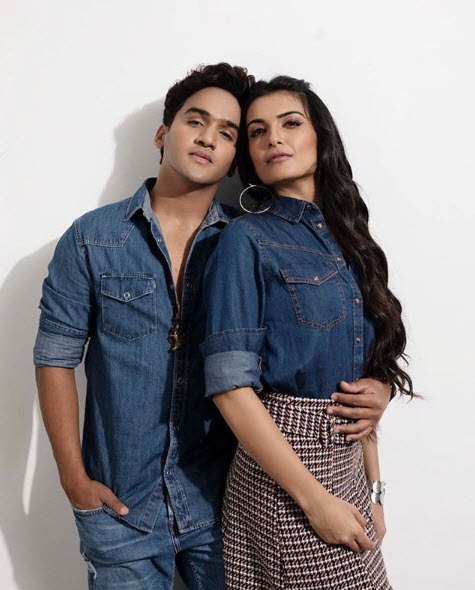 Just a couple of days ago, in an interview with the Bombay Times, Muskaan had shared how Faisal had cheated on her. She had said, "Faisal first cheated on me nine months ago, a year after we started dating. She was a friend of his, and I caught him after I saw his chat conversations. He apologised to me profusely and I decided to give our relationship a second chance, as I truly loved him. If I was with him for money or the limelight, there were several opportunities for me to cash in on my relationship with a celebrity, but I didn’t. The decision to make our relationship public was his, and not mine. Probably, he wanted to break away from his image of a child artiste." 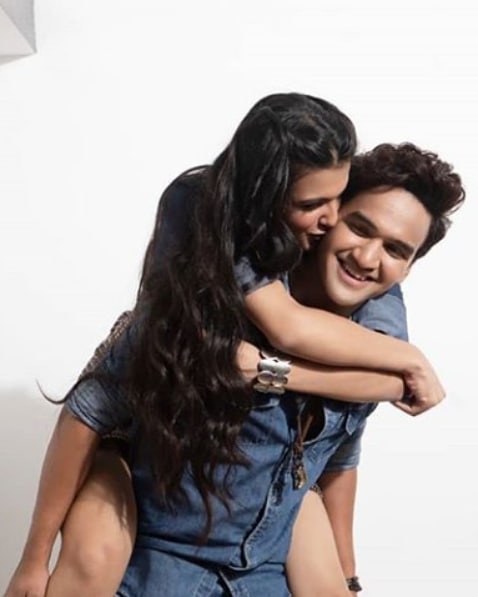 The 22-year-old actress had also revealed how they were cosy on the show but hardly used to spend any time together. Muskaan had stated, "We were cosy on the show, but Faisal hardly spent time with me. He would turn up late for rehearsals, though he packed up by 9 or 10 pm from 'Chandragupta Maurya'. I learnt that he was spending time with his co-actor from the show, after pack-up." 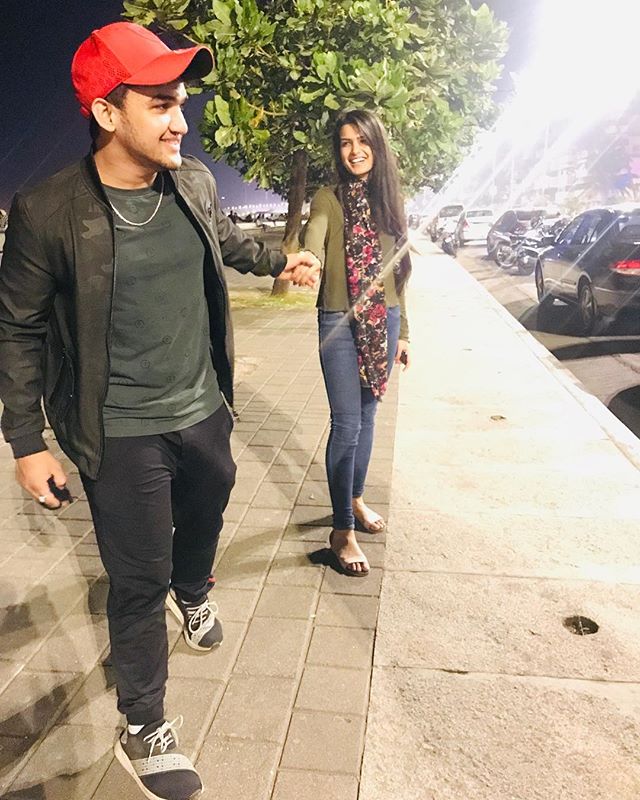 She had further added, "On day one, I rushed to the hospital along with my mother to see him, but was shocked to see his co-actor accompanying him everywhere. The next day, I was told not to visit, as his father was not comfortable having me around. I was in utter shock as they used to treat me like family. Even the messages sent to him by my parents, enquiring about his health, did not elicit a response. I think he distanced himself from me when he realised that he won’t be able to continue on NB, and I was of no use to him." (Don't Miss: Paras Chhabra, Mahira Sharma And Shehnaaz Gill: New Love Triangle in Bigg Boss 13?)

Well, we hope Faisal and Muskaan move on from their bitter breakup! 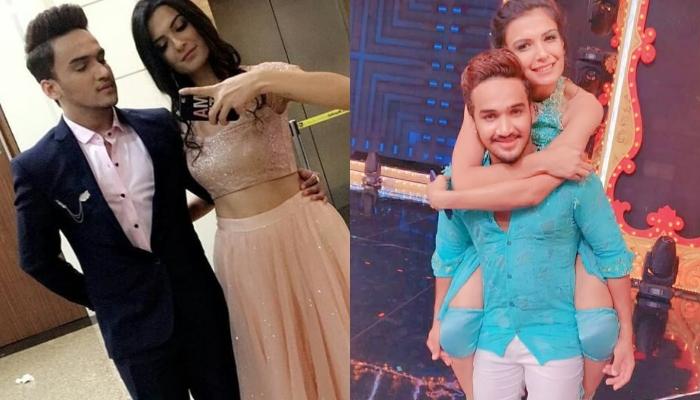 To be in love is the most beautiful feeling, but when love fades away then it leaves a huge scar. There are times when the broken heart cannot be mended and the scar remains. And something similar happened with Nach Baliye 9 contestants, Faisal Khan and Muskaan Kataria. (Recommend Read: Sameera Reddy