Music Composer, Late Wajid Khan's mother, Razina has found positive for the coronavirus pandemic. Scroll down for all the details! Just like we are waiting for the year 2020 with a little bit of hope in our heart, the Bollywood industry is praying for some strength to cope up with the loss of two legendary actors who had left us, Irrfan Khan and Rishi Kapoor. There were hopes that the month of June will bring some stability in the film industry as the shooting of certain films is also going to kick-start. But on the first day of June, we had witnessed the shocking and heartbreaking news about the demise of Wajid Khan, the man who was the part of Bollywood’s iconic duo, Sajid-Wajid. The famous music composer had left us all for the heavenly adobe after a cardiac arrest. (Recommended Read: Raj Singh Arora Asks His GF, Pooja Gor Whether She Had Cut 'Dhokla' Or 'Cake' On Her 29th Birthday)

Just when we thought that the family of Sajid Khan is going through one of the hardest phases of their lives after demise, there's another heartbreaking piece of news. Late music composer Wajid Khan's mother has been tested positive for coronavirus and the news is flashing all around the media websites. According to a report by ABP News, a source close to the Sajid Khan’s family has spilt some beans about the condition of Sajid Khan’s mother, Razina and the source has quoted by saying “Wajid’s mother Razina had already contracted coronavirus before the late musician was infected with the virus. Wajid, who was suffering from kidney and throat infection, tested positive for Covid-19 later.” The source has further added, “Sajid-Wajid’s mother is better now and her condition has improved. She stayed in Surana Sethia hospital to take care of her ailing son. However, she contracted Covid-19 after she came in contact with other coronavirus patients at the hospital.” (Don’t Miss: Salman Khan Had Talked About Aishwarya And Abhishek Bachchan's Marriage In This Throwback Interview) 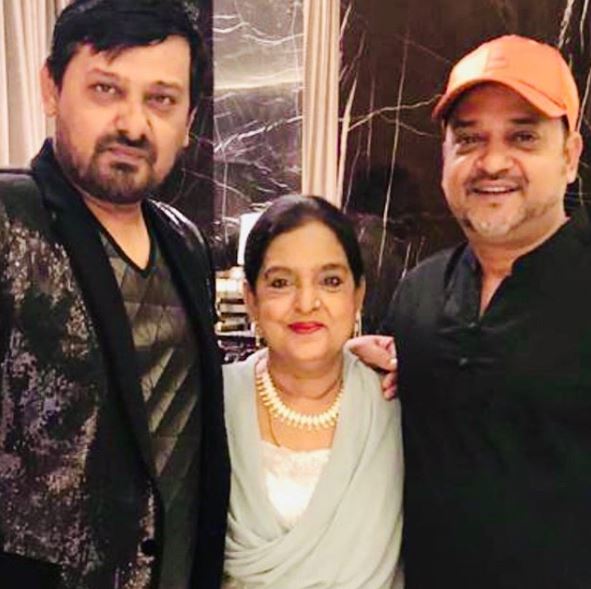 On June 01, 2020, the heartbreaking news of the sudden demise of Wajid Khan had stunned the whole nation and Bollywood industry in particular. Wajid’s brother, Sajid Khan had told in a statement to PTI that his brother had suffered a cardiac arrest and had also confirmed that his brother had also found positive for the deadly coronavirus pandemic. A source close to the family had also disclosed a few details about the funeral of Wajid Khan in a conversation with PTI and it could be read as “He was buried around 1 pm. Because of the lockdown and COVID issue, only 20 people were allowed for the funeral. There were police security and barricades in place. Only close family, including brother Sajid and friends from the industry, were present.” On June 01, 2020, famous Bollywood and fashion photographer, Viral Bhayani had taken to his Instagram handle and had posted a heartbreaking video of late Wajid Khan. In the video, we could see the famous music director sitting on a hospital bed wearing a white medical gown and a plastic cap on top of his head. In the old throwback video, we could hear Wajid saying “Sajid bhai ke liye toh ek hi gaana gaunga main…Mann balwaan laage chattan..rahe maidaan mein aage…hud hud Dabangg Dabangg." After which, he had even started singing the title track of Dabang 3 that gives us a small indication that maybe the video is from last year when the third sequel of the film had released. Along with the video, Viral Bhayani had written a caption and it could be read as “A heartbreaking old video of #wajidkhan. This is not a recent video. #rip.” Take a look.

For the uninitiated, Wajid Khan and his brother, Sajid Khan had made their debut in Bollywood with Bollywood’s bhaijaan, Salman Khan’s film, Pyar Kiya To Darna Kya back in 1998. Since then, there was no looking back for this iconic duo and had become brothers from another mother for Salman Khan's family. The more heartbreaking thing to digest is the fact that the brothers-duo had composed the two recently released songs of Salman Khan named Pyar Korona and Bhai Bhai. Thus, it is more like a personal loss for the family of Salman Khan and the actor had expressed his sadness on Twitter with his emotional tweet that could be read as “Wajid Vil always love, respect, remember n miss u as a person n ur talent, Love u n may your beautiful soul rest in peace.” Take a look. (Also Read: Sachin Tendulkar Pens A Thank You Note For His Parents On Global Day Of Parents)

We hope Razina ji gets fit and fine soon!