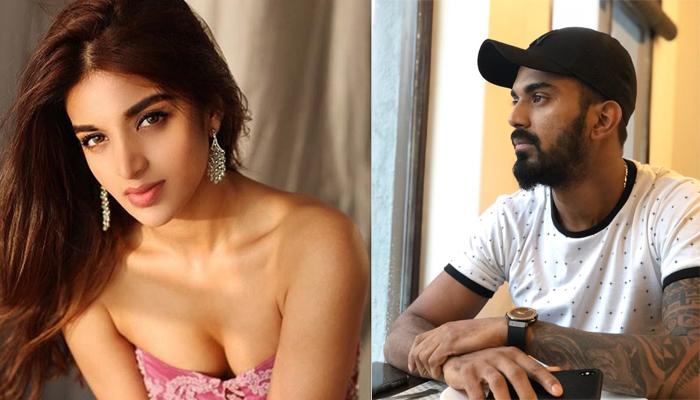 One of the most noteworthy and adorable link-ups in India happens when two of the biggest and the most glamorous industries meet. Yes, when cricket and Bollywood meet, it’s all a different but sweet tangent. (Also Read: 14 Beautiful Love Stories Of Famous Cricketers And Bollywood Divas)

After Geeta Basra tied the nuptial knot with Harbhajan Singh, then Hazel Keech with Yuvraj Singh, then Anushka Sharma with Virat Kohli and now the reports of Hardik Pandya dating Elli Avram, it seems that a trend has started and the recent addition in this trend is Munna Michael lead actress, Nidhhi Agerwal. 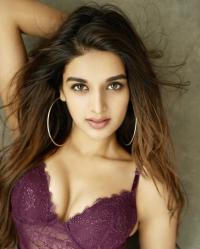 In another tale of Bollywood meets cricket, recent reports suggest that Nidhhi is dating the Indian cricketer, KL Rahul. The star batsman of Kings XI Punjab, it seems has been bowled over by the beauteous Niddhi. The speculations started after their pictures surfaced online on Tuesday. They were clicked outside a restaurant in Bandra. Take a look at the pics: 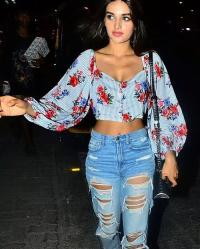 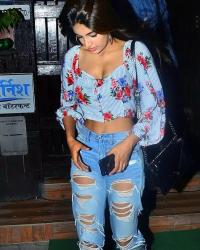 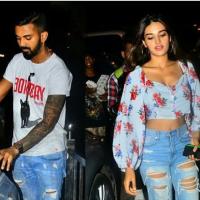 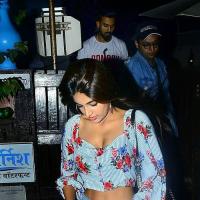 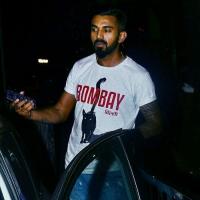 A day later, talking to SpotboyE, on being asked about Rahul, Nidhhi said, “Yes, I did go out on dinner with Rahul”. (Suggested Read: 'Sanju' Trailer Launch: Ranbir Kapoor Reveals No. Of Girlfriends He Has Had Till Date In Real Life) 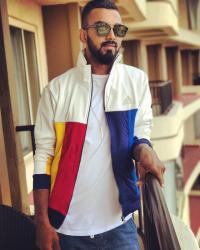 Nidhhi Agerwal is from Bengaluru who holds a degree in Business Management. She is a trained classical Kathak dancer. After doing modelling for a few years, she entered Bollywood and gained limelight with Munna Michael starring opposite Tiger Shroff. 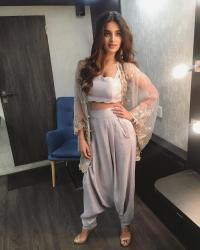 Speaking of Nidhhi, who is now allegedly dating K L Rahul, when she entered Bollywood, she was not allowed to date at all, on the sets or otherwise. Yes, in what could arguably be the most sexist film contract of recent times, the makers of Munna Michael had a deal with Nidhhi that, until the film wraps up, she would not date any man. (Don't Miss: Soon-To-Be Mommy And 'Sasural Simar Ka' Fame Jaswir Kaur Flaunts Baby Bump, Looks Beautiful!) 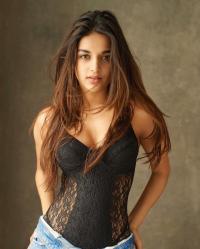 Nidhhi was then quoted as saying, “I had to read the contract twice over to believe it, but I don't really have a problem. I understand that the intention is that they want 100 per cent dedication from me. Not like I have a life beyond work in any case. My understanding of it is that the makers have included the clause because dating a co-star has become an easy publicity exercise for production houses. It takes the focus away from the film. Now, I can put my phone away and practice for four hours without worrying about who's calling me. It is a matter of five-six months and I am okay with it”.

The filmmakers had overtly commented that the rule applied to Nidhhi only and not to Tiger. Producer Viki Rajani had said, “Tiger is already a star while this is Nidhhi's launch film. She is a bright girl and we don't want her to get distracted”. 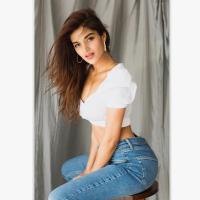 Well, now that it’s been almost a year since Munna Michael’s release, Nidhhi can date anyone she likes, and if time unveils the truth that she is actually dating KL Rahul, all their fans would rejoice.