Reliance Industries chairman and managing director, Mukesh Ambani opened up on his new role as the grandfather of Prithvi Akash Ambani during his speech at Reliance Family Day. Check it out!

Reliance Industries Chairman and Managing Director, Mukesh Ambani expressed how his new journey of being a grandfather of Prithvi Akash Ambani is filled with joy. During a virtual event, The Reliance Family Day 2021, which was was organised to celebrate the 89th birth anniversary of his father and the founder of Reliance Industry, Dhirubhai Ambani.

On December 10, 2020, Akash Ambani and Shloka Mehta had welcomed their first child. An official statement from the spokesperson of the Ambani family had announced the arrival of the next generation of the Ambanis. The statement had also revealed the health update of Shloka and the then-newborn baby. It could be read as: On December 28, 2021, Mukesh Ambani while addressing his colleagues, friends and family, shared his new journey of being a grandparent. He started his speech by welcoming the newest member of the Ambanis and revealed that he brought immense joy and happiness to their lives. He said: Mukesh Ambani also shared the lessons the pandemic has taught him. And the most valuable in all of the lessons is that 'family first'. He shared that the 'work from home' culture has enabled us to spend more time with our children, parents and spouses. After all, they have been our strength in these difficult times. 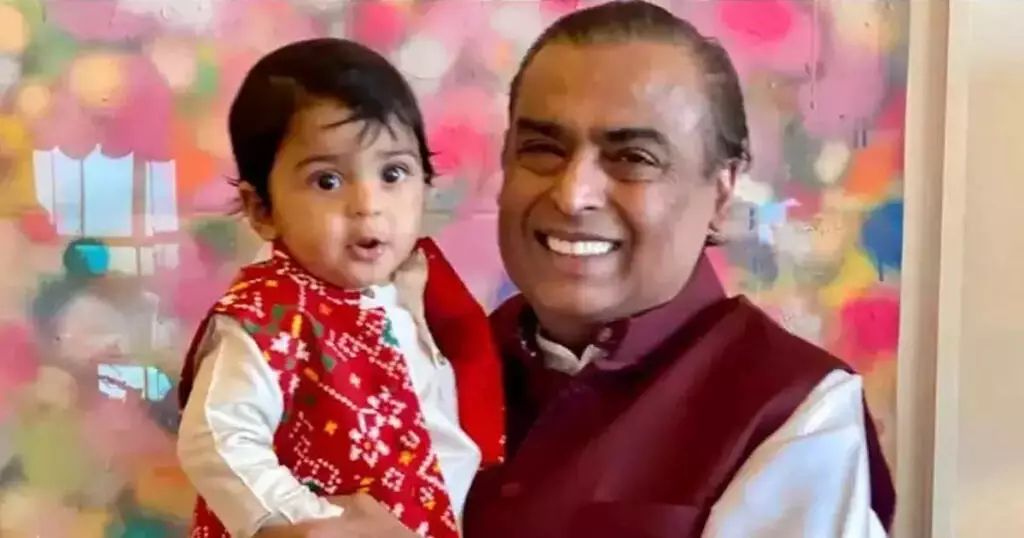 On December 10, 2021, Akash Ambani and Shloka Mehta's son, Prithvi Ambani had turned one and the Ambanis had hosted a grand birthday bash for him! The Ambani family believes in celebrating every little moment of their lives with utmost joy. From organising star-studded puja ceremonies to celebrating their family members' birthdays, they ensure to have a one-of-a-kind experience. Keeping up with this image, when the Ambani family hosted the first birthday of Akash Ambani and Shloka