Mukesh Ambani Donates Rs 2 Crore To Badrinath Temple In The Name Of His Father, Dhirubhai Ambani

Mukesh Ambani Donates Rs 2 Crore To Badrinath Temple In The Name Of His Father, Dhirubhai Ambani

Reliance giant, Mukesh Ambani paid his visit to the ancient Badrinath temple on May 25, 2019. As a measure of noble virtue, Mukesh donated a Rs 2 crore for the purchase of sandalwood and saffron. 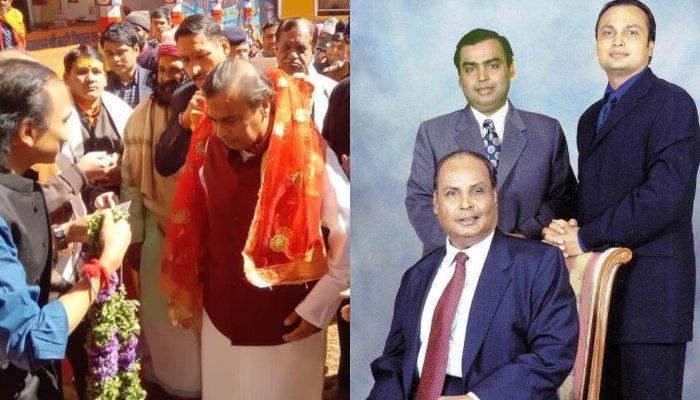 Ambanis’- the surname itself makes you see invisible rupees cashing in at the background! Pronounced as the richest Asian, success, wealth and goodwill flows within the Ambani family in plenty, but as they say, nothing is permanent in life and the entire troupe of Ambanis’ toil hard, day in and day out to maintain their position in the market. After acquiring a galore of wealth, the Ambanis’ leave no stone unturned when it comes to participating in social activities like reviving the art and craft culture of India, supporting the government when the country’s in crisis or paying respect to the soldiers and policeman of the nation. (Do Read: Nita Ambani Was Told She Could Never Become A Mother At The Age Of 23, This Is How She Dealt With It)

While we will share more details about the same later, let us give you all an inside update about the Ambanis’. Business tycoon and Reliance giant, Mukesh Ambani paid his visit to the ancient Badrinath temple on Saturday (May 25, 2019). As a measure of noble virtue, Mukesh donated a whopping amount of Rs 2 crore to the Badrinath Kedarnath Temple Committee (BKTC) for the purchase of sandalwood and saffron. Therein, Mukesh Ambani was welcomed by BKTC Chief Executive Officer BD Singh Dharmadhikari and officer Bhuvan Chandra Uniyal. 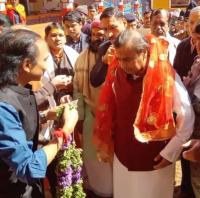 About the activities of Mukesh Ambani on his Badrinath temple visit, the business giant had offered his prayers to Lord Badri and also prayed for the welfare of the country. Post this, he listened to lessons from the Holy Bhagavad Gita at the temple’s inner sanctum. He had also assured to the temple authorities that he will purchase land in Tamil Nadu’s sandalwood forest for the Badrinath Kedarnath Temple Committee in the name of his late father, Dhirubhai Ambani.

Apart from being the richest man in Asia, Mukesh Ambani and his family make an amazing contribution in the field of philanthropy. Only recently, Mukesh had topped the Hurun India Philanthropy List 2018. He was followed by the chairman of the Piramal Group, who also happens to be samdhan, Ajay Piramal. As per the details of the list, Mukesh Ambani and his family have donated Rs 437 crore from October 2017 to September 2018. Ajay Piramal had donated close to Rs 200 crore during the same period.

Mukesh Ambani’s son, Akash Ambani and Shloka Mehta had gotten married in a grand bash on March 09, 2019. Apart from the many wedding bashes hosted for varied sets of people, it was on March 12, 2019, when the Ambanis’ had held a special celebration with thousands of members of Army, Navy, Paramilitary Forces, Mumbai Police, Railway Protection Force, and their families. On the joyous occasion, Mukesh Ambani’s wife, Nita Ambani had shared, “We feel delighted and honoured that the protectors of this city and the nation are joining us in our celebrations. It’s an emotional and joyous occasion for us and we hope these heroes, who make us proud everyday, will shower their blessings on Akash and Shloka.” (Must Read: Isha Ambani, Mukesh Ambani, Nita Ambani, Akash Ambani Play 'Phoolon Ki Holi', Pics Inside) Nita Ambani had further added, “We as a family very much identify with the city’s socio-cultural fabric and have deep respect and gratitude for the people who make it function, particularly our police, armed forces and city workers. It is at once humbling and immensely satisfying for us that we can share our joy with this great city, to which we owe everything.” Do note that the Ambanis’ on the occasion of both the weddings in their families, Akash Ambani and Isha Ambani Piramal had hosted an ‘Anna Seva’ for the underprivileged. For Isha’s wedding, an Anna Seva was hosted from December 07-10, 2018, wherein the Ambanis’ had fed close to 5100 people, three times a day. Apart from this, they had also set up a Swadesh Bazaar (an initiative of the Reliance Foundation), which had showcased “108 traditional Indian Crafts and art forms from all different regions of the country for the national and international guests”, thus keeping Indian art crafts alive.

For Akash Ambani’s wedding, it was on March 06, 2019, when the Ambanis’ had organised a week-long Anna Seva programme in all the orphanages and old age homes in the city. This initiative had begun at the Jio Garden, where the family had served dinner with choicest delicacies to nearly 2,000 children. The Anna Seva was just the beginning as the Ambanis’ will ensure a continuation of the supply of groceries to all the orphanages and old age homes in Mumbai for a year. (Also Raed: Akash Ambani Leaves With The 'Band Baaja Baaraat', Nita Ambani And Isha Ambani Dance Their Heart Out) 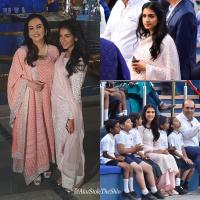 How noble of the Ambanis’, isn’t it?