'Ishaaron Ishaaron Mein' fame, Mudit Nayar is married to a lawyer named, Aparajita Shrivastava since February 28, 2018. Here, he talks about his long-distance relationship before their marriage. Mudit Nayar of Devanshi and Ishaaron Ishaaron Mein has carved his own niche in the Indian television industry. He has been one such actor, who has bagged awesome and challenging roles in his career span. Currently, the role he is playing in Ishaaron Ishaaron Mein is of a deaf and mute character, Yogi. Apart from these two shows, he has also been a part of Anamika, Palampur Express, Teri Meri Love Stories and Badii Devrani. But do you know that he is a happily married man? Well, yes that’s exactly what you read!

Mudit Nayar is married to a lawyer named Aparajita Shrivastava since February 28, 2018. It's been more than a year that the two have been married to each other and are enjoying their blissful life to the core. Talking about his wedding with an online portal sometime back, Mudit had retorted, "It’s been almost a year since we have known each other. We met via a common friend and one thing led to another. The wedding is planned for some time in February 2018 in Pune." (You May Like: Indian Idol Contestant Vibhor Parashar Denies Dating Neha Kakkar, Gives Clarity On Their Relation) 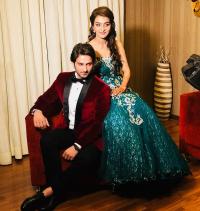 Unfolding his love story with wife, Aparajita, Mudit told The Times of India, “Back then when we were not allowed to meet each other, Aparajita did all the struggles to secretly meet me. I used to live in Mumbai, and she was in Pune. Once she lied to her parents and told them that she wants to go to Mumbai for shopping, just so that she could meet me. When you love someone, you figure out a way to meet them and be with them by hook or crook.” 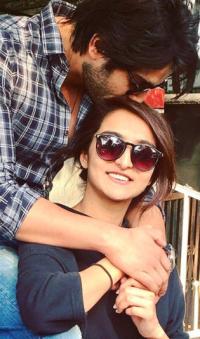 Earlier, in an interaction with a leading daily, he had gushed about his wife and had retorted, “She is very real. A lawyer by profession. She is funny and lively. I met her and immediately knew she’s the one. My family already loves her. Hopeful of a great life ahead.” (Also Check: Dia Mirza Congratulates Estranged Husband, Sahil Sangha For His Latest Achievement, Shares A Picture)

Mudit Nayar can currently be seen in Sony TV’s Isharon Isharon Mein, wherein he is portraying a deaf and mute character. Talking about the challenges, he had once told The Indian Express, “Of course the initial challenge was to learn the sign language. I started with the classes and am still doing training on the same. I even watched movies around the same kind of characters to polish my movements. And now, the challenge is to strike a balance between being technically correct and acting in a way that even a layman understands the signs. It will be a constant process for long, I feel.” 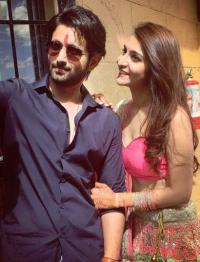 And on how does he feel audience can connect with the show, he had remarked, “I think it is bit of a gamble. It is a very different show and we don’t know how the audience will react. But they would get connected to the concept. We have seen everything on television and it soon gets repetitive. Isharon Isharon Mein is like a breath of fresh air on TV. It’s a light-hearted show and the treatment is also very beautiful. There’s no over the top drama or characters, and everything is very relatable.” (Do Read: Neha Kaul Of 'Bahu Hamari Rajni Kant' Fame Gives Birth To A Baby Girl, Shares First Glimpse Of Her) 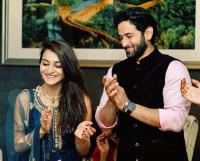 Talking about his journey in the industry, he had remarked, “Honestly, I do feel that I could have been a little less choosy. Even my last show happened more than a year back. It’s not that there is a lack of offers, it’s more because I don’t want to do everything that comes my way. I want to be associated with different characters. This is why I move towards theatre during my breaks.” 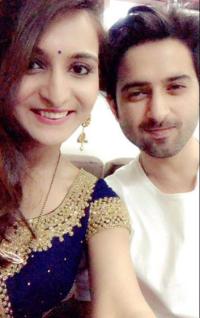 Wishing all the happiness and love to Mudit Nayar and Aparajita Shrivastava!