Sakshi took to her IG handle and shared some unseen, lovely pictures with her dear husband, Dhoni and wrote some lines, which beautifully reflect on their commendable journey of ten years! Indian cricket team's former captain, MS Dhoni and his darling wife, Sakshi have completed ten blissful years of marriage on July 4, 2020. It seems yesterday only when they had gotten married in 2010, in a secret, but grand ceremony in the hills. No one had known about it beforehand. The newspapers were full of stories covering different functions of his grand wedding, as social media was not as active as today. Everyone was curious to know about the mystery girl, who had bowled over the best finisher of our generation! (Recommended Read: MS Dhoni And His Wife, Sakshi Dhoni's Fun-Filled, Lovely Moments Which Had Won Over The Internet)

Here's a fun fact about our beloved thala: Did you know that MS Dhoni always keeps his doors open at all times whenever they're on tour, so that any player can come and talk to him? Yes, and none other than his darling wife, Sakshi had revealed this, in a live IG session. In her words, "Since 2010, I remember the first tour with CSK was South Africa. Mahi has always kept his door open, he told me we are married but the door will always remain open. Just don't be in your night suit. The door has always been open, people come and we hang out till 3-4. The players get a chance to talk to Mahi at that time." 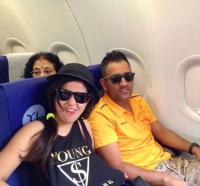 Sakshi took to her IG handle and shared some unseen, lovely pictures with her dear husband, Dhoni and wrote some lines, which beautifully reflect their commendable journey, they have taken in these ten years! Her note can be read as "Walking together for 10 years has been teamwork. Building space for each others growth has helped us mature. Being mad at each other, at times, made us come closer. Prioritising the matters in life, made us realise the importance of those! Playing fair by not pushing each other has made us stronger. Working together through the ups and downs, made us understand the magic of love! Celebrating this day by being grateful to our parents, siblings, relatives and friends. Missing our loving and caring friends who have been our strong support system at all times. Thank you to all the loving fans, without them the journey would be bland." 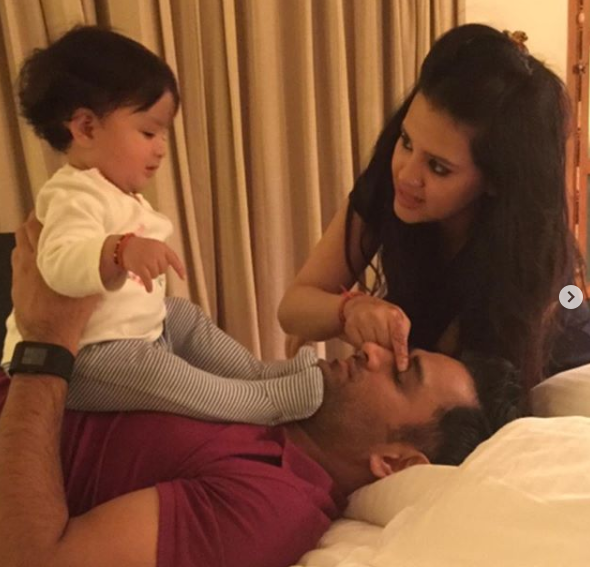 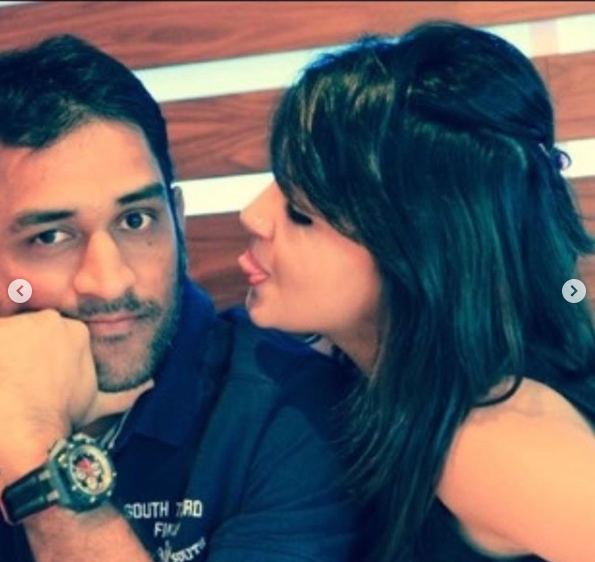 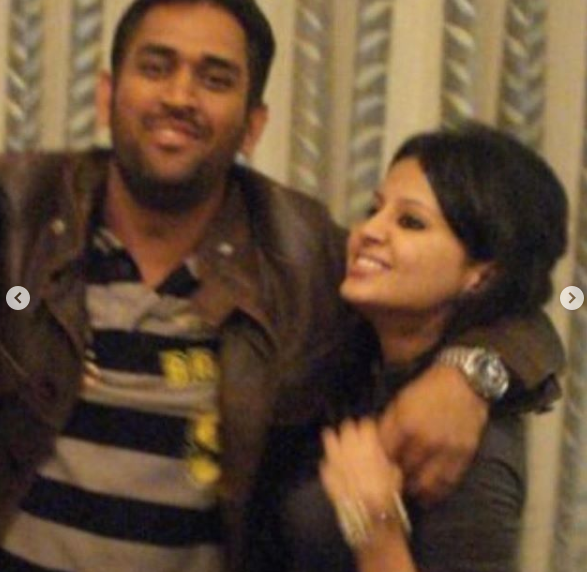 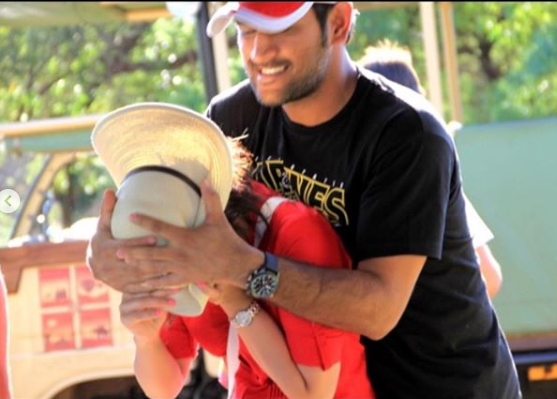 Sakshi Dhoni is a doting wife, who stands before anyone who tries to jibe at Dhoni and gives a befitting reply to them. That's what makes her one of the most loved celebrities amongst cricket fanatics! Some time ago, Sakshi had come live on CSK's Instagram page and had talked about a lot of aspects revolving around cricket, their personal lives, Dhoni's retirement and a lot more. She had emphasised that Mahi and she would take a sabbatical from the chaos and would resort to hills if the cricketing activities do not resume post the lockdown. She had said, "If there is no cricket post lockdown then Mahi and I have planned to hit the hills, go to Uttarakhand. Stay in a small village or something, do some trekking." She also talked about how the former captain is spending his lockdown days. She had stated that Mahi is spending most of his days with his video games and his pet dogs. Sakshi had even joked about MS Dhoni's famous long-hair look and had said that had she met him during those times; she would've rejected him right away! In her words, "If I had seen him with is long orange hair, I wouldn't have even looked at him. John's hair suited him but Mahi with long hair was like....I saw it after we got married, thank god I saw him after that." She had further added, "I met him on the last day of my internship. I met him through a friend and he seemed a very normal guy. And I did not follow cricket at that time. I knew Sachin. I just knew there was a pahadi guy in the team, my mom had told me that there is a pahadi guy in the team." (Also Read: Saroj Khan's Daughter, Sukaina Khan Remembers How Her Mother Was A Fighter And Would Never Give Up) Did you know that Sakshi and Dhoni had known each other since childhood? Yes, their fathers had worked in the same company, MECON, and their families shared a cordial relationship, and the young buds went to the same school in Ranchi. Sakshi's family got shifted to Dehradun and the two could not stay in touch after that. Destiny had brought them together after almost a decade, during Team India's stay at Taj Bengal, Kolkata, where Sakshi was an intern. And the day, when Sakshi and Dhoni had met, was the last day of her internship at Taj. Well, Cupid works in so many different ways! (You May Also Like: Gurmeet Choudhary Turns Hairstylist For His Wife, Debina Bonnerjee, The Latter Flaunts Her New Look)