Mrunal Thakur turns 27 today, on August 01, 2019.Â Her boyfriend, Arjit Taneja posted a heartfelt message for his ladylove. Checkout a picture of the same below.

Aren’t birthdays super-exciting? While we do know that you turn a year older on your birthday but that’s what life is about, right? On this day, instead of celebrating one year of an ‘older you’, you focus on the fact that you breathed your first! During our school days, it was mostly about families being with us on our birthdays. But as we grow older and start staying away from our family, our ‘family away from family’ takes the maximum effort of making this day special for us. Isn't it? On similar lines, see how budding superstar, Mrunal Thakur’s apparent boyfriend, Arjit Taneja made her birthday a memorable affair for her through a beautiful message. (Do Read: Paras Chhabra And Akanksha Puri Seal It With A Kiss On The Highest Peak, Her Reply Steals The Show)

From 2018-2019, Mrunal Thakur is only witnessing a professional leap in her life by bagging lead roles in Bollywood films with B-town biggies. From her debut film, Love Sonia to her upcoming release, Batla House, there’s no stopping for Mrunal! Hence, this paves way for humongous celebrations for Mrunal as she turns 27 today, on August 01, 2019. While many of her industry peers have wished Mrunal Thakur, it is her alleged beau, Arjit Taneja’s heartfelt wish for his ‘apparent’ ladylove that made us go all ‘awww’! Posting a collage of two pictures with Mrunal, Arjit wrote, “Happy Birthdayyyy HEROINE! God bless u with more n more n more of blockbusters, success and most importantly happiness Keep rising and shining!!!” Here is the picture: 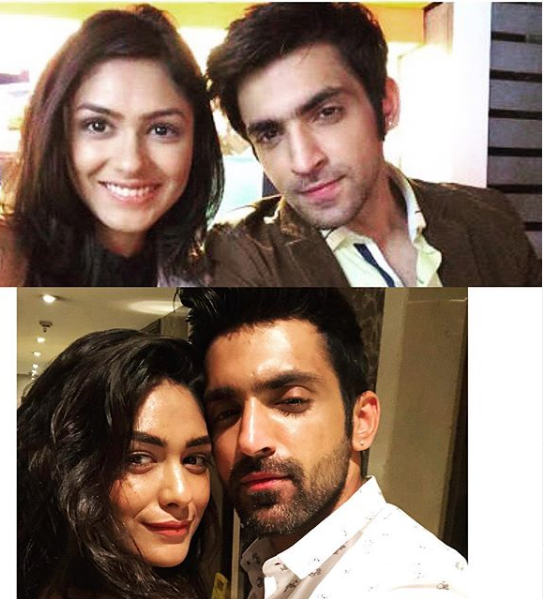 Rumours about Mrunal Thakur and Arjit Taneja being in a relationship had started doing the rounds when their closeness had increased on the sets of Kumkum Bhagya. The rumours had further gotten enhanced when Arjit had quit the show right after Mrunal did. The ‘probable’ lovebirds had then appeared together in an Indonesian show titled, Naadin. But to make things clear and to end all these rumours, Arjit, in 2018 had come to the forefront and had said, "We started off as colleagues and became friends much later. We began our careers together and were only 21 when we were paired with each other on Kumkum. In the beginning, we did not even get along with each other. In fact, there were months when we would shoot together and refuse to talk to each other. Now, at the age of 25, I have realised that such behaviour is kiddish. Mrunal is a great person." (Also Read: Shilpa Shetty Kundra's Hubby, Raj Kundra Can't Wait To See Her On-Screen After A 13 Year Sabbatical) In another interview, Arjit Taneja had also shared the details about the Indonesian show that he and Mrunal Thakur had done together. Arjit was quoted as saying, "We did a show together in Indonesia. That's when I realised how immature I was and found a great friend in her. Mrunal is busy with her career right now and so am I. We are great buddies and only wish well for each other. We do click pictures and post them on our social media accounts, but don't friends do that? I love Mrunal, but she is my friend, nothing more, nothing less." 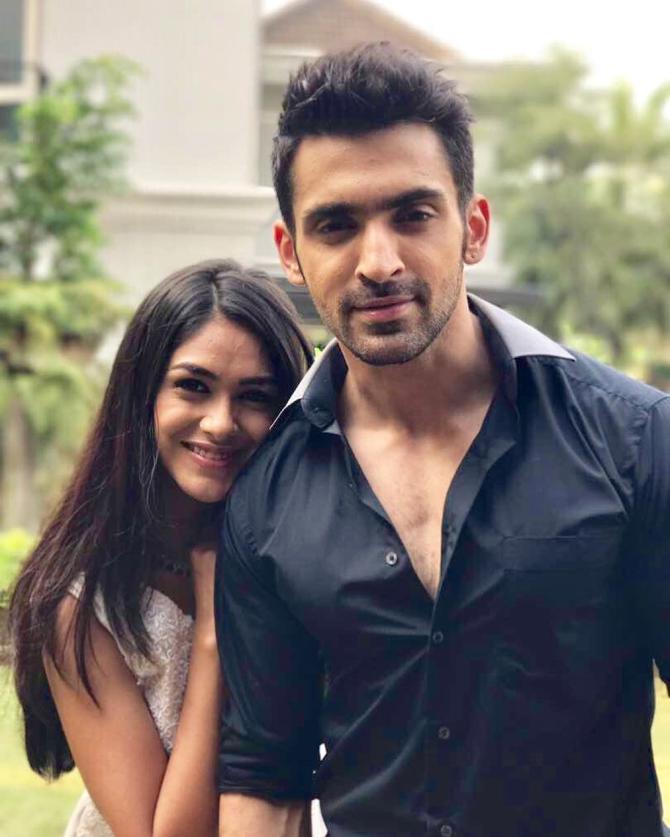 In an interview with The Indian Express, Arjit Taneja had further talked about their Indonesian show and leaving Kumkum Bhagya. He had shared, “To be honest, there was nothing for me to perform in the character and it was a well-thought decision, so there was never any regret. It was a new start for Vin Rana, who replaced me but I had reached a stagnant point with it. Even Mrunal had quit the show so the chemistry was seeing, yes, I still miss the team but I have no complaints. They are like family to me and Kumkum will always be the best phase of my life.” 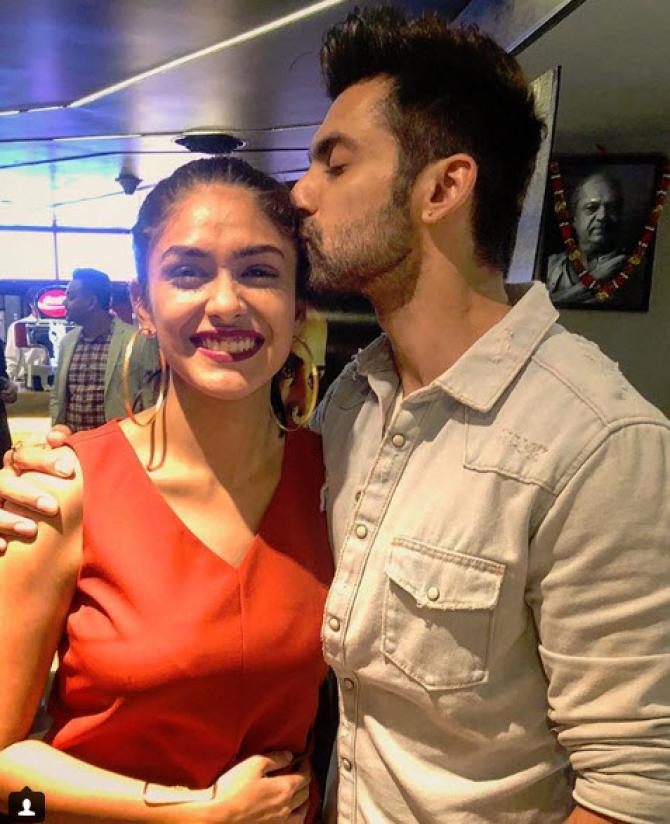 Arjit Taneja had also clarified his and Mrunal Thakur’s dating rumours, “There’s zero percent truth to it. We are the closest friends and since Mrunal was my first co-star, she will always be special to me. We both have grown up together on the sets. Initially, we used to detest each other and slowly and steadily, we built a close bond. We are in a very comfortable space and such rumours really doesn’t affect our friendship.” (Also Read: Shantanu Maheshwari Shares Sneak Peek From His Next Performance Based On His Real-Life Mishap) 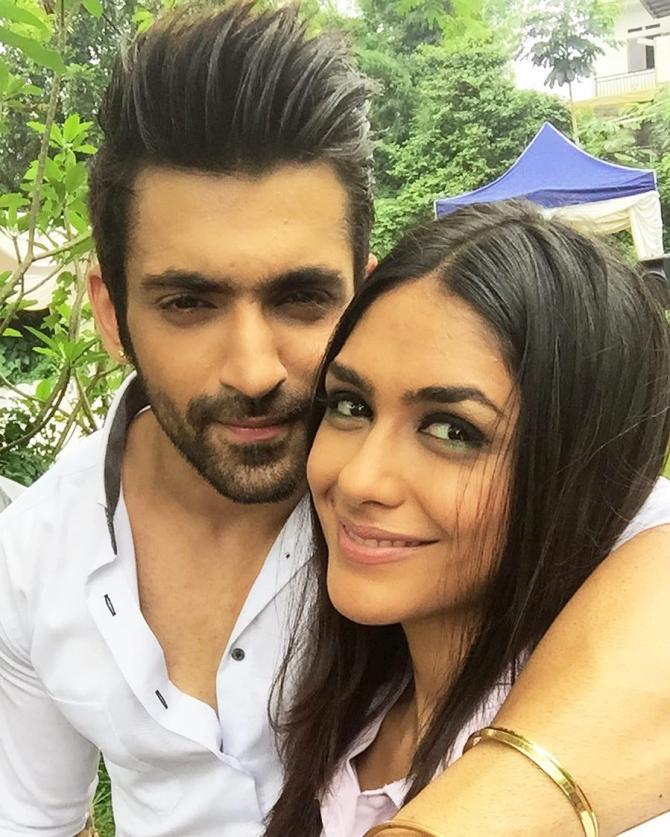 Arjit Taneja had also stated if money was the many reasons to find work in Indonesia, “Money was definitely one of the reasons but the love of fans that’s there is unmatched anywhere. The people there are the best ones; very sweet and humble. So, when you know you have such great fans in the region, you want to work and meet them. It was a great experience and I even had Mrunal working there with me, which was even more fun.” The portal also asked Arjit that he blushed every time Mrunal’s name is mentioned. An embarrassed Arjit had then shared, “ I did not; you asked me such questions. We work together so when you talk about those specific projects, it’s only reasonable that I name her.” While we still need a confirmation on Arjit and Mrunal's relationship, here’s wishing the #BossLady, a very happy 27th birthday!