A video on social media featuring some never-seen-before snippets of Mouni Roy's Mumbai home is leading all the headlines, as her chic apartment is grabbing eyeballs. Check it out!

Popular actress, Mouni Roy is one of the most stunning actresses in the Indian film and television industry. She not only rules over millions of hearts, but her amazing acting skills continue to woo critics time and again. The sizzling diva has entertained the audience with her scintillating performances in many television shows like Naagin, Devon Ke Dev...Mahadev, Kyunki Saas Bhi Kabhi Bahu Thi, and more. In addition, the critics also appreciated her performances in films like Brahmashtra, Gold, and Romeo Akbar Walter.

While on the professional front, Mouni Roy is flying high, on the personal front, she is also leading a happy married life with her husband, Suraj Nambiar. However, the couple is once again in the news after Mouni gave an inside tour of her Mumbai apartment, where she lives with her darling husband. 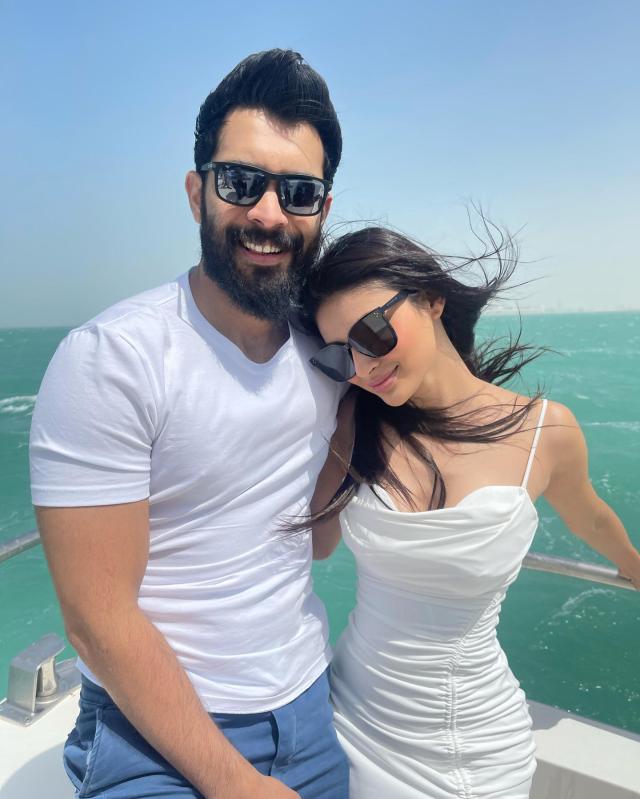 The promo of the upcoming episode of Asian Paints' show, Where The Heart Is got released, and it's the gorgeous diva, Mouni Roy, whose luxurious abode we will be exploring. However, before the release of the entire episode, the makers dropped a promo video in which we saw some clear glimpses of her home. In the beginning, viewers can focus on the spacious living room that looks aesthetic in every sense. 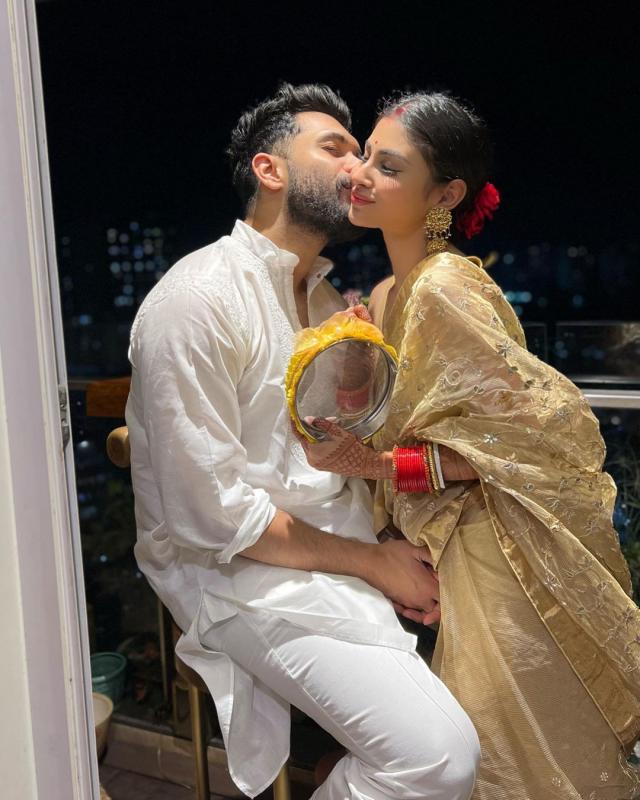 We can see a large TV mounted on the blue velvet-coloured wall and a light lamp adjacent to it that looks absolutely breathtaking. A stand on the other side featured Suraj and Mouni's photo frames and a cream-coloured sofa set, comfy enough for a perfect movie date. Mouni's living space is a treat to the eyes. However, it's hard to miss the cosy dining behind the sofa and a lovely sputnik style chandelier that enhances the entire vibe of the living room. 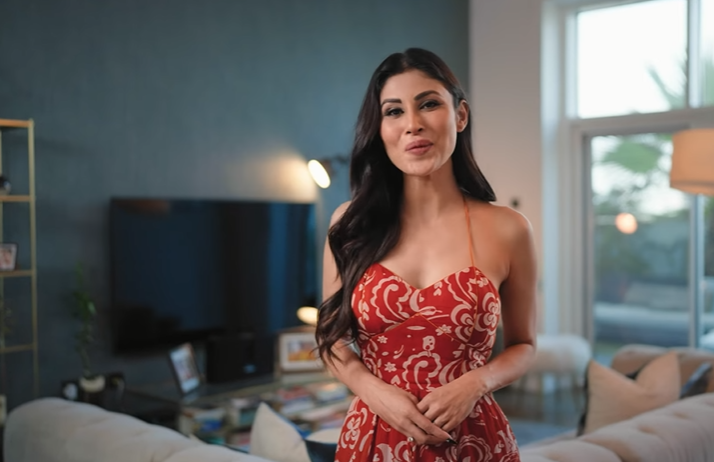 Going further in the video, we also entered the kitchen, where most of the appliances were in chrome finishes. With black subway tiles and a pristine white cupboard, Mouni Roy's kitchen also offered a kitchen island with two metal chairs comfortable enough for quick eating.

After the kitchen, the actress took us to her outdoor setting, which offered much more than expected. From a spacious outdoor area for her husband, Suraj Nambiar, to do some fun activities to multiple seating options for Mouni to have a soothing reading session, the balcony also features many large plants.

Mouni Roy on her Mumbai apartment

In a conversation with Asian Paints, when Mouni Roy was asked about her views on the word 'home' and how its meaning has changed for her from childhood to adulthood. Answering the same, Mouni shared that after growing up, she realised that it's extremely important to have a materialistic sense of belonging, a place or space where we can be with ourselves and our loved ones. However, she admitted that more than the place, it's the people for her, who turns a house into a home. Reflecting on the same, the actress said:

"Home has never been a place, it has always been my people, my family. Now that I am all grown up, I realise it is very important to have a materialist sense of belonging, a space that you can come back to. Home is wherever I need to be and I need to set up that place with as much love with a feeling that it's my home, it's my space."

Well, we are in love with Mouni Roy's beautiful Mumbai home. What about you? Let us know.

Also Read: Kriti Sanon On Getting Praised By Her Mom, Geeta Sanon, Says, 'I Cried When My Mother Encouraged Me'