Mouni Roy's personal life has once again grabbed the attention of the paparazzi. Recently, we have stumbled upon Mouni and Suraj's party pictures and they speak about the love that they have. 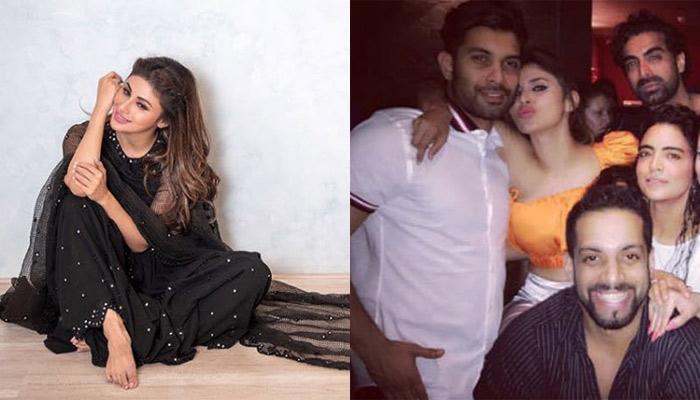 When two people are in love, their chemistry is enough to make the heads turn. However, some of the celebs deny their dating rumours, their chemistry speaks otherwise. The moment you step into the world of glamour, your personal life is subjected to all the gossips and speculations. From dating rumours to marriage speculations, gossip columns are always filled with celebs' personal life speculations. We always wait for the celebs to make their relationship official and make us drool with their lovey-dovey pictures and social media banters.

Entering Bollywood has always been a dream for many young talents and only a few get a chance to see themselves on the silver screens. Gone are the days when only good looks were considered a ticket to enter Bollywood, nowadays, the acting talent is given the priority. And tick marking both the requirements is bong beauty, Mouni Roy. She had made her mark on the television industry and post that, she entered Bollywood to rule. Mouni had made her Bollywood debut with the movie, Gold alongside Akshay Kumar.  (Recommended Read: Ranbir Kapoor And Alia Bhatt Are Finally Getting Married, Date And Venue Finalised?) 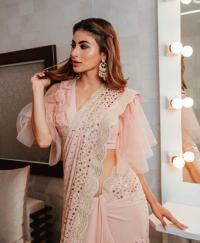 Mouni Roy’s personal life has always been in the limelight for her linkup rumours. From rumoured to be in a serious relationship with her co-star, Mohit Raina to now allegedly dating Dubai banker, Suraj Nambiar, Mouni’s personal life is constantly under media glares. Rumours started filling the gossip columns about the duo dating each other when a picture from their beachy vacation had gone viral. However, the duo had denied any such rumours. And as we say, a couple’s chemistry is more than enough to spark rumours about their relationship. Recently, we stumbled upon Mouni and Suraj’s party pictures and their chemistry is enough to spark the rumours again.

Earlier, Mouni’s close friend, Roopali had shared pictures on her Instagram handle from their beachy vacations which had grabbed gossipmonger’s attention. According to a SpotboyE report, Mouni has found love again in Suraj Nambiar and the duo is spending some quality time with each other to know one another better. When the media portal had contacted Mouni about the pictures, she had asked her friend to delete them.

Mouni Roy had denied being in a relationship with Dubai based banker, Suraj Nambiar. Replying to the rumours about the duo dating, Mouni had cleared the news through a text sent to SpotboyE and had said, “Not true. We are all a bunch of friends and we went together to celebrate my birthday. I am very much single and concentrating only on my work. I am sick of rumours and speculations." And when the actress was asked why did she asked her friend, Roopali to delete that picture? The actress had replied, "What? Nothing like that happened." (Suggested Read: Isha Ambani Piramal Stuns In A Pink Outfit On Her 28th Birthday Celebrations, Her First Post-Wedding) 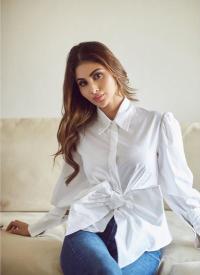 Mouni Roy was in a steady relationship with Gaurav Chopra but that ended on a sad note. Later, she was rumoured to be dating Mohit Raina, but the duo had parted ways in the year 2018. In an interview with The Indian Express, Mohit had talked about Mouni, and had said, “We genuinely have a very strong friendship and utmost respect for each other. We are similar people with similar stories. Mouni and I, both are from non-filmy families and come from really small towns. She has her father’s blessing on her, who is no more and so is the case with me. We also have been working hard and achieving on our own. There’s a lot of factors that have brought us in a different place where we have immense mutual respect towards each other. As for me, I really have a lot of pride for what she is doing in her career and winning laurels for herself. Also, who wouldn’t want his name linked to a film actress, it always works in favour.” 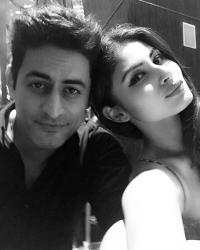 Later, when Mouni and Mohit had broken off, she had denied being his friend. In an interview with the Mumbai Mirror, she had said, "I am single and have been so for a long time. Mohit and I are not even friends." Later, in another interview with the Mumbai Mirror, Mouni had talked about being single and had shared, "People who matter know I’m single and it’s not about the shortage of time because you can compartmentalise your life. But I need to meet the right person, I can’t just pick someone and start dating. At the moment I’m grateful for this window (movies) that has opened in my life. I don’t think I should throw it away by not giving my 100 percent to it." (Do Read: Salman Khan Refused To Get Married Just 5-6 Days Before Due Date In The Year 1999) 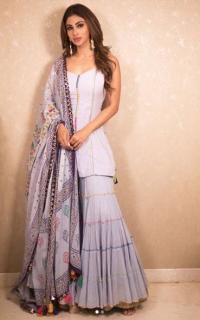 We can't wait for Mouni Roy to give the final nod on her relationship with Suraj Nambiar!