Isha Ambani Piramal Stuns In A Pink Outfit On Her 28th Birthday Celebrations, Her First Post-Wedding

Isha Ambani Piramal Stuns In A Pink Outfit On Her 28th Birthday Celebrations, Her First Post-Wedding

On October 23, 2019, Isha Ambani Piramal had turned a year older and this being a first one post-wedding with Anand Piramal, she stunned in her pink dress and was all-smiles for the camera. 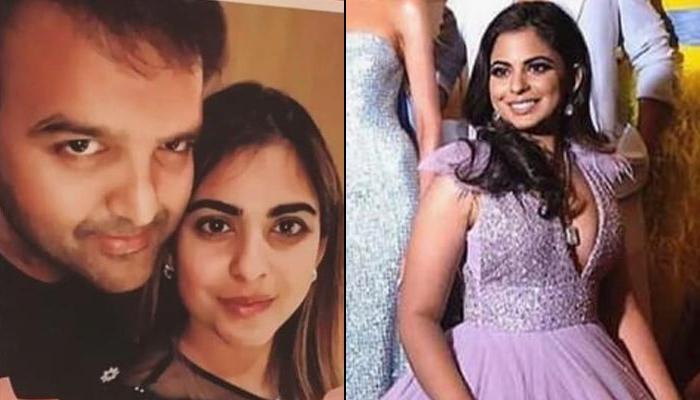 Daughter of Mukesh Ambani and Nita Ambani, Isha Ambani was ranked second on Forbes' 'Youngest Billionaire Heiresses' list in 2008. Successfully carrying forward her family’s legacy, Isha, an Ivy-League graduate from Yale University, has carved her niche in the business world. Did you know that it was Isha, who had seeded the idea of Jio in her father, Mukesh? It was her constant issues with the internet speed because of which Jio came into being! (Also Read: Unseen Childhood Pictures Of Isha Ambani, Akash Ambani And Anant Ambani Reflects Their Loving Bond)

Just because Isha Ambani is an heiress to a vast fortune doesn’t mean she is not working towards making her own name in the world and she is quite passionate about women empowerment. A perfect example of beauty with brains, Isha has managed to escape the shadow cast of her power parents, Mukesh Ambani and Nita Ambani. Businesswoman and philanthropist, Isha has kept her personal life guarded from the media glares, but her name is enough to increase our curiosity. 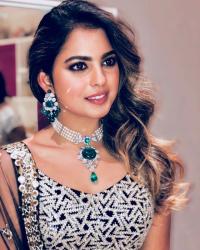 On October 23, 2019, Isha Ambani Piramal had turned a year older and the netizens had waited the entire day to get a glimpse of how this gorgeous 28-year-old had celebrated the day. Since this birthday was extremely special for Isha, being a first one post-wedding with Anand Piramal, netizens were expecting a grand celebration. And to our delight, one picture of Isha, posing amidst her birthday décor had gone viral on social media. Dressed in a pink dress, complementing the birthday décor, Isha was all smiles for the camera. Isha Ambani had added the surname, ‘Piramal’ to her name after her wedding with beau, Anand Piramal on December 12, 2018. Even after ten months of their grand wedding, multiple pictures and videos are popping up on the internet from #IshaKiShaadi and we can’t help but gape with wonderment how lovely Isha and Anand had looked on their D-day. Sometime back, we had stumbled upon a beautiful picture from Isha’s vidaai in which she could be seen teary-eyed with her family members including parents, Nita Ambani and Mukesh Ambani, brother and then soon-to-be sister-in-law, Akash Ambani and Shloka Mehta and the probable soon-to-be Ambani bahu, Radhika Merchant, around.

After living in the world’s second most expensive private residential property, Antilia (as of November 2014, after Buckingham Palace, which is designated as a crown property), Isha Ambani had moved into another luxurious mansion post her wedding. Mukesh Ambani and Nita Ambani’s daughter, Isha lives in a 50,000-square-foot sea-facing bungalow in Worli after her marriage with Anand Piramal. This swanky mansion is a gift from her in-laws, Ajay and Swati Piramal, who had purchased the INR 450 crore bungalow from Hindustan Unilever in 2012. (Also Read: Isha Ambani's Make-Up Artist Reveals Her Beauty Secrets From Akash Ambani-Shloka Mehta's Engagement)

This iconic Gulita building was auctioned in 2012 and as per an Economic Times report, Piramals had won the bid at INR 450 crore beating businessmen Anil Ambani and Gautam Adani, who had placed bids between INR 350 and INR 400 crore. Isha and Anand’s marital home, which was a gift from the Piramals is a five-storey bungalow at Worli Sea Face, Mumbai.

In a post-marriage interview with Vogue, the heiress of Reliance had revealed many important facts from her wedding and of course, her hubby, Anand Piramal. Confessing that they are rather two different souls as a couple, Isha Ambani Piramal had stated, “He hates attending events, I enjoy them. I really enjoyed our wedding, but it was not exactly his idea of fun (laughs). He’s more spiritual than I am. But we are also very similar. We are both very family-oriented, and we both love food. I remember in one of the speeches that my father gave at my wedding, he listed ten reasons why he liked Anand. It was hilarious, and dad concluded by saying that these are probably the same ten things that he would also use to describe himself. And it’s true; in many ways Anand reminds me of my father.”

She didn’t stop at this! Isha Ambani Piramal had also revealed the reasons that make her hubby, Anand Piramal, a great life partner. She had remarked, “I love his amazing sense of humour and his spirituality.” The newbie bride also shared if the work-life balance has changed after her marriage and had stated, “Last night, we had dinner, and then from 11 pm to 3 am Anand had a meeting in his office. So, I don’t think his life has changed, and neither has mine. At this stage, work is a priority for both of us. And luckily, our parents understand that. Fortunately, the family I was born into and the family I married into have the same work ethic—every member of both families knows the importance of work.” (Also Read: Nita Ambani Is The Most Loving Mother-In-Law To Shloka Mehta And Anand Piramal, Here Are The Proofs) 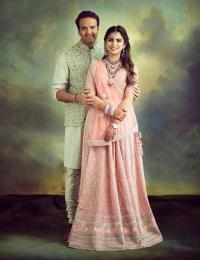 For everyone, childhood is an ‘era’ like no other! Enjoying the smallest of things, finding happiness in endearing beliefs, getting out of problems with the adorable puppy face and living life with ‘I don’t care’ attitude, life was much simpler as a child. As we grow up, all we can