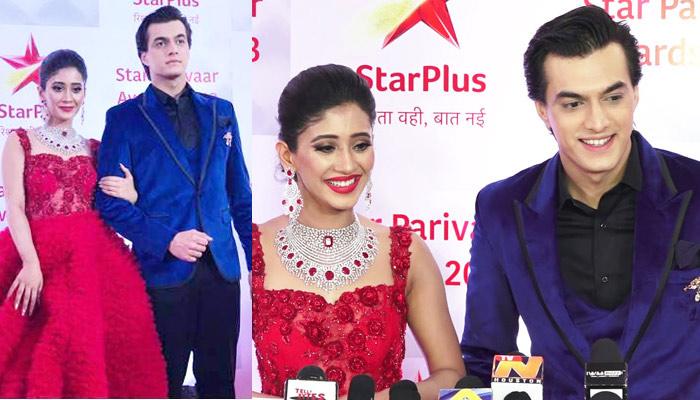 October 6, 2018, saw the style galore when who’s who of the Star parivaar gathered for the much-awaited award show, Star Parivaar Awards 2018. The biggies and famous celebrities of television world gathered under the one roof to make it the best award function of all. Amongst others, who stole the show were the lovebirds from the show, Yeh Rishta Kya Kehlata Hai, Shivangi Joshi and Mohsin Khan. The alleged couple made a sparkling entry at the red carpet of the award function, courtesy their pictures that have been doing the rounds. (You May Also Like: Inaaya Naumi Kemmu Enjoys A Fun 'Crawl-Date' With Mommy Soha Ali Khan, Both Look So Adorable)

Shivangi Joshi and Mohsin Khan looked dazzling in their outfits at the Star Parivaar Awards 2018. Shivangi slayed in a red-coloured frill gown, which she teamed up with heavy jewellery, keept her locks tied up in a bun. On the other hand, Moshin looked dapper as usual in his blue suit and neatly done hair. Here are the snaps that are doing the rounds on the internet: 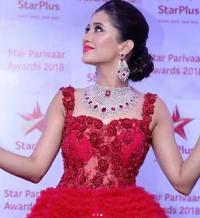 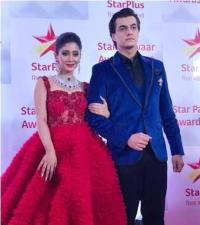 Well, what grabbed lots of claps and appreciation was the sweet gesture made by Mohsin towards Shivangi. To make it clearer, as per reports, Mohsin bagged the 'Favourite Beta' for the role of Kartik in Yeh Rishta Kya Kehlata Hai, and as per the sources, he dedicated his award to Naira a.k.a. Shivangi (who plays the role of his wife) stating that she is the one who made him a better beta. Isn’t this super-cute? (Also Check: Heavily Pregnant Sania Mirza Shares If She's Bothered With Gender Of Her Baby Due In October) 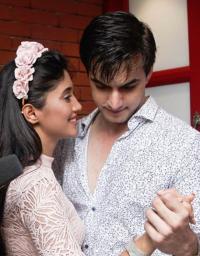 Shivangi and Mohsin, neither of them has ever clearly accepted being in love with each other. Nonetheless, their love can clearly be seen as and when they twin together or make each other’s birthday special. Opening about his relationship with Shivangi for the very first time in 2017, Mohsin was quoted as saying, “Several theories have been doing the rounds, including our link-up, but we didn't allow it to affect our friendship or work.”

He further added, "In fact, there was nothing to talk about initially, since we were just friends. Our friendship graduated to love only recently; it's just been a month-and-a-half. We rang in the New Year with my family. Funnily, we haven't gone out on an official date yet, owing to our erratic schedule.” (Also Read: Sonali Bendre Shares Her Cancer Journey Of Good And Bad Days, Says Talking To Son, Ranveer Helped) 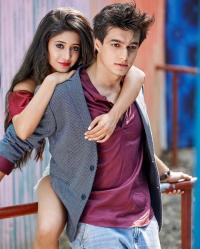 Not just this, in another interview some time back, Mohsin talked about his equation with Shivangi and remarked, “I am grateful that Shivangi and I got to work together. People accepted Kartik and Naira instantly and loved them. We have always enjoyed working together. We often get messages on all social media platforms and I try to reply to as many as possible”. 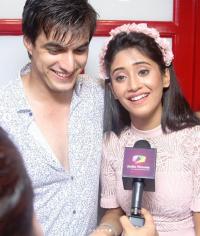 In another interview, Mohsin revealed what he likes the most about Shivangi. He had said, “I don't know what made me fall for her. I guess it's her innocence. We are still exploring each other. It has been a long friendship and a beautiful journey, which has now blossomed into love." (Check Out: Ayushmann Khurrana On Tahira Kashyap's Cancer, Says He Was Sleepless For Seven Nights, Seven Days) 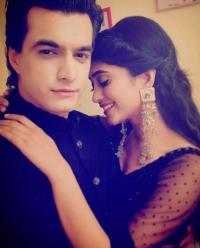 Shivangi and Mohsin surely make a stunning and lovely couple together. We wish them lots of happiness and success!