Mommy-To-Be, Pooja Banerjee Talks About Taking Forced Break From Work Due To This Reason

Mommy-To-Be, Pooja Banerjee Talks About Taking Forced Break From Work Due To This Reason

'Kasautii Zindagii Kay' fame, Pooja Banerjee, revealed why she is worried about her pregnancy and opened up on taking a forced break from work.

Pooja Banerjee has become a fashion icon with her portrayal of Nibedita Basu in a popular daily soap, Kasautii Zindagii Kay. Starting her career with MTV’s reality show, Roadies 8, Pooja has come a long way, professionally and personally. Pooja had found solace in her childhood friend and national-level swimmer, Sandeep Sejwal. The lovebirds had walked down the aisle on February 28, 2017, and since then, they have been giving us couple goals.

In an interview with ETimes, Pooja Banerjee had shared the good news with everybody and opened up about her pregnancy. She had mentioned how she had wanted to conceive in 2020 but had met with an accident on the sets of Nach Baliye. On December 8, 2021, Pooja had posted pictures of her mehendi, which she had got for her godh bharai ceremony. In the photos, we could see Pooja's mehendi-clad hands, and the unique design of a cute baby won our hearts. Along with it, Pooja had written:

Pooja Banerjee Talks About Life Post 'Kundali Bhagya', Reveals She Has Turned Her Motherhood Mode On

Pooja Banerjee Shares A Picture From Her Maternity Photoshoot, Flaunts Her Baby Bump In A Monokini

Pooja Banerjee Is In Love With Her Pregnancy Phase, Opens Up About Managing Her Work And Health

"And so it begins. SEJWAL Junior Arriving Soon." 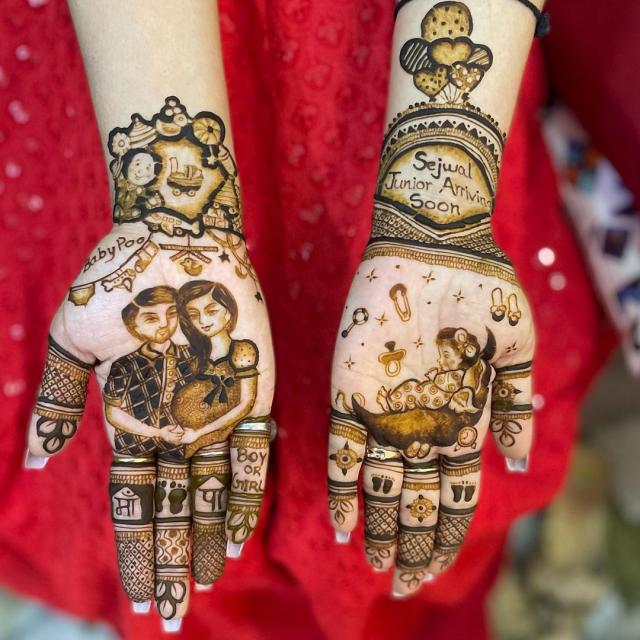 Television actress, Pooja Banerjee is expecting her first child with her husband, Sanjeep Sejwal, in March 2022. Talking about her pregnancy in an interview with the Hindustan Times, the actress talked about her pregnancy journey and worries related to Omicron. She shared that if the number of Omicron cases keeps on rising then she would need to take a break from her work from her daily soap. Further, she added that this would be a forced break from her work, as she had planned to take a leave much later. Talking about the same, she said:

“Suddenly I see cases everywhere, even in my building there are so many cases. We can’t be afraid of it. We all have to just take care of ourselves. I haven’t told the makers of my show that I am quitting as of now. If the cases are too many and if there is a scare then I might have to take a break and it will be a forced break long before I planned. But health comes first, I can’t help it. If it comes to that then you have to do it.” 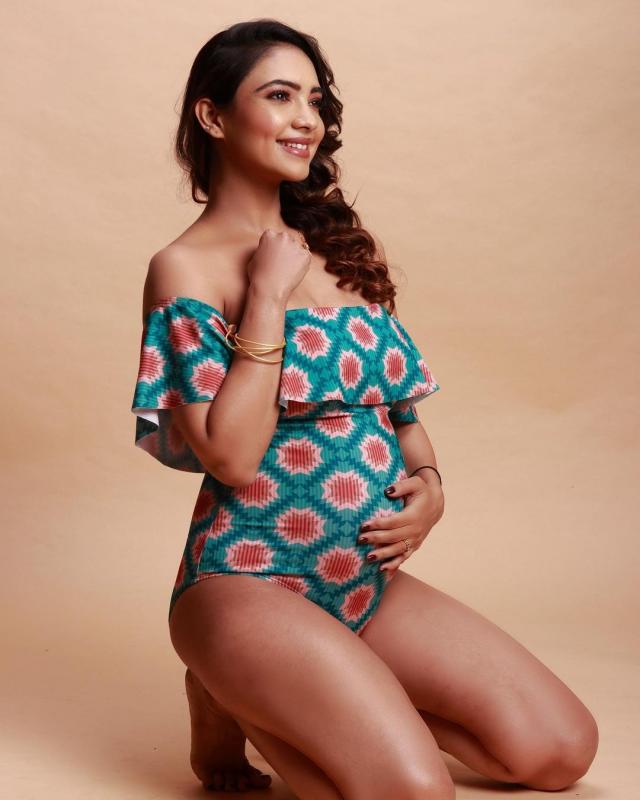 Pooja has been shooting non-stop for her daily soap, even during her pregnancy period. But the ricing cases of Covid-19 and omicron in Maharashtra are making great concerns regarding her work. She further tells HT, how last time they had to shift their shoots to Goa but this time she can’t afford to do that due to her health concerns. She further mentions:

“Shoots will go on for now. Last time we all shifted to Goa to continue with the shoot after the lockdown was imposed in Maharashtra. Right now, I can’t afford to do that obviously. If it comes to that, then I have to call it quits.” 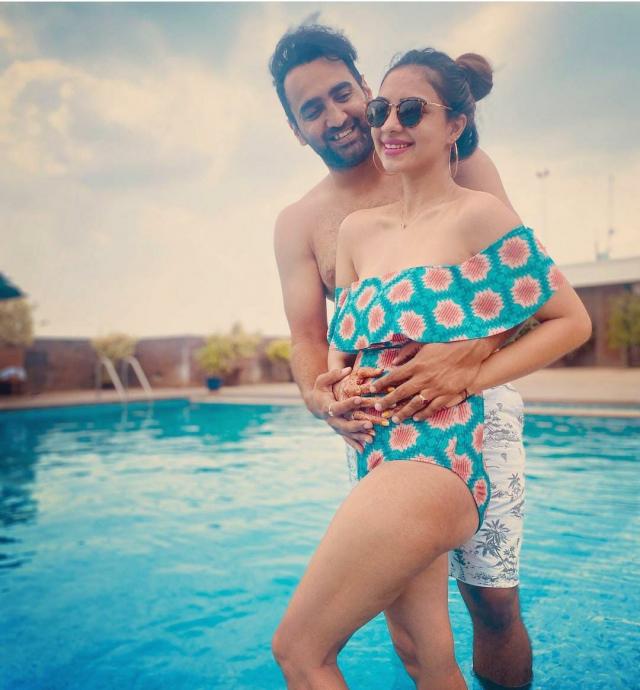 “I felt that something was not right. So, one day before leaving for the shoot, I went for a blood test. Around 4 pm, I got the report stating that I was pregnant. I asked Sandeep to pick me up that day, as I didn’t want to break the news over a phone call. He did a happy dance when he learnt about it (laughs!). Both of us want to have a daughter. I want to dress her and make her wear nice swimming costumes.” The actress was also asked if she would take a break from work and take care of herself and the baby. To which, the mommy-to-be had said that she hasn’t thought about it yet and mentioned that she would like to go with the flow. Pooja had revealed that the makers of Kumkum Bhagya are very considerate and make her comfortable while she is on the set. Pointing out the same, Pooja had said:

“I am working every day, I just took an off for Diwali and came down to meet my family and his as we didn’t meet them for so long because of Covid. It will be a full working pregnancy for me. I am one of the few female actors who is going to have that. We don’t see this very often because we were not very open about it. Even until a few years ago people were very scared to reveal stuff about their personal life fearing they wouldn’t get work.” 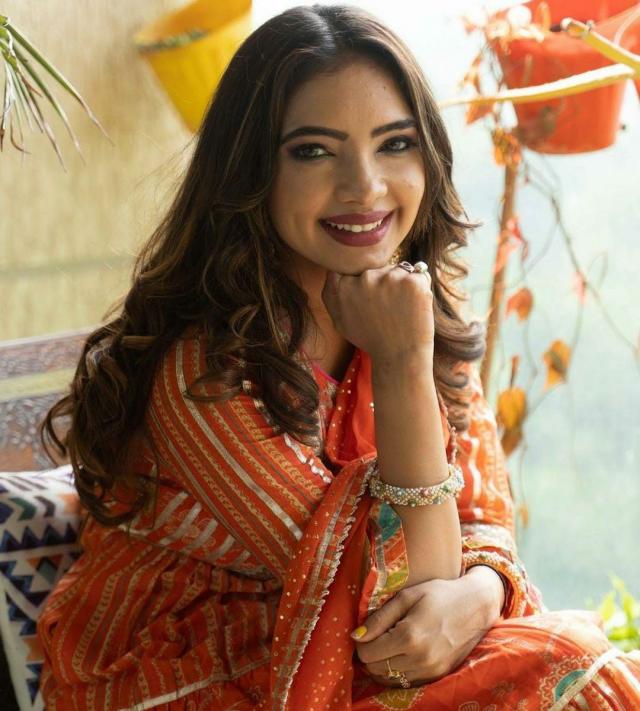 We wish a happy and healthy pregnancy to Pooja! 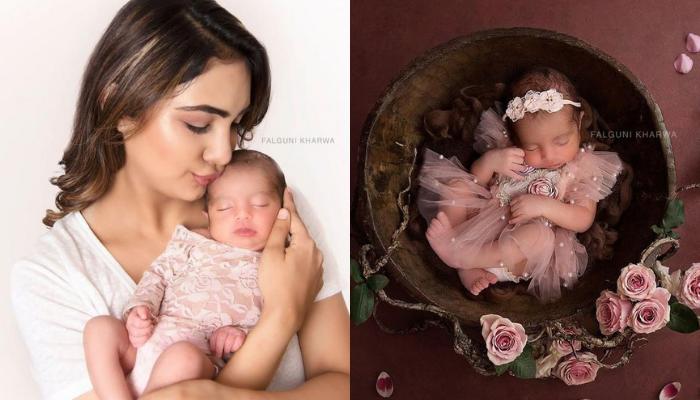 New mommy, Pooja Banerjee is enjoying every moment of her motherhood journey. From performing keertan to creating an Instagram account for their little munchkin, Pooja and her husband, Sandeep Sejwaal has proved that they are the coolest parents in the town. Amidst acing their parental duties, the duo never forgets to surprise

Pooja Banerjee Talks About Life Post 'Kundali Bhagya', Reveals She Has Turned Her Motherhood Mode On

Pooja Banerjee Shares A Picture From Her Maternity Photoshoot, Flaunts Her Baby Bump In A Monokini