Mohsin Khan And GF, Shivangi Joshi Dance Their Heart Out At His Birthday Bash With YRKKH Team

Mohsin Khan And GF, Shivangi Joshi Dance Their Heart Out At His Birthday Bash With YRKKH Team

Mohsin Khan a.k.a Kartik Of 'Yeh Rishta Kya Kehlata Hai' turned a year older and got a surprise birthday bash on the sets of his show. Scroll down to see him rocking his dance moves with Shivangi ! 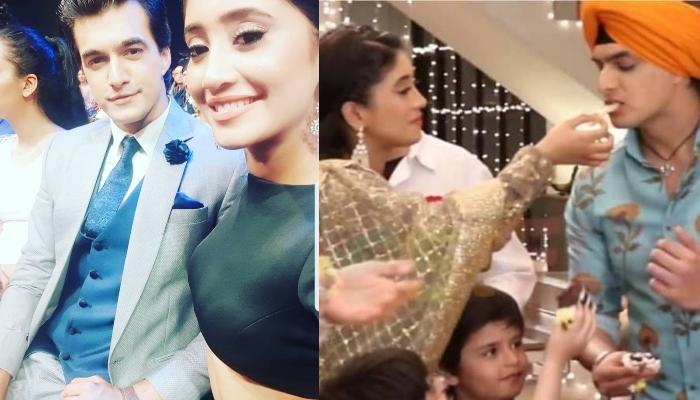 A birthday is the only day, we anxiously wait for the rest of 364 days. We love it since the time we hardly knew how to pronounce it and still the excitement and wait is the same. After all, it is the only day when all the people around you 'suddenly' start treating you as a celebrity. Long-lost friends remember you with a Facebook post and call you up to ask for the 'treat' that you are never going to give. Uhmm, that's the beauty of birthdays. Recently, Yeh Rishta Kya Kehlata Hai star, Mohsin Khan got a surprise birthday bash from the entire team of the show. (Recommend Read: Shah Rukh Khan Reveals What His Kids, Aryan Khan And Suhana Khan Had Asked Him On His 54th Birthday)

Before we take you further into the story, let us take a look at the entire nation's crush, Mohsin Khan's journey. The actor was born in a small town of Nadiad in Gujarat on October 26, 1991. At the age of eighteen, Mohsin had received his first paycheck of Rs 10,000 for Ceat Tyre Advertisement. And that gave his acting journey the necessary wings as he appeared in many advertisements. However, it was his acting debut in the show, Nisha Aur Uske Cousins, that made him every girl's ultimate love. 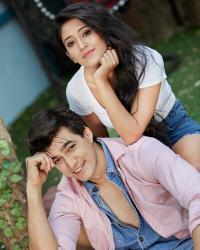 On October 26, 2019, Mohsin had celebrated his 28th birthday, and on November 2, 2019, the team of Yeh Rishta Kya Kehlata Hai threw a birthday bash for him. The pictures and videos of the same have been trending on the internet. In one of the pictures, we can see Mohsin cutting the cake with Shivangi Joshi and the entire cast and crew. Take a look at his birthday celebration below: 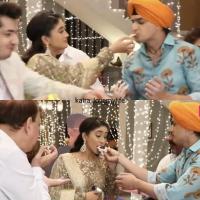 Coming to Mohsin and Shivangi's relationship, in an interview with The Times of India, Mohsin had opened up on the same. Ever since they started acting together in Yeh Rishta Kya Kehlata Hai, the rumours of their relationship were making the headlines. The actor had finally addressed them and had accepted of being in love with the gorgeous Shivangi. (Also Read: Malaika Arora Posts A Picture Of Son, Arhaan Khan Taking Care Of His Mommy) 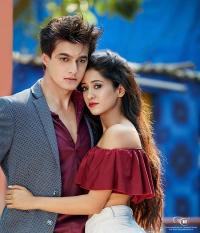 He was quoted as saying, "Several theories have been doing the rounds, including our link-up, but we didn’t allow it to affect our friendship or work. In fact, there was nothing to talk about initially, since we were just friends. Our friendship graduated to love only recently; it’s just been a month-and-a-half. We rang in the New Year with my family. Funnily, we haven’t gone out on an official date yet, owing to our erratic schedule. I haven’t really thought about it. I guess it’s her innocence. We are still exploring each other. It has been a long friendship and a beautiful journey, which has now blossomed into love." 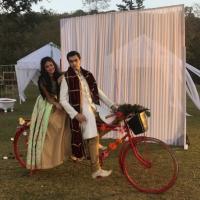 Mohsin and Shivangi often indulge in cute social media. We remember in the year 2017, on Mohsin’s birthday, Shivangi had shared an adorable message for the love of her life. She had posted a cute picture on her Instagram handle and had written,  “There's nothing more special than a super special friend like you. Hope your birthday is especially special like you. May the sweetest of your sweet dreams come true on the sweetest day of the year...your birthday! Happy birthday to the sweetest, sweetilicious sweetie of a sweetheart. I’d also like to say thank you for sharing with me all of the wonderful memories, and I hope we will make many more together in the future. @khan_mohsinkhan.”  (Don't Miss: Priya Ahuja's Recent Maternity Shoot Flaunting Her Baby Bump Is Cuteness Overloaded) 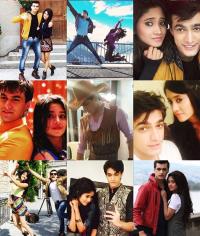 Well, we wish Moshin, the happiest year ahead!