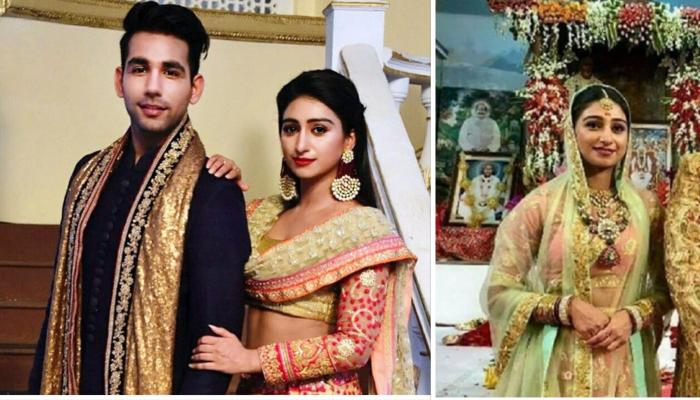 Wedding season has begun in India and m any of our favourite celebrities from tinsel town and telly land are entering doubles club. After the recently concluded wedding of telly land’s lovebirds, Prinice Yuvika Narula and Yuvika Chaudhary, here is the good news of another actress from the small screen getting secretly engaged. She is known not only for her beauty and demure, but also her acting skills and dance moves. We are talking about Keerti Goenka aka Mohena Singh of Yeh Rishta Kya Kehlata Hai fame. (Also Read: 8 Bollywood Divas Who Are Real Life Princesses And Belong To The Royal Family)

Yes, Mohena Singh, who won millions of hearts with her portrayal of soft-spoken and sensible Keerti Goenka from the hit show, Yeh Rishta Kya Kehlata Hai secretly got engaged in her hometown, Rewa in Madhya Pradesh. From last night, an unseen picture of Mohena, all decked up, standing with an unknown man is doing the rounds on Internet. If rumours are to be believed, Mohena, who started her journey from Dance India Dance, secretly exchanged the ring with her fiancé, in her hometown, Rewa. Mohena is looking gorgeous, wearing a pink and mint green lehenga paired with heavy kundan jewellery. 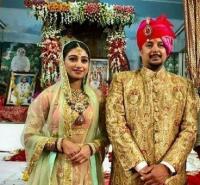 When contacted Mohena, she refused to divulge any information on her secret engagementor her fiance. All that she said was, “There is nothing concrete as of now. When something happens, will let you know." But rumour mills are abuzz that the pretty actress will tie the knot in December this year. A source from the sets of the show reveal that she took a three-day leave to attend her engagement ceremony. For the uninitiated ones, Mohena hails from the royal family of Rewa and she is a princess in real life. She participated in the popular dance reality show, Dance India Dance, in which she revealed that she is the princess of Rewa. (Also Read: Parineeti Chopra Asks Million Dollars From Nick For Joota Chupai, He Promised Double The Amount) 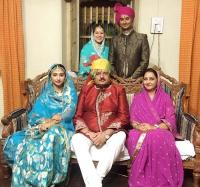 Her sudden engagement came as a surprise, to many of her fans as she was rumoured to be dating her YRKKH Co-star, Rishi Dev. Sources revealed that they shared a bong which was more than just friends. They always used to share pictures with each other and looked super-gorgeous together. The source revealed, “Their bond is becoming stronger by the day. The duo is more than ‘just friends’ now and everyone on the set is aware about their growing fondness for each other.” Anyway, looks like they are just friends and princess Mohena is happily engaged now, maybe to some prince (wink! Wink!). 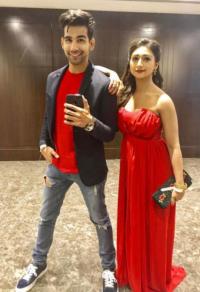 Well, it looks like there is shaadi ka season on the sets of Yeh Rishta Kya Kehlata Hai as Mohena’s on-screen mother, Parul Chauhan also recently got engaged and is all set to enter the holy matrimony in December 2018. YRKKH family and fans have two reasons to rejoice! We wish Princess Mohena Kumari Singh and her fiancé, a very happy and blissful life. Congratulations to the newly-engaged couple! (Next Read: Taimur Ali Khan And Inaaya Naumi Kemmu Celebrate Navratri Together, Play Dandiya In Ethnic Outfits)