Mohammad Nazim in a relationship with a renowned astrologer for the past 8 years. He spilt the beans about his upcoming 2020 wedding with her. He is about to get rokafied next week. Satrangi Mausam Ho… Ya Gham Ke Badal Ho… Phoolon Ki Sej Ho… Ya Kanton Ki Raahein Ho… Mere Humkadam Mere Humsafar… Raah Mein Chod Na Jaana… Har Kasam Tod Na Jaanaa… Sath Nibhana Saathiyaa… Sath Nibhana Saathiyaa- everytime this song would play during the beginning of this once highest TRP-grossing Star Plus show, Sath Nibhana Saathiya, we would be eager to see what evil Rashi dikra had planned to downcast Gopi bahu infront of her hubby, Ahem and her saas. As the show went by, we grew fonder of the phenomenal chemistry between reel-life partners, Gopi and Ahem. And looks like Ahem, played by Mohammad Nazim, is soon going to stun us equally with his bonding with real-life ladylove! (Do Read: Bipasha Basu's Husband, Karan Singh Grover Calls Her With The Cutest Names, The Actress Reveals It)

Sorry to break your hearts but your favourite Ahem, a.k.a Mohammad Nazim is an all-taken man! Yes, the dapper actor has been in a relationship with a renowned astrologer, Shaiena Seth (her real name is Adhvita) for the past 8 years. Although a private man, Nazim recently opened his heart out in an interview as he spilt all the beans about his upcoming 2020 wedding with Shaiena. Yes, the duo is all set to become each other’s mister and missus, and is most likely to get rokafied in the next week! More such interesting details about Nazim’s relationship lies for you in the later paragraphs to come. 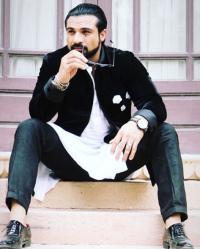 In an interview with The Times of India, Mohammad Nazim confirmed the news of his upcoming 2020 wedding. He revealed, “Yes, Addu (that’s what he calls her fondly, as her original name is Adhvita) and I plan to get married soon. My family is visiting me next week and we are likely to have a roka ceremony then.”

As many of you must have already figured out, Mohammad Nazim and Shaiena Seth belong to different castes. Has that ever posed as a boundary for this couple? He revealed, “A house functions better when the partners share a good understanding. I am determined to do everything that it takes, to make our future beautiful. My family, too, is extremely fond of her and are waiting for us to get married. As far as religion is concerned, I have never forced my faith or beliefs on her. She is free to follow whatever she chooses to.”

Mohammad Nazim also shared how he and his ladylove, Shaiena Seth met. The Bahu Begum star stated, “We stayed close by and would often meet up with our common friends. Funnily, our friends would feel left out, as the two of us wouldn’t stop chatting with each other. We became friends first and I proposed to her six months later. What piqued my interest was that she never asked for my number when we were friends. It was only after I made up my mind to propose to her that I exchanged numbers with her.” (Must Read: Paras Kalnawat Of 'Ishq Aaj Kal' Fame Talks About His Love Life And Shares He Is Already Committed)

What made Mohammad Nazim fall in love with his astrologer-girlfriend, Shaiena Seth. He shared, “I fell in love with her simplicity, maturity and caring nature. For Addu, family comes before everything else. She doesn’t have a father and started working at an early age to take care of her mother and brother. Nowadays, children want to break away from their families and seek independence. But she has worked hard for the sake of her family. Apart from that, we also connected as friends. I can talk about anything with her, not just work. We are emotionally attached to each other and she has been a great support to me throughout.” 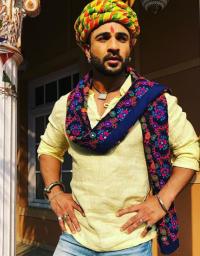 Every relationship consists of ups and downs. Mohammad Nazim reveals if his and Shaiena Seth’s love life grew amongst happiness and obstacles, “We have had our share of fights, but we stayed together. We fight over petty things, but resolve our differences almost immediately.” Nazim also revealed how Shaiena reacts to linkup rumours, “Addu is understanding and knows what my profession entails. We would often get into arguments because of some rumours she might have heard about me being in a relationship with an actress in the past. However, I have always told her to trust me and avoid paying heed to such rumours. I am and will always be loyal to her. I make her understand that it’s a part of my profession and she should ignore these rumours.” (Also Read: Urvashi Dholakia's Ex, Anuj Sachdeva Reveals He Took Some Time Before Saying Yes For 'Nach Baliye 9')

In a July 2015 interview with SpotboyE, Mohammad Nazim had spoken about his wedding plans. He had stated, “Well, everyone knows that I am not single. But yes I am planning to tie the knot very soon. If all goes well, by the end of this year or next year I will be a married person. It will be a love marriage but yes my whole family is involved and they are happy about it. It will be a grand affair, after all, it's only once that we get married (laughs).” 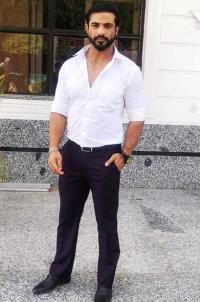 And now we know! Tonnes of congratulations to Mohammad Nazim and Shaiena Seth!